Ronald Stoeferle:  “In contrast to fiat currencies, gold supply has grown by only 1.6% per year. This clearly underscores its relative scarcity!” (see the astonishing chart below) 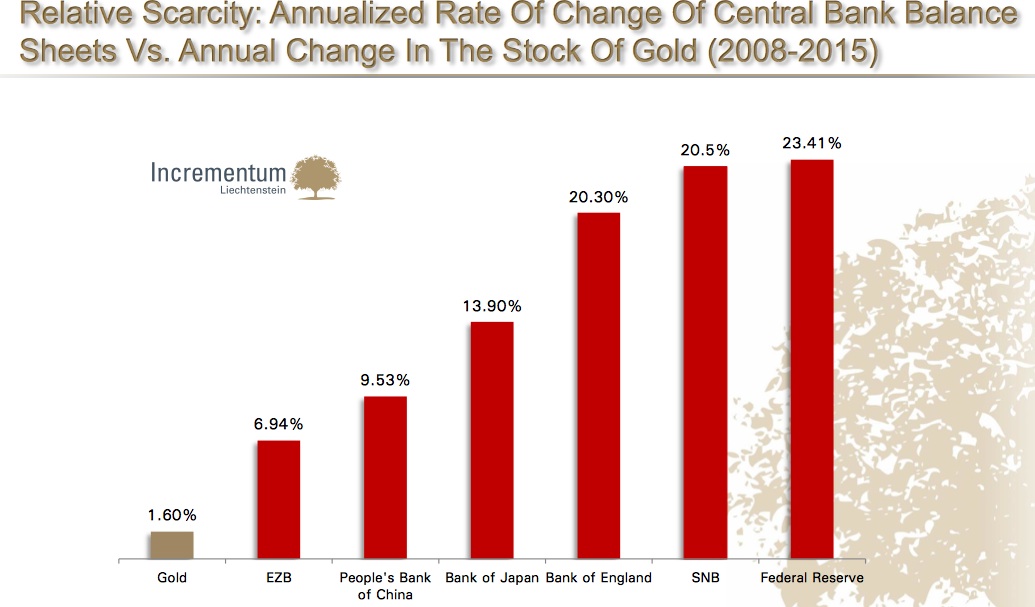 King World News note:  If you look at the chart above it is truly astonishing.  The rate of the supply of gold in the world has only increased at a rate of 1.6 percent per year from 2008 – 2015.  Now look at the extraordinary explosion in the rate of change in central bank balance sheets from 2008 – 2015.  It is in the midst of this insane and unprecedented global monetary backdrop that the central planners have been artificially forcing the price of gold lower through paper manipulation.  This has created one hell of a bargain for buyers of physical gold.  It has also created a coiled spring in the gold market that is just waiting to be released on the upside.

***KWN has now released the tremendous Rick Rule interview, where he discusses the chaos in China and global markets as well as what to expect in the gold and silver markets CLICK HERE OR ON THE IMAGE BELOW.