With oil rallying and the Dow near the 21,000 level, Doug Kass just issued this dire warning.

New Highs but No Follow-Through
By Andrew Adams, at Raymond James
May 10 (King World News) – The S&P 500 looked as if it was going to make a big move yesterday morning, hitting a new all-time intraday high in the first hour of trading. However, in what was admittedly some pretty poor technical action after that, the index struggled to build on that breakout and ended the day beneath the closing prices of the last two sessions…

I included the chart below last week, and those red resistance lines seem to still be acting as some selling pressure. Now, the next couple of days become important, as ideally we do not trade back below the low from last Wednesday (2379). And obviously another breakout to new all-time highs that helps distance the index from the recent trading range is what we want to see on the upside.

Enough About the “Fear Index”!
I have made my feelings known before about the Volatility Index (VIX) and how I really have only ever received actionable signals based off it when it spikes up very quickly to represent a selling climax. Otherwise, it generally just bounces around inversely to the S&P 500 and right now is simply confirming what we already know – that the market really hasn’t sold off in a quite a while. Yet, with it now drifting under 10, something it has rarely done over the last 25 years, I’ve seen a whole host of headlines acting like it’s the end of the world as we know it. Thankfully, Bespoke Investment Group is there to remind us that “as far back as four years ago people were telling us that the ‘low VIX’ then was a warning sign” and “…in the early 1990s, these occurrences [of VIX under 10] came nowhere near a peak, and even in the mid-2000s, it took the S&P 500 more than two years to peak following the first occurrence in 2005.” Downside volatility will pick up eventually because that’s the way markets work, but that volatility will lead to a higher VIX rather than a low VIX leading to more downside volatility. 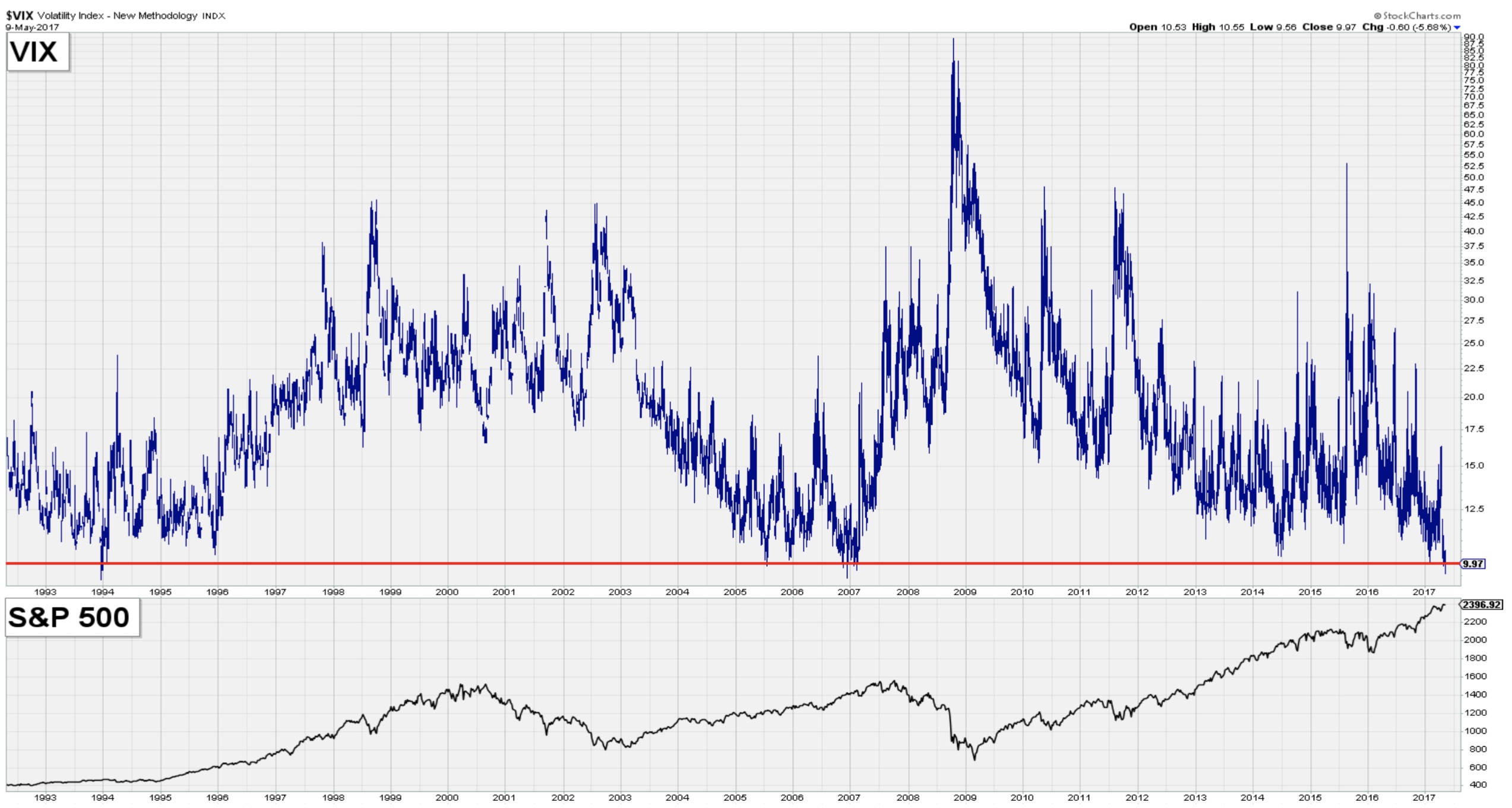 King World news note: I would just add that the last time the VIX showed a similar reading was near the beginning of 2007. That happened to precede the 2008-2009 collapse. We’ll see what happens this time.