Conditions are similar to 2007, prior to the stock market crash, worries about the economy mount, rate cuts will not save it, plus big picture for gold remains bullish and silver may join the party. 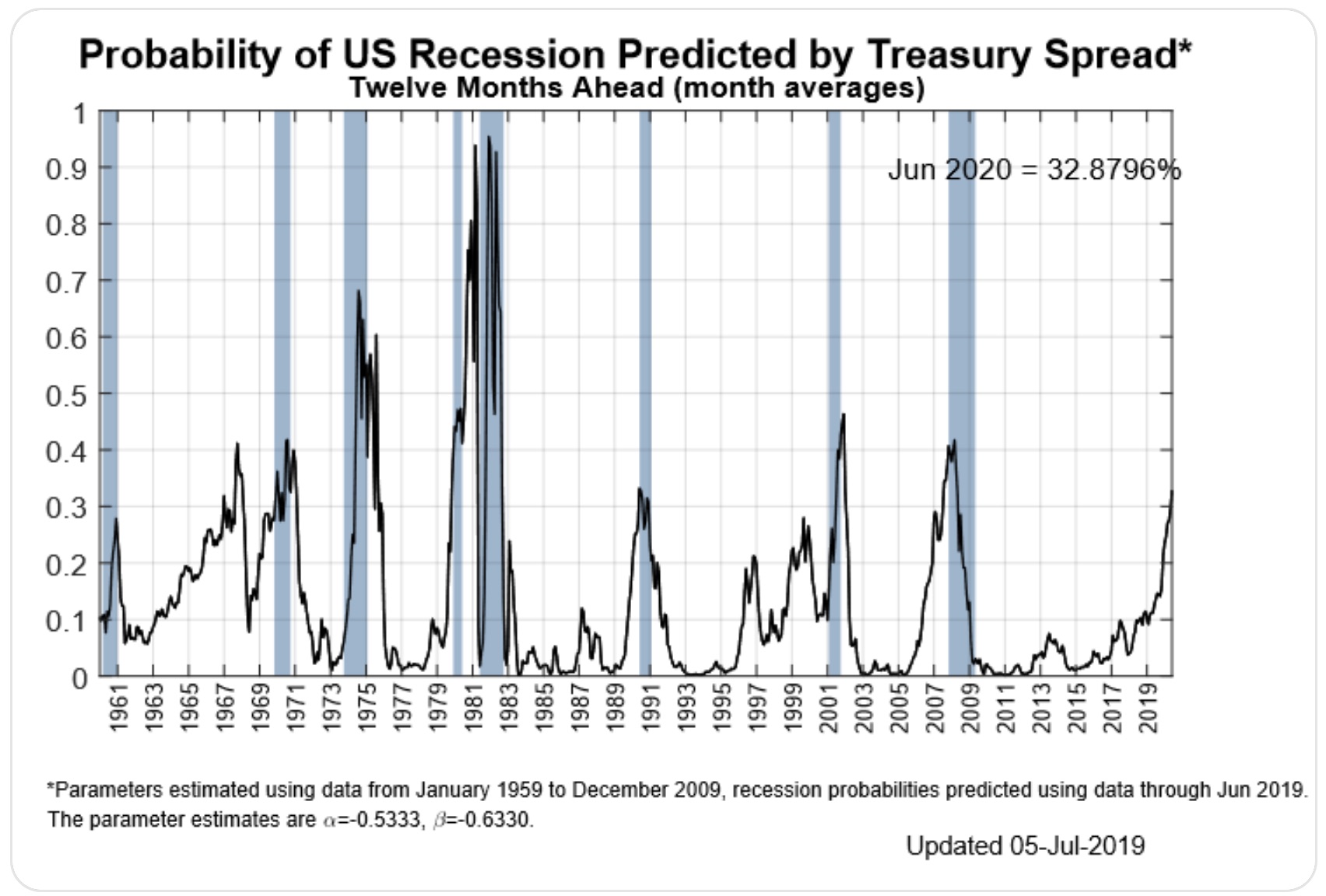 Rate Cuts Will Not Save It
Mike Larson, Senior Analyst at Weiss Ratings, continues:  “The Fed started cutting well before the 1990 recession…& it didn’t head it off. The Fed also started cutting sooner to the onset of both the early-2000 & late-2000 recessions. That also failed to head them off (in latter 2 cases, SPX also plunged 50% & 57% respectively). White line in this chart is the federal funds target rate, green line is S&P 500, red bars are periods of recession just FYI … (See chart below). 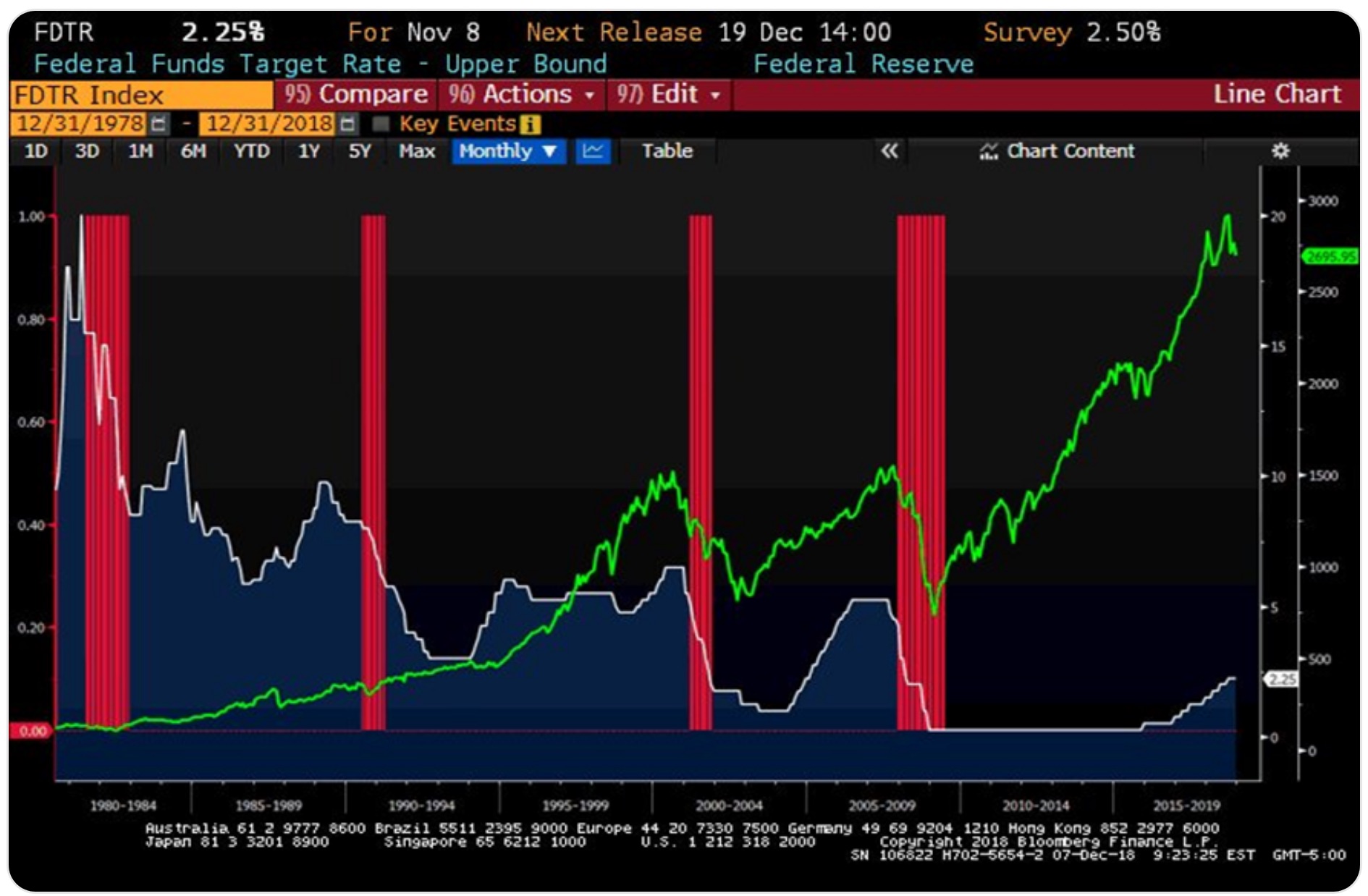 Conditions Similar To 2007, Prior To Crash
Sven Henrich:  “S&P 500 use of cash for investing for growth lowest percentage since 2007, a time when over 30% of cash was used for buybacks, similar to now. (See chart below).

Conditions Very Similar To 2007, Prior To Market Crash 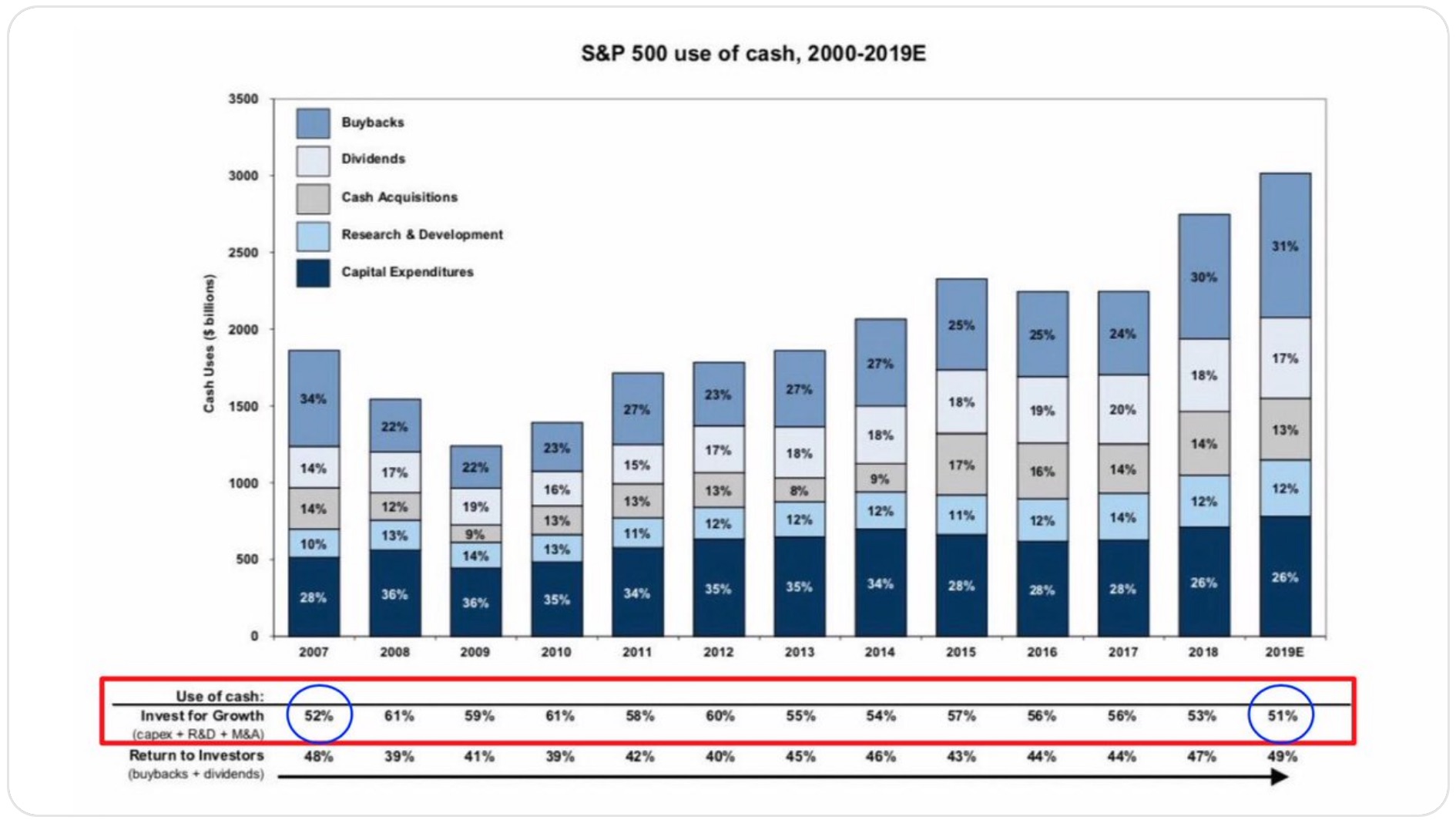 Lagarde And Market Alarms
Jeff Snider at Alhambra Partners:  “In Nov ’08 Lagarde said they would put in place system which “will ring the bell when a threat to the system emerges.” They didn’t need to since there’s been mkt alarms for 12 years; people like Lagarde simply ignored them. Just like she did last year. (See chart below). 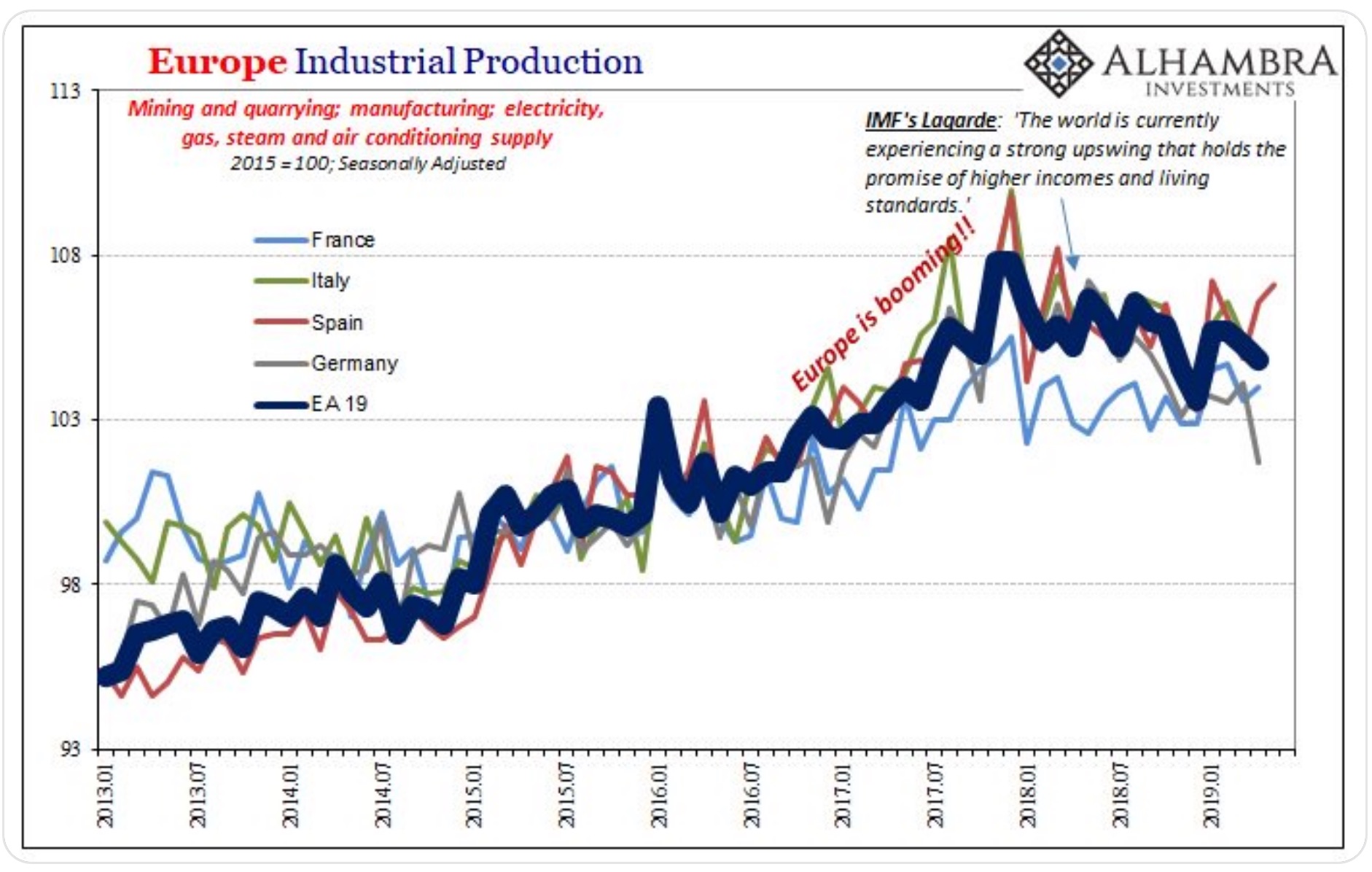 Lagarde’s Track Record Troublesome
Jeff Snider at Alhambra Partners:  “Mario Draghi’s retirement had presented an opportunity, especially for someone who isn’t an Economist to figure things out. Instead, ECB nominates Christine Lagarde. Though she isn’t an Economist, she’s proven no different. (See chart below).

Lagarde Has Proven No Different 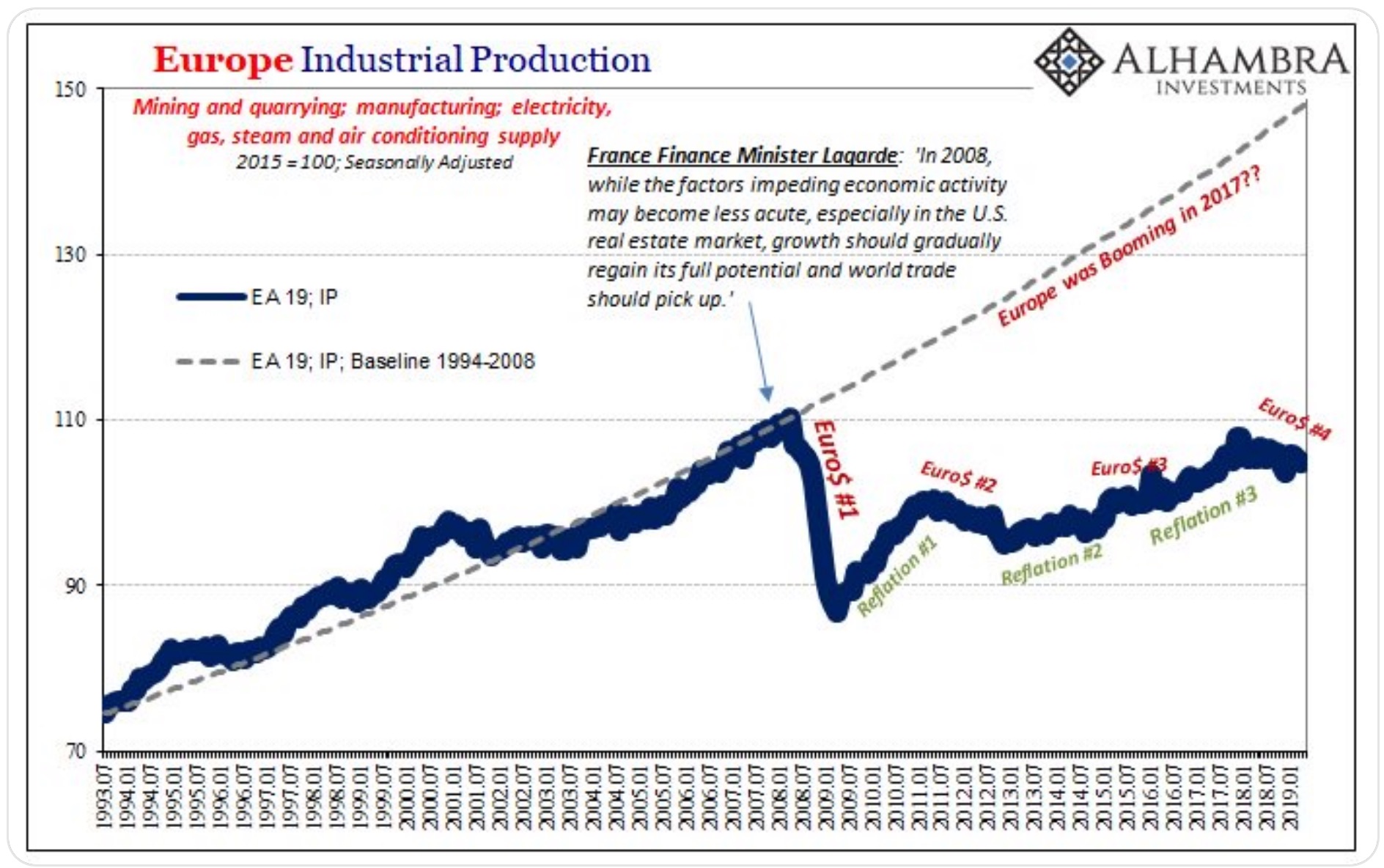 Silver Breakout Coming
Stefano Bottaioli, Italian analyst:  “Silver: a large pattern under construction which looks like a bullish Head and Shoulders and which is completing the right shoulder with a correction in 3 waves (Up, Down & Up) mirrored to the left … Beyond (See chart below). 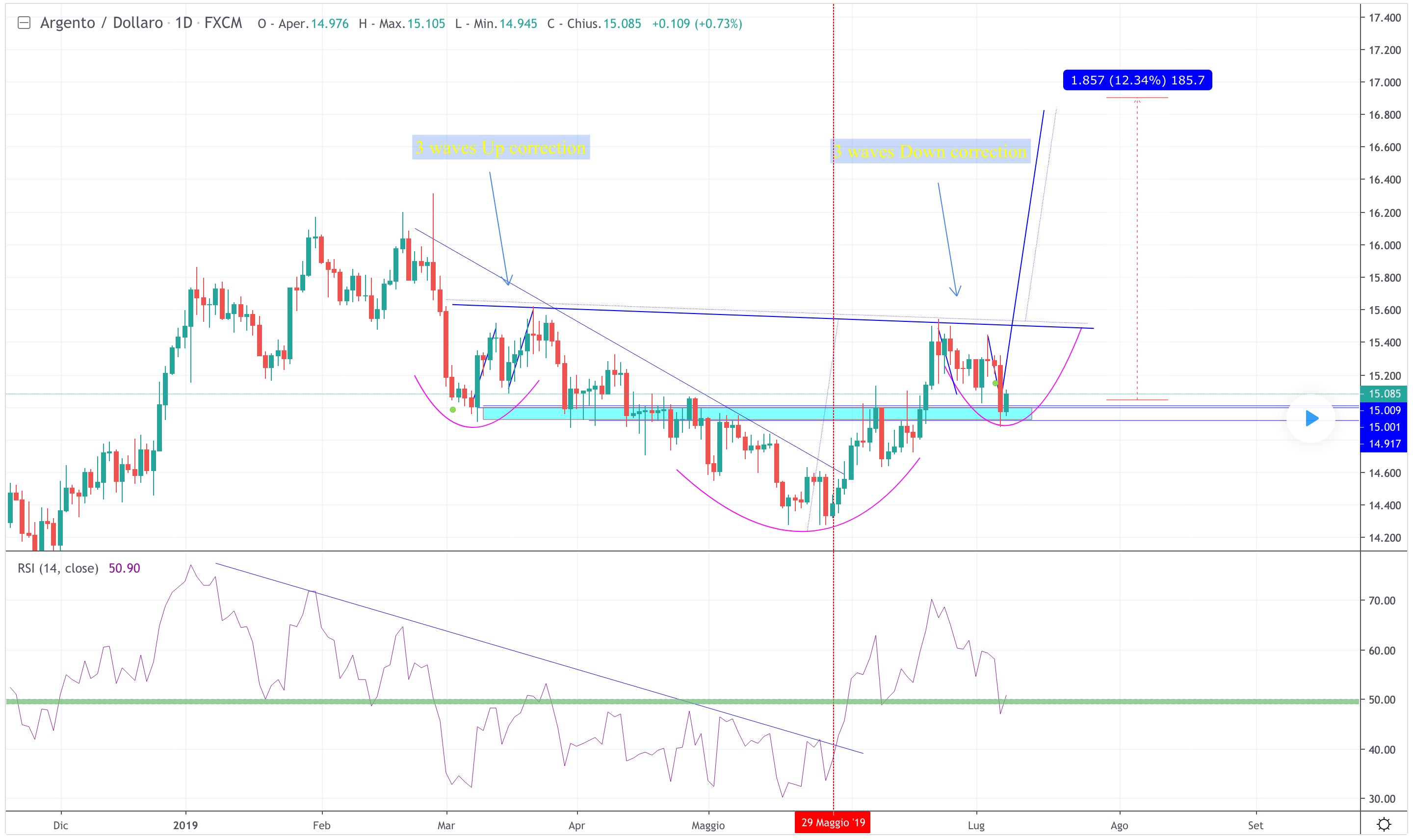 Gold Remains Bullish
Robert Alexander:  “My big picture view for gold has not changed, even if we get some pausing along the way at resistance points. They will likely come in the form of box consolidations or bull flags and pennants. (See chart below). 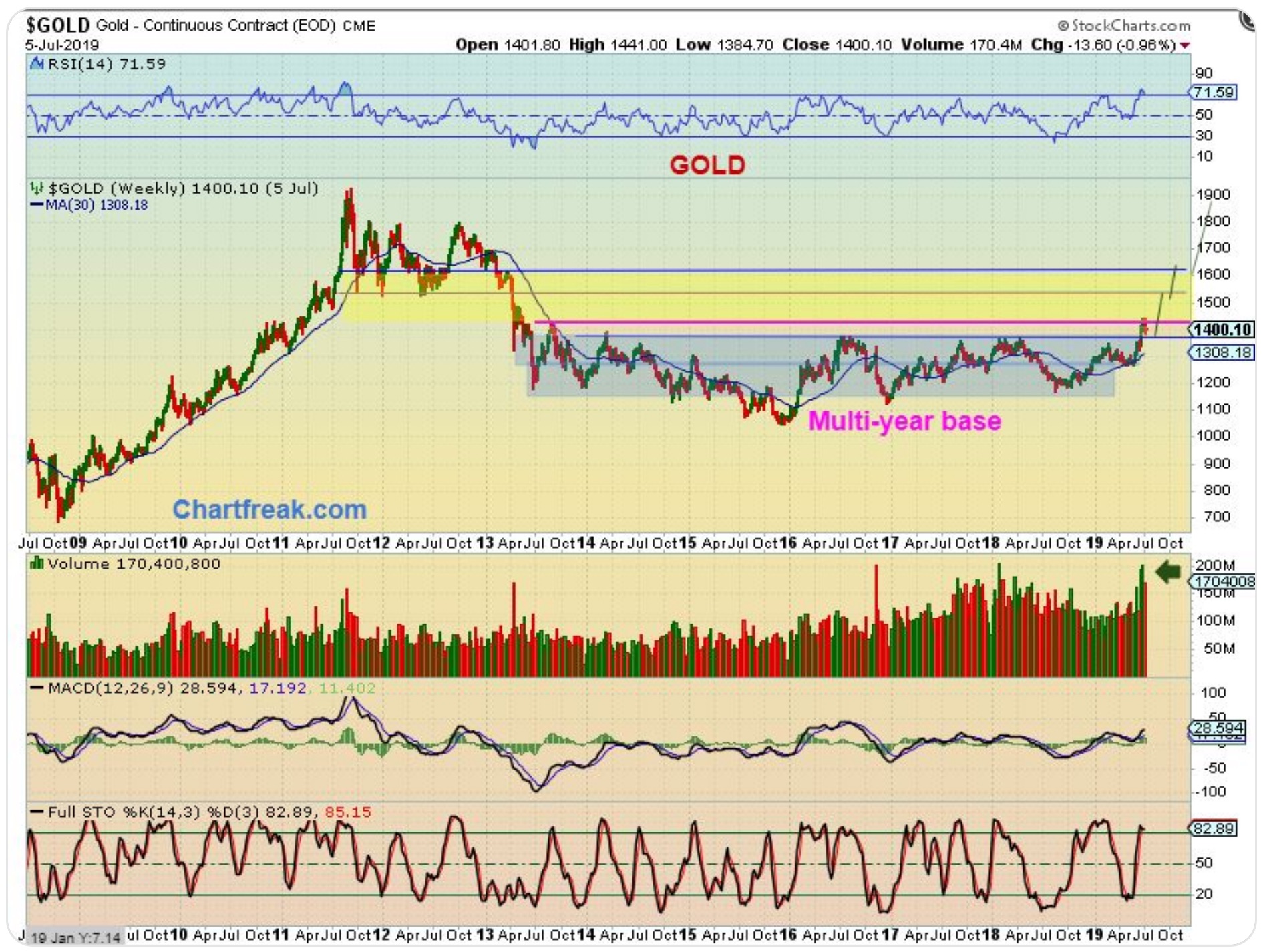 This Can’t Be Real
READ THIS NEXT! THIS CAN’T BE REAL: Look At What Just Cratered, Plus Markets Are Not Fair CLICK HERE TO READ

Greyerz – The Road To $18,160 Gold And The Wisdom Of Jesse Livermore CLICK HERE TO READ

The Price Of Silver Is Finally Ready To Launch Higher, Enjoy The Ride CLICK HERE TO READ

Big Moves Being Made In Gold & Silver Markets