With the dollar rallying along with oil, gold pulling back and the dollar rebounding, here is a stunning look at gold, oil and bubbling stocks.

Post-Election Rally Getting Long in the Tooth
By Andrew Adams, at Raymond James
September 13 (King World News) – If it feels as if the market hasn’t gone down in practically forever, it’s because it hasn’t. In fact, Bespoke Investment Group notes that this is now the second longest rally without a 3% correction on a closing basis since 1928. Another two months of this streak and it will pass the 370 day period in 1994-1995 that currently holds the record. 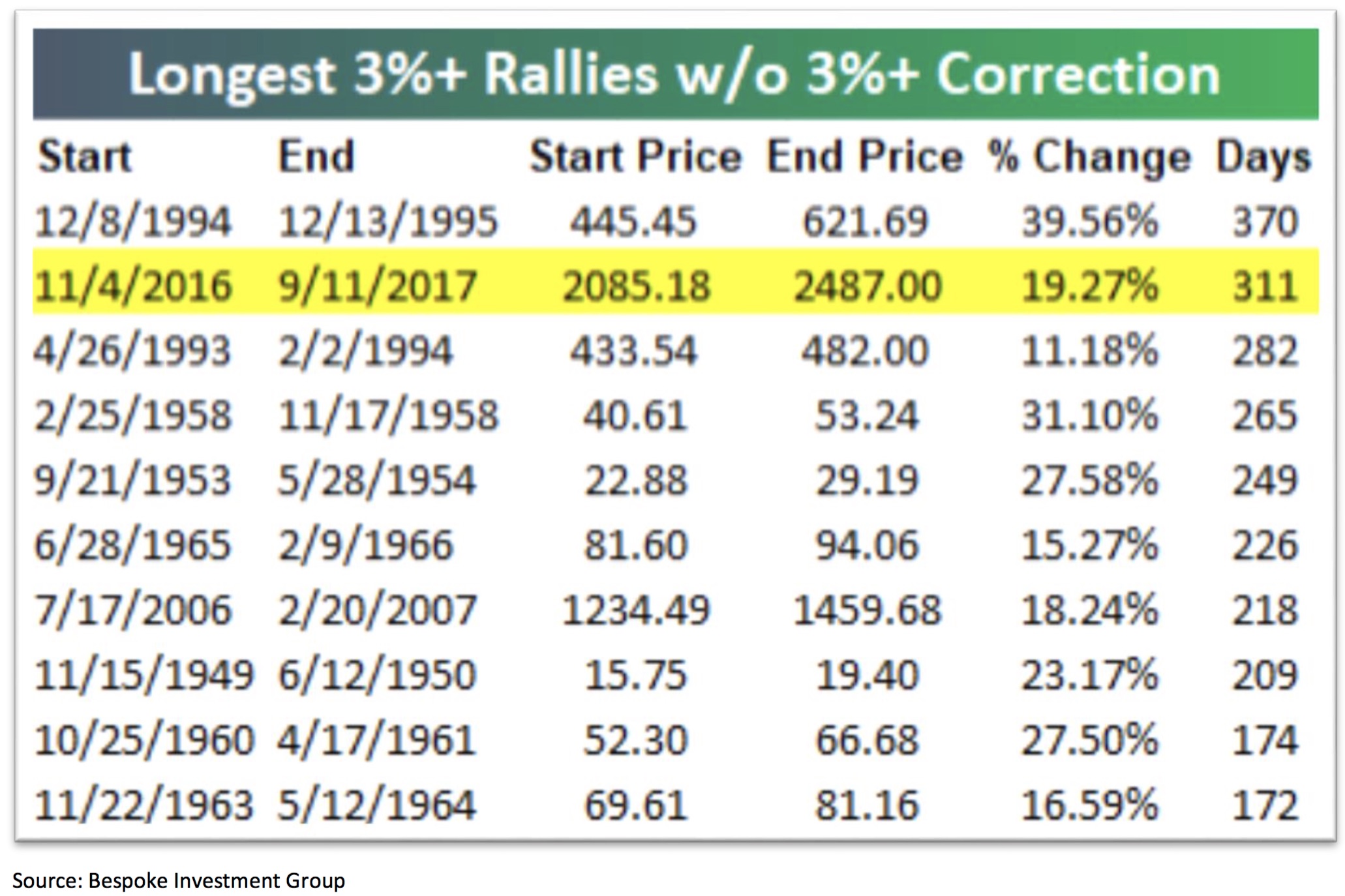 A clear resistance line can be drawn from the highs since February, and that line continues to make it difficult for prices to rise too much. However, the action lately has been better, and oil bulls will now look for the commodity to stay above the $45.50-47.00 area.

Energy Sector Close to Breaking Out
The more favorable backdrop for oil and the stock market has allowed the Energy sector to rally lately, so much so that it is close to breaking out above the most conservative downtrend line drawn from early December. We have been burned a few times before looking for a bottom in energy, but it still seems the sector has more potential upside than any of the main S&P 500 sectors given the prolonged poor performance. 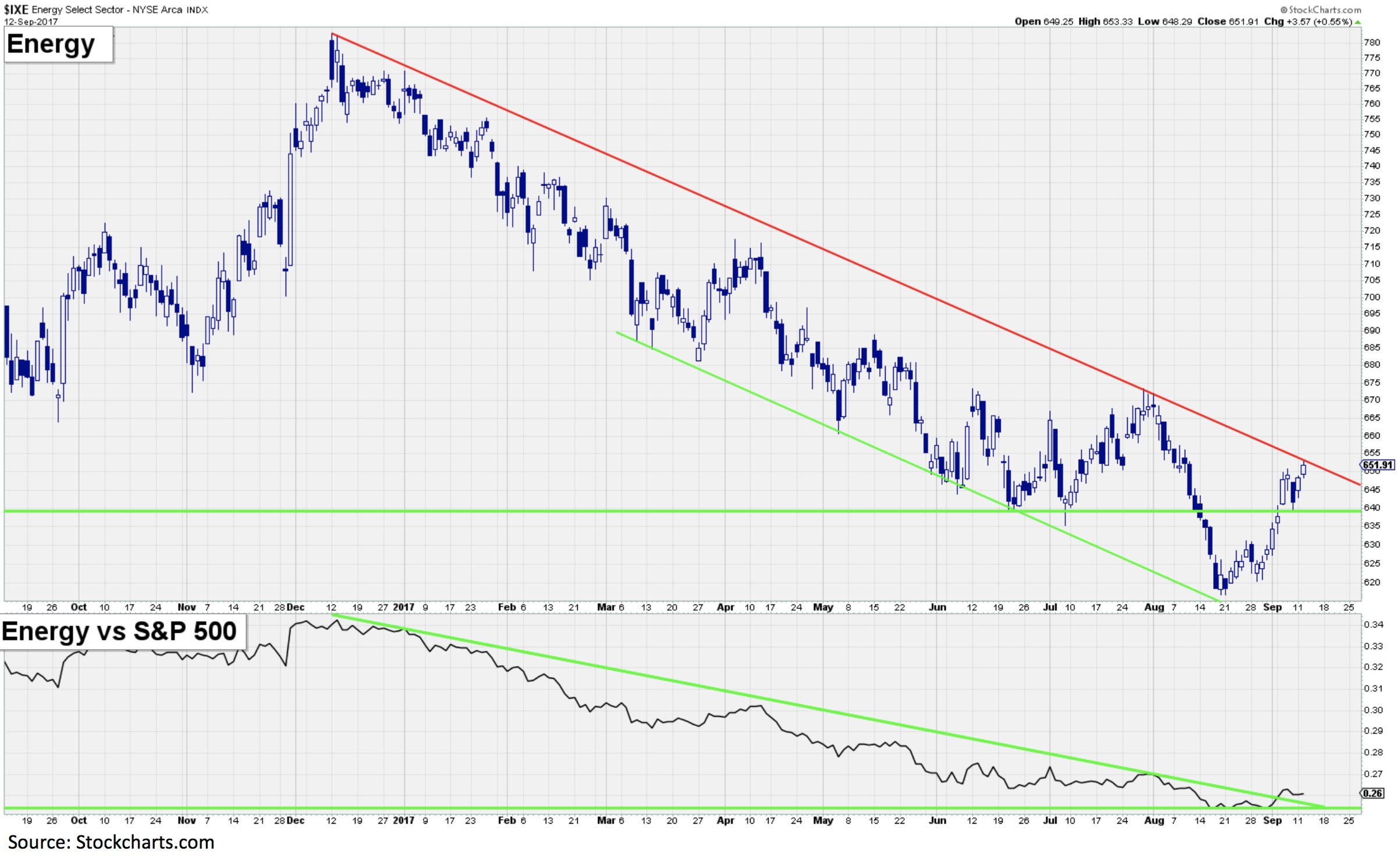 Gold Pulling Back
The reversal in interest rates has coincided with a pullback in gold, which had been red hot before the drop. The overall action in gold remains good, however, and if it pulls back to the $1300-1315 area, that could represent a good entry point for someone looking to take a shot on the metal.

Buy the gold oval if given a chance

Zooming Out
The longer-term look at gold reflects the important breakout that has occurred over the last couple of weeks. The most conservatively-drawn downtrend line since the 2011 top has now been broken, and it now looks more interesting on a longer-term basis for an investment. $1375 will be the first major obstacle, but it’s worth watching closely. 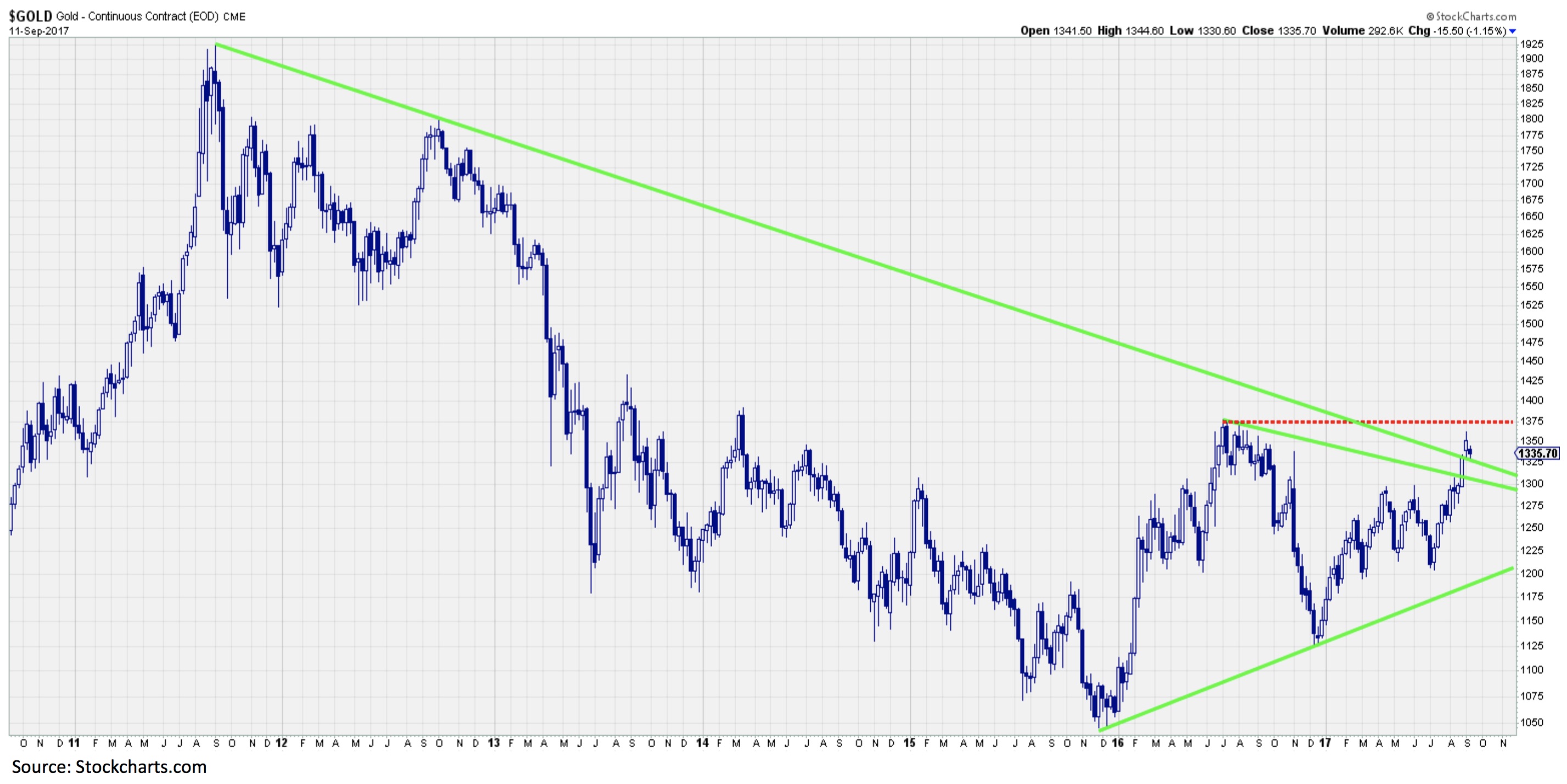 Look At What Is Happening To US Household Incomes