With the Dow trading well above 25,000 as the price of crude oil attempts to stabilize, Tom McClellan says investors should expect euro gold to lead the way for the gold price.

Euro Gold Leading The Way
June 7 (King World News) – From Tom McClellan, Editor of the McClellan Report:  Gold in € has moved to a 2-yr high, exceeding by a few centimes the high it made in Sep. 2017. The € price of gold broke its declining tops line in April, a feat that the $ price has yet to match. When the two plots disagree, the euro price plot usually ends up being right. 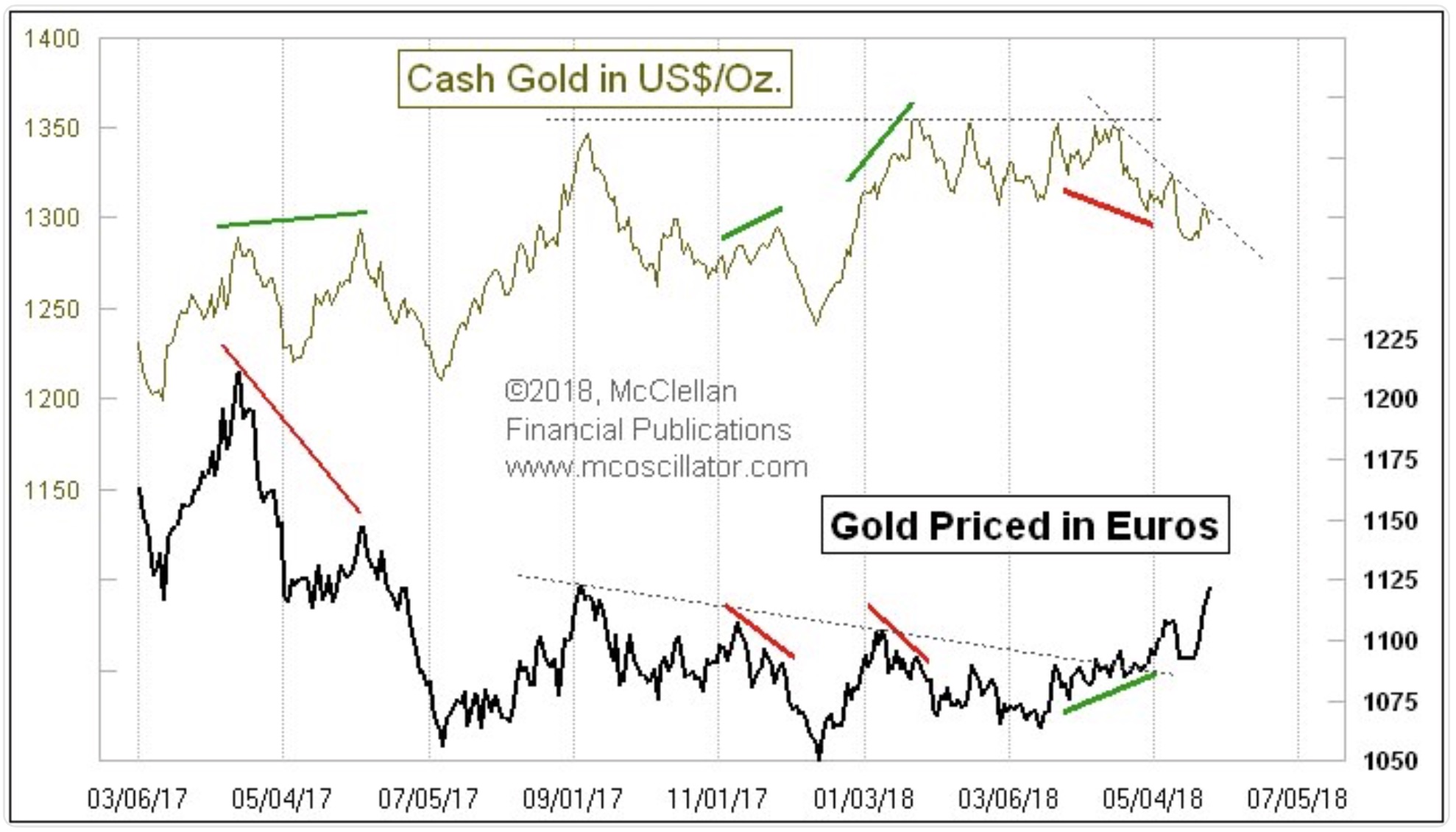 What If A 2008 Stock Market Crash Unfolds?

McClellan continues:  Gold did sell off in 2008, although by less than other asset values. And the important point from that period is that the euro price plot showed strength then ahead of the dollar price plot. And it was right. 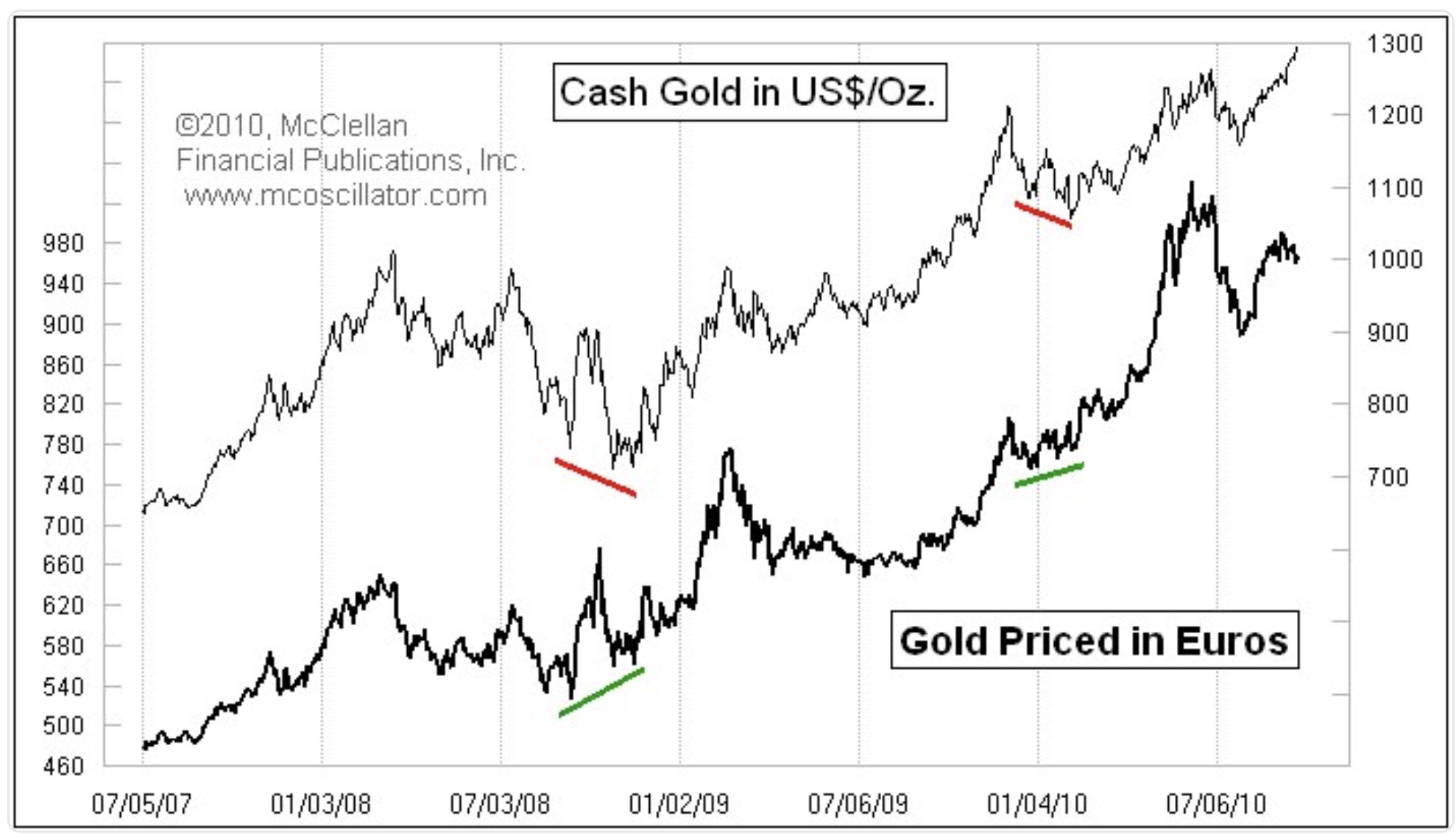 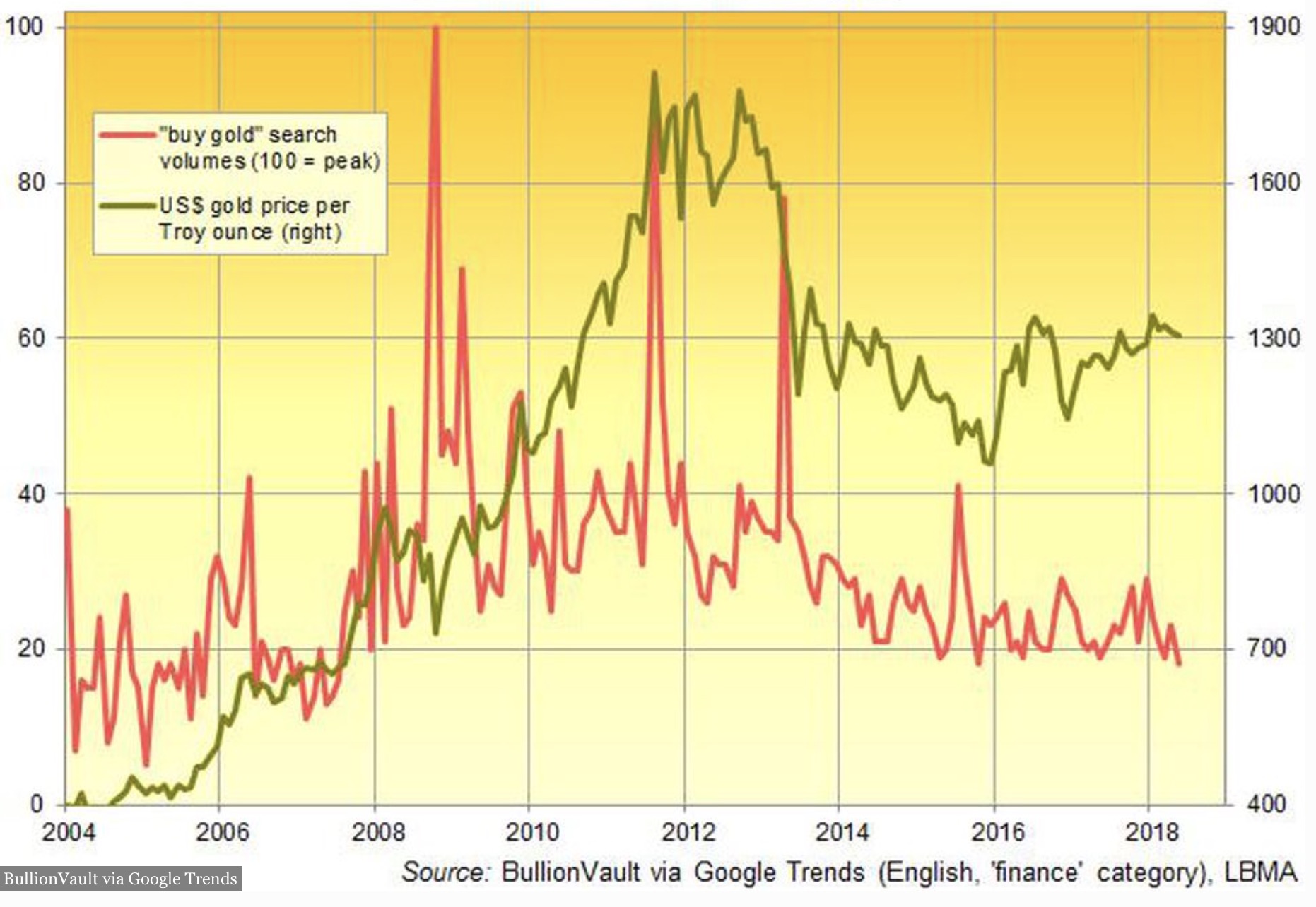 King World News note:  Although games are still being played in the paper gold market by the bullion banks, the clock is ticking for the bears. Gold will break above $1,400 and explode higher, it’s just a question of when the manipulators will lose control.

And the KWN audio interviews will resume this week with London whistleblower Andrew Maguire!