On the heels of yesterday's nearly 4-hour trading halt at the New York Stock Exchange, today the top trends forecaster in the world spoke with King World News about what he called a "suspicious" halt to trading in New York.  Celente wonders if the halt was done to prevent a possible crash from unfolding in U.S. stocks, like the crash that just took place in China.

Gerald Celente:  “It’s very suspicious to me that the New York Stock Exchange was closed for nearly 4 hours yesterday, especially considering what was unfolding overseas in China….

Desperate China Moves To Stop Its Markets From Crashing

“For the past two weeks China has done everything it could to prop up its failing equity markets.  China’s stock markets have crashed.  So China just stepped in to rig its markets in a desperate attempt to halt the crash, which has resulted in today’s bounce.

In fact, today the China Security Regulatory Commission said that any shareholders, including foreign investors and investment companies, who hold more than 5 percent stakes in any Shanghai or Shenzhen listed companies cannot sell their stocks for the next 6 months! (Laughter).  This is unprecedented.  So China is literally rigging its stock markets. 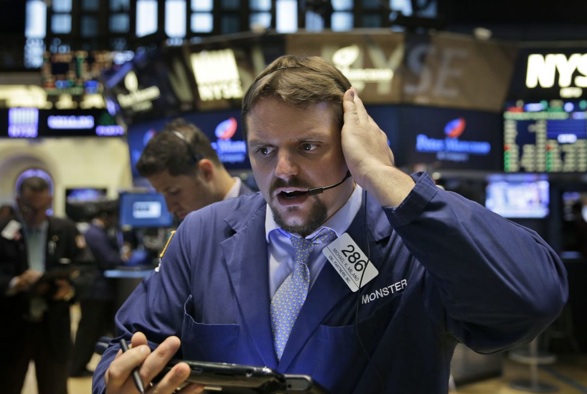 The people running the NYSE were watching China’s stock markets crash, and all the sudden they shut the NYSE down in the U.S. and canceled all of the open orders.  The NYSE was beginning to look like it might go into a possible free-fall, and then the market is suddenly shut down until they can calm things down?

As I’ve been saying to you, Eric, there is panic on the streets.  Greece just announced they are closing the banks until Monday.  Look at what’s going on with copper, iron-ore and nickel prices — it’s a collapse of commodity prices because there’s a global collapse underway.  It’s happening around the world and people can hear it if they just listen. 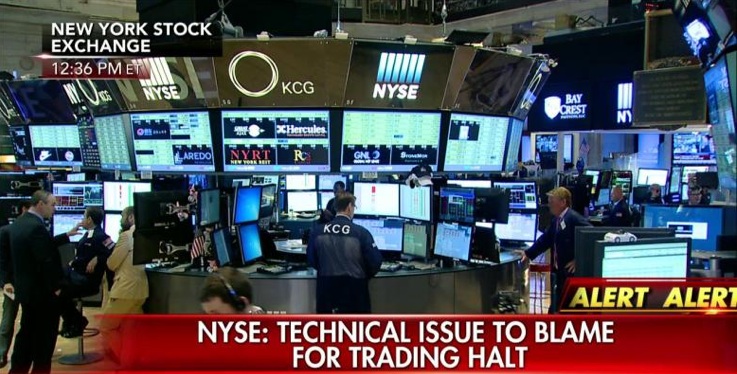 Was NYSE Trading Halt An Attempt To Stop A Possible Crash In U.S. Markets?

This all ties back in with the suspicious closing down of NYSE trading for nearly 4 hours.  I watched for a long time, waiting to see what the reason was for the halt.  It was nearly nearly 2 hours before they came up with an excuse.  How could they take so long?  A crisis was clearly in progress in global markets.

The question is:  Was the suspicious NYSE trading halt an attempt to stop a possible crash in U.S. markets?  We don't know what was going on — there may have been no bids underneath the market. We'll never know the real reason for the halt.  And now they have the S&P futures up more than 12 points in overnight trading.

I will say it again, Eric:  There’s panic on the street and what they are doing is trying to cover up the panic by rigging the markets.  As I said in our interview last week:  What is happening in China is reminiscent of the 1929 stock market crash, and that crash is soon going to unfold in markets around the world.” ***ALSO JUST RELEASED: Physical Gold And Silver Markets Are On Fire As People Around The World Lose Confidence In Central Planners CLICK HERE.