Eric King:  “You mentioned about the Fed and the right way to take back control of our money — can you talk about that?”

Larry Lindsey:  “Yes.  One of the things on my resume is that I was a Fed Governor for 5 1/2 years.  And if you look at our history and the history of a lot of other countries, we tend to alternate between paper money and specie like gold…

Larry Lindsey continues:  “The reason is that both have advantages and both have disadvantages, and in 1913 they created the Fed and they tried a hybrid.  They tried to link the dollar to gold, but that went away and Roosevelt confiscated the gold.  Nixon refused to give the gold to foreigners, so now we’re on pure paper money.

But when we were taking tests in school they had that thing, ‘What comes next?’  So let’s see:  It was paper, gold, paper, gold, paper — fill in the blank.  What we are doing right now is we are pushing the envelope on the benefits of paper, but this will end badly and that’s going to be a problem.

What we need is the Constitutional right to settle contracts in things other than Federal Reserve Notes.  And I think if we have that right, they (the Fed) will have competition and they will have to mind their P’s and Q’s better.”

Eric King:  “Larry, what about the role of gold going forward?”

Larry Lindsey:  “If we keep going the way we’re going, I think we will have to go back to having at least some role for gold in the system.  Right now the Federal Reserve has a little over $4 trillion on its balance sheet. 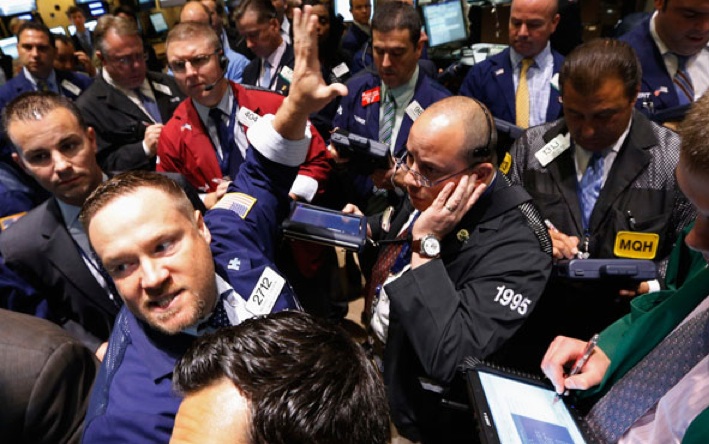 Collapse Will Force Gold To Reenter The Monetary System
So the money out there, it’s either in our pockets or in the banks to the tune of $4 trillion, which by the way is about $13,000 for every person (in America).  That’s how much money they have flooded into the system.  It’s very hard to find cases in history where that kind of money creation has ended without tears.” ***KWN has now released the incredible audio interview with former White House official Larry Lindsey, where he discusses the coming chaos, the fight for freedom, gold, and how to take back control of our money, and you can listen to it by CLICKING HERE OR ON THE IMAGE BELOW.