Below are some remarkable charts featuring gold and silver.

November 3 (King World News) – Incrementum is at it again with their latest gold report. Here are a few key charts. Enjoy!

Gold Bull Market Pausing Before Re-engaging On The Upside 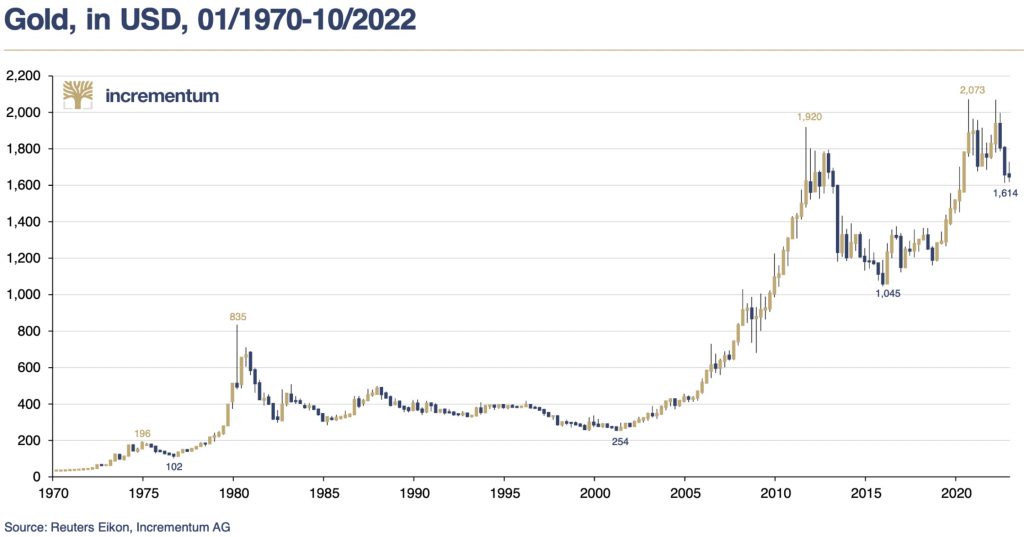 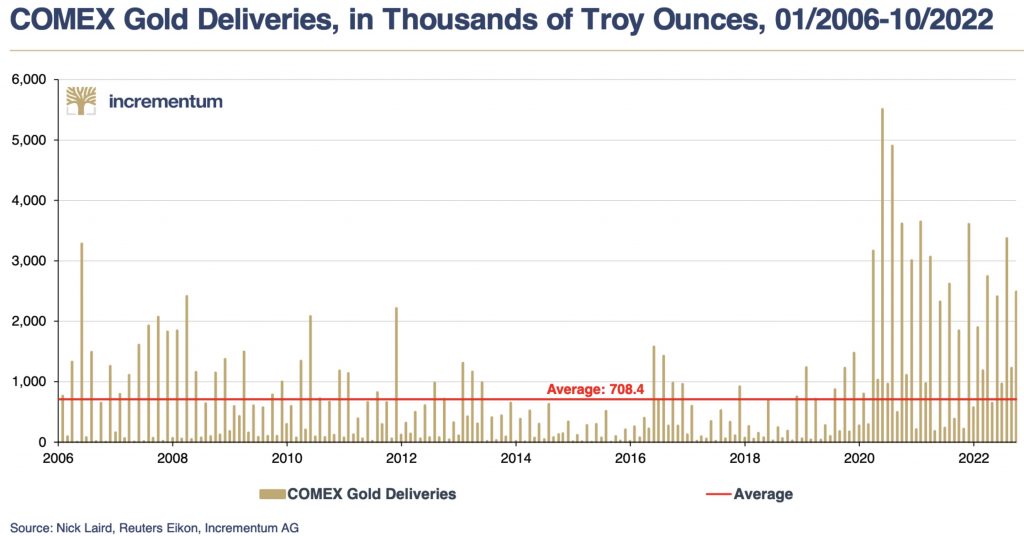 Gold Trading Very Well This Year In Most Global Currencies 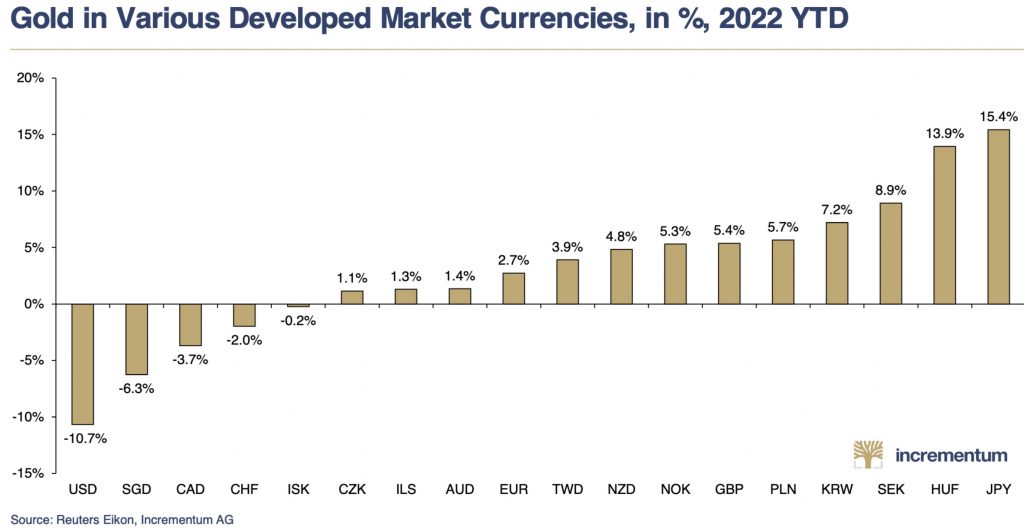 Silver Is A Great Value Now Historically vs Gold 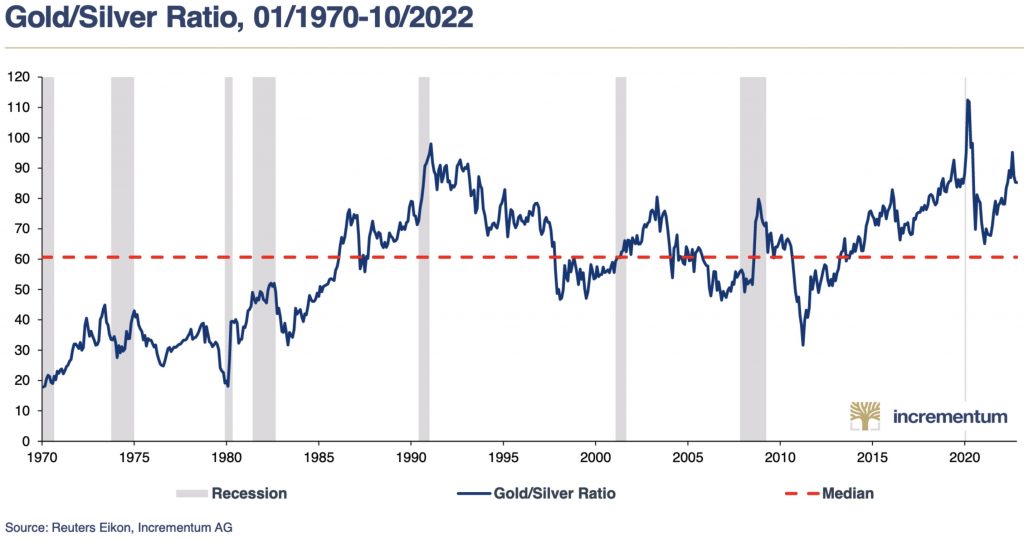 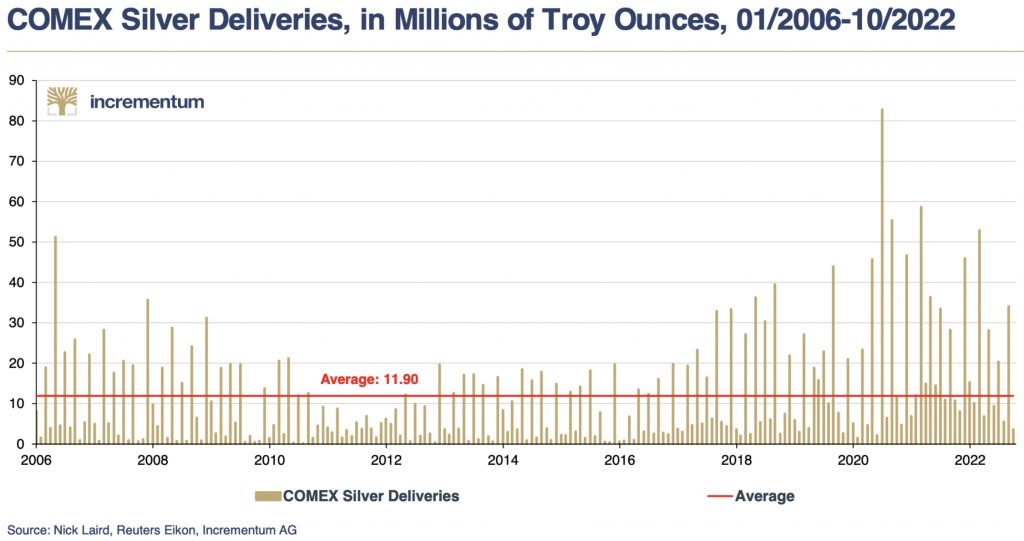 Silver Far From Its Nominal 1980 High 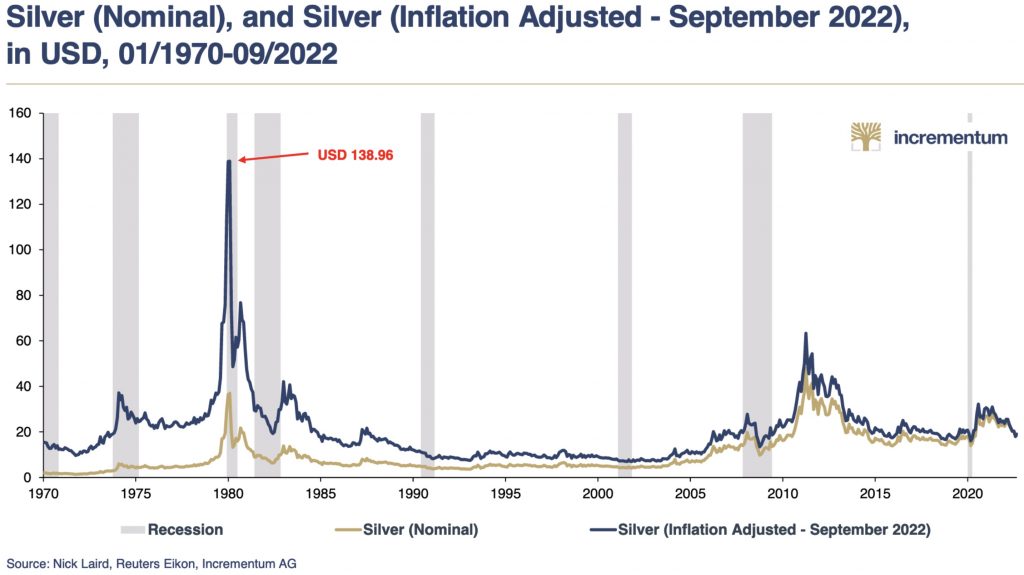 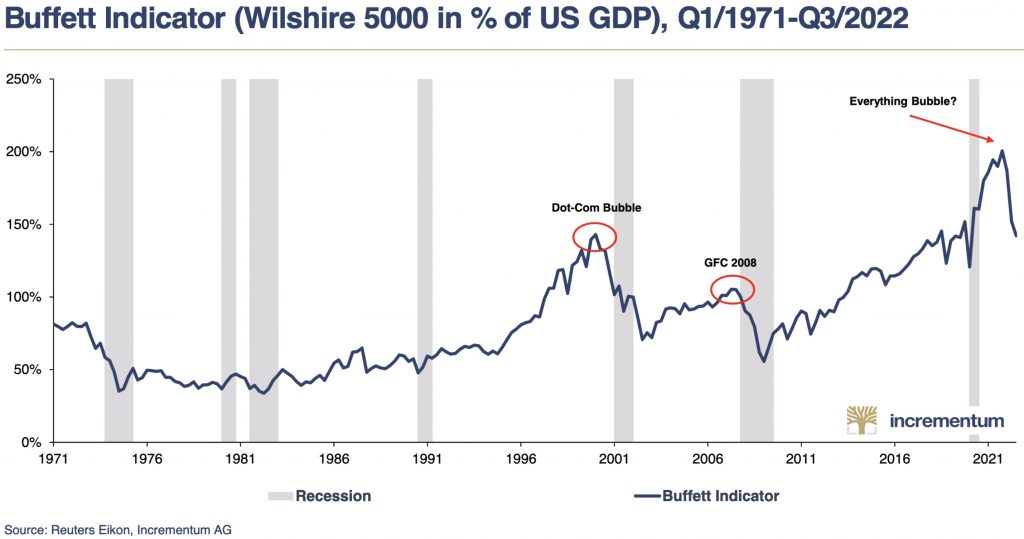 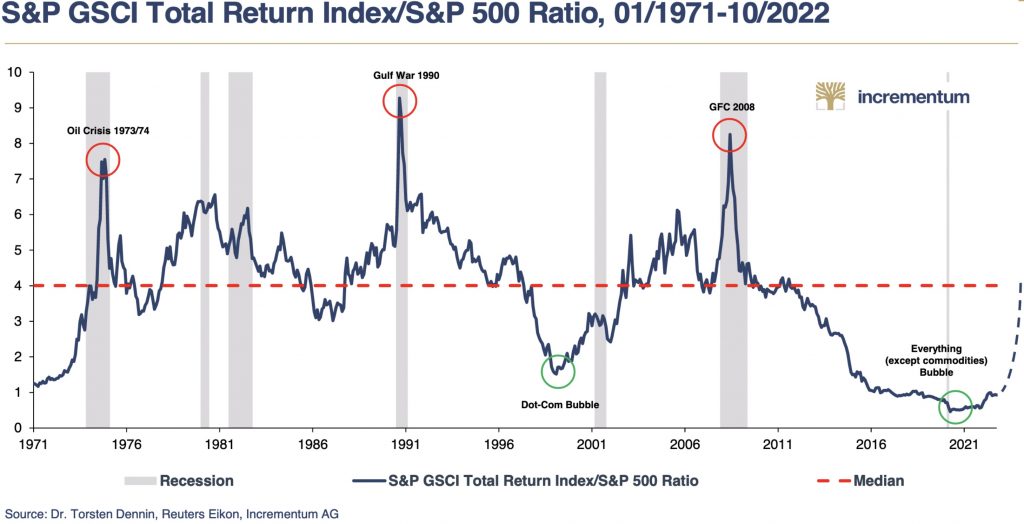 Skyrocketing US Debt And Rising Interest Rates Is A Dangerous Combination 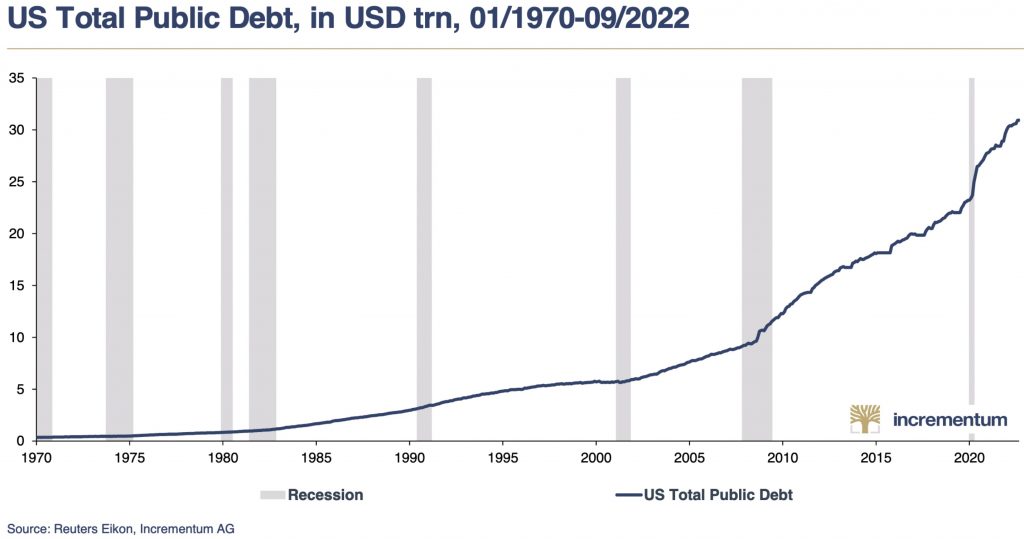 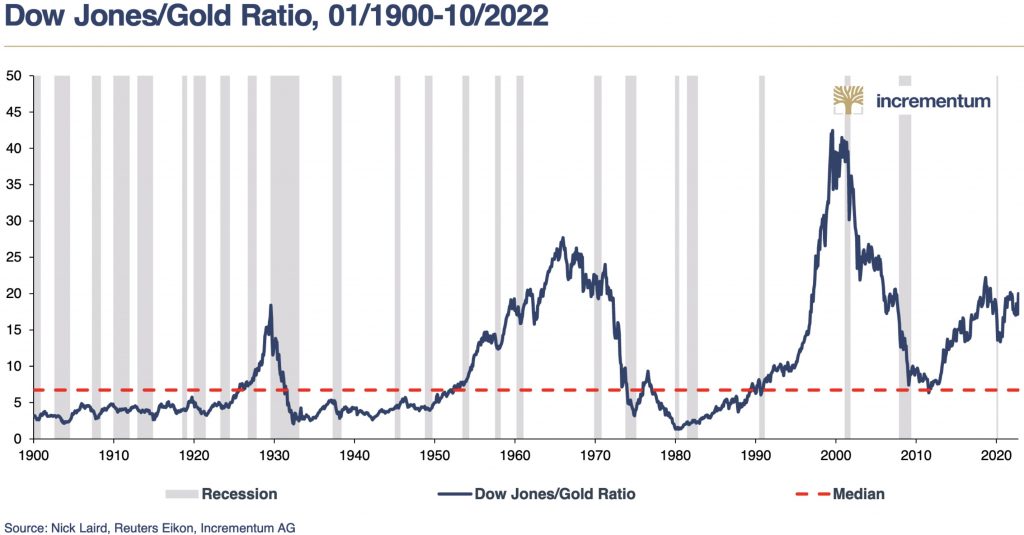 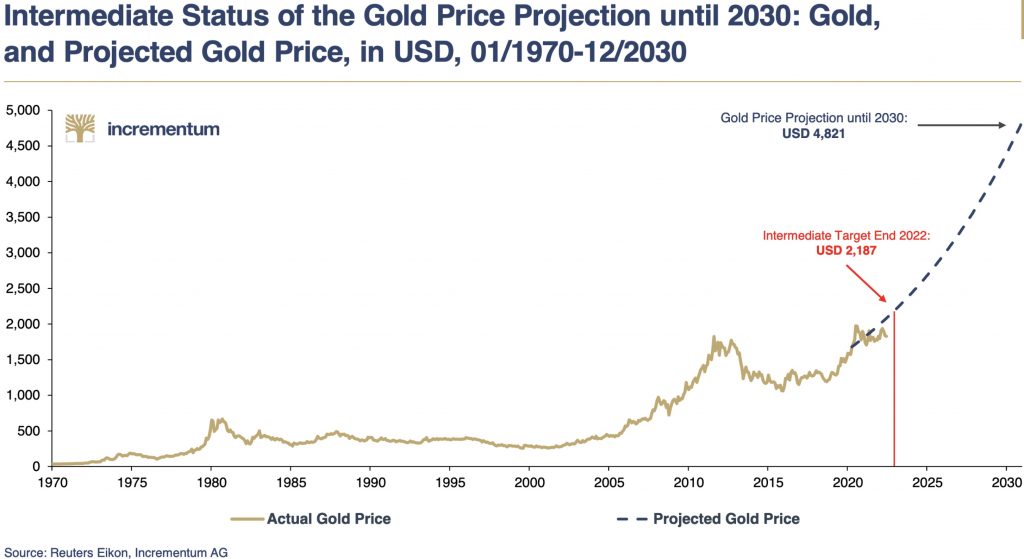 American Pacific Mining just completed the acquisition of Constantine Metal Resources, including the colossal, high-grade Palmer Volcanic Massive Sulfide (VMS) project in Alaska. VMS deposits containing zinc, copper, silver and gold tend to occur in clusters with the median size deposit around 5 million tonnes. Palmer is already 14 million tonnes and has 15 VMS showings, 8 of which have never been explored, suggesting immense exploration potential beyond what is already known.

With Palmer comes a world-class operating partner with deep pockets, Dowa Metals & Mining, owner of Japan’s largest zinc smelter. Dowa’s planned budget for Palmer is $18.8 million in 2022 and a whopping $30-39 million in 2023. Palmer could begin production as early as 2026 and in the meantime, American Pacific and Dowa will be aggressively exploring to grow what is already an enormous project.

An additional estimated $3-5 million 2023 budget is planned for another American Pacific project, the high-grade Madison Copper-Gold project in Montana, paid for by, yet another, world-class operating partner, Rio Tinto. American Pacific Mining, symbol USGD in Canada and USGDF in the US.