On the heels of a Fed rate hike and some volatile trading this week, one veteran just warned “now we have a bad setup.”

Coming down from nosebleed levels
From Jason Goepfert at SentimenTrader:  “With stocks showing a little more volatility in the past couple of weeks than they did in the weeks prior, sentiment surveys are showing a bit more uncertainty among investors…

SentimenTrader continues:  “All of the surveys we follow except AAII had reached well into excessive optimism and have started to pull back. That is always taken to be a good sign in the media, but it’s not. Bulls should want to see rising optimism, as long as it’s not extreme. Now we have a bad setup, optimism that was extreme and is now declining. It won’t be a good sign again until optimism either reaches at least neutral territory or starts to rise again.

This is reflected in the AIM model, which had been above 80% for more than three months and this week has fallen below. The only other time it did that during this bull market was in March 2011. 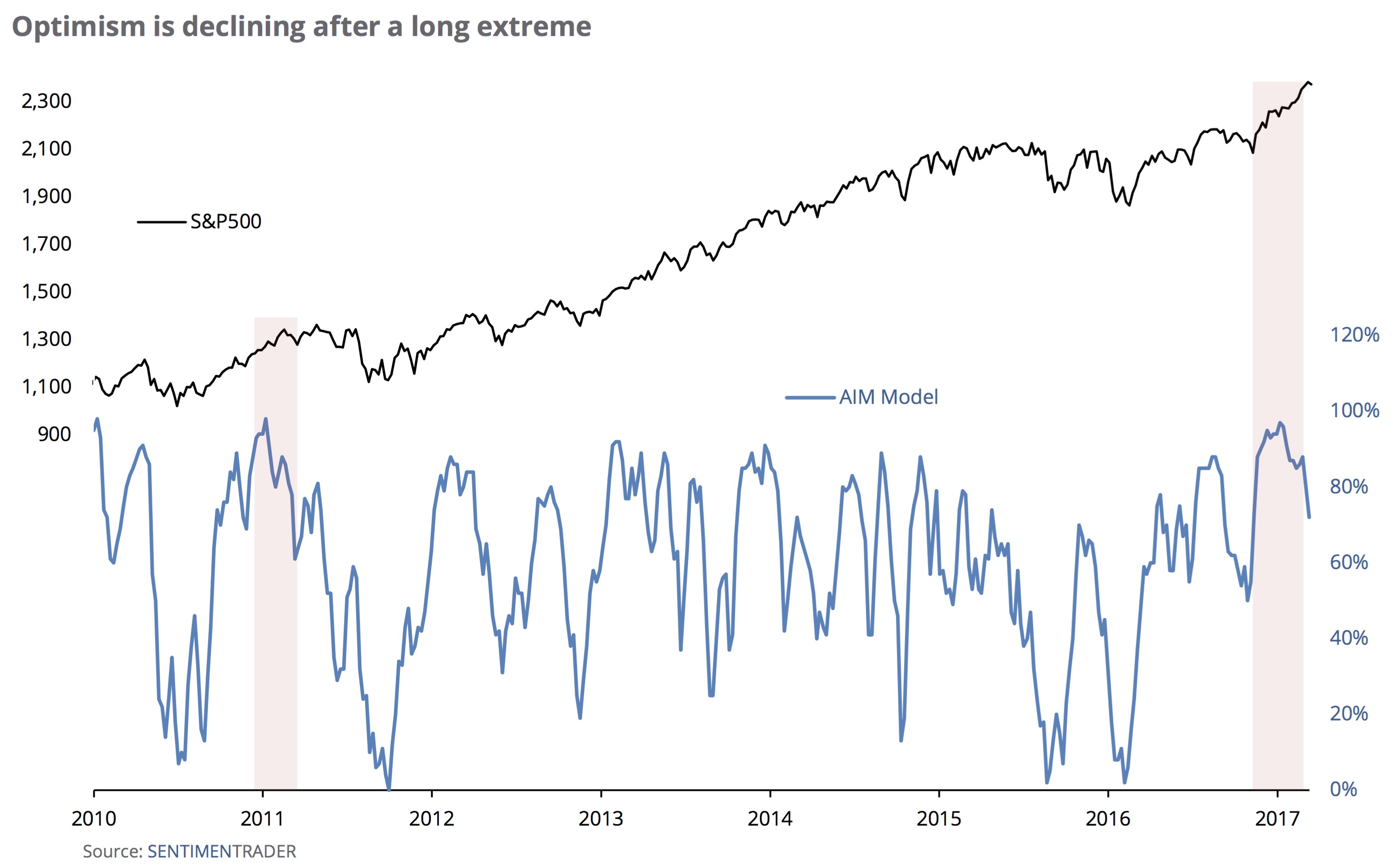 When this happened in 1971, stocks turned right around and spurted to new highs over the next two months, then gave all of that back and then some during the following six months. In 1995, it had no ill effect. Other than those two, the S&P 500 struggled to return much, if anything, over the next several months.

The Bottom Line
When optimism ebbs after reaching near-euphoric levels, it tends to lead a period of choppiness, at best, for stock prices, and that’s the scenario we’re facing now.”

***ALSO JUST RELEASED: The War In The Gold And The Mining Share Markets Is Heating Up CLICK HERE.