With the Dow plunging 470 points, today the man who first predicted Greek bank deposits would be stolen told King World News the war in the gold and silver markets continues to rage but silver is now ready to lead.

“For the last two years both precious metals have been been building a base, but each upside breakout was halted. Both gold and silver are again attempting to turn higher, Eric, and when they do, they will be resuming their long-term uptrend.

Fortunately, the precious metals do have the wind in their sails. Aside from normal seasonal patterns that favor the precious metals going into year-end, there is of course all the volatility in financial markets worldwide, which benefit safe havens like gold and silver.

Only time will tell whether the precious metals have turned the corner. But it is interesting to compare the following two charts of daily prices for gold and silver because they give an indication that maybe the correction in the precious metals is behind us. 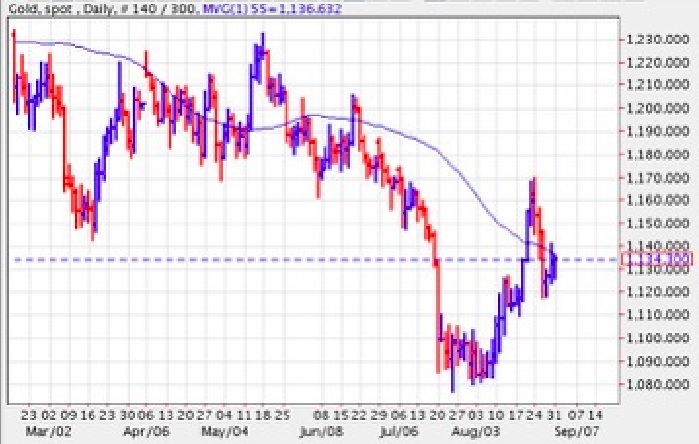 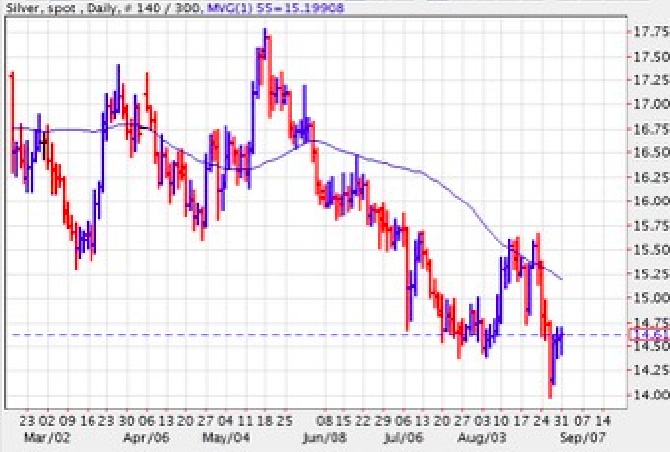 Note how silver made a new low in August, but gold did not. It is a clear divergence, which is the important point. When one precious metal makes a new low — or, for that matter, a new high — not confirmed by the other, it is usually an indication that a trend reversal is beginning. In this case it is signaling that the trend is reversing higher and the correction is ending.

Gold has held well above its July low, with the consequence that the gold/silver ratio rocketed higher so that on August 26 it took 80.1 ounces of silver to equal 1 ounce of gold. 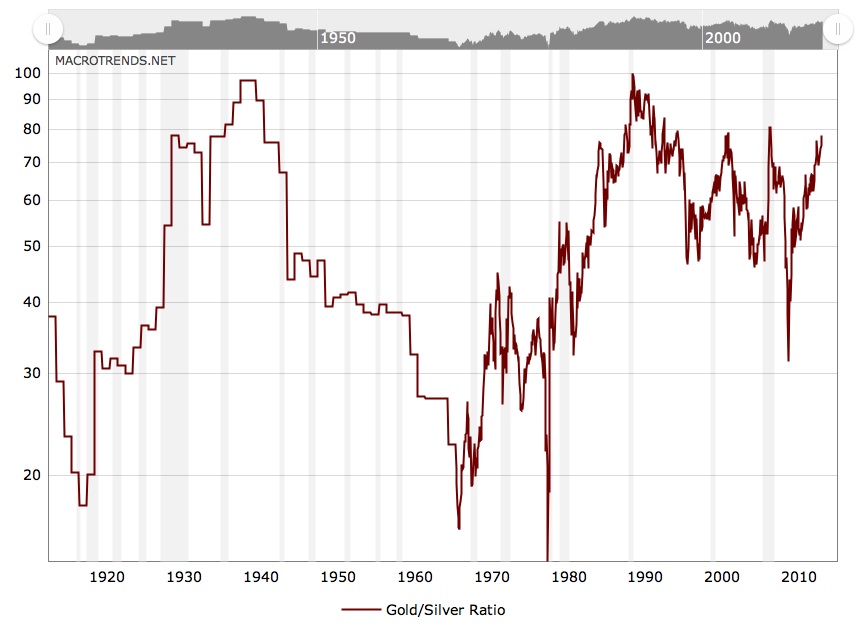 Importantly, that is the highest the gold/silver ratio has been since December 2008, which is significant.

We all remember the correction in 2008 that occurred in gold and silver during the financial crisis that led to the collapse of Lehman Brothers. When the gold/silver ratio was over 80 in December 2008, the precious metals had already turned the corner.

Silver Is Ready To Lead

Today, as back then, gold led the way, but silver rapidly caught up and then soared into the lead by outperforming gold. When silver reached its high in April 2011, the ratio had fallen all the way to 32.

We know that the precious metals are undervalued here. And we can safely assume that gold’s and silver’s 5,000-year history as money has not ended. Of course timing is everything, but here too things are looking good for the precious metals with stock markets on the knife edge and national currencies being mismanaged by central banks.” ***KWN has now released the extraordinary audio interview with Andrew Maguire, where he discusses the astonishing moves in the gold market by the bullion banks, why a global reset is imminent, and much more, and you can listen to it when it’s released by CLICKING HERE OR ON THE IMAGE BELOW.