After some of the wildest 24 hours of trading the gold market has ever seen, look at who just said that despite the volatility, gold may hit $2,100 this year.

Gold
January 8 (King World News) – Top Citi analyst Tom Fitzpatrick:  Our bias remains for a move towards $1,700+ at a minimum with an argument to be made for a possible move to and maybe even above the all time highs. 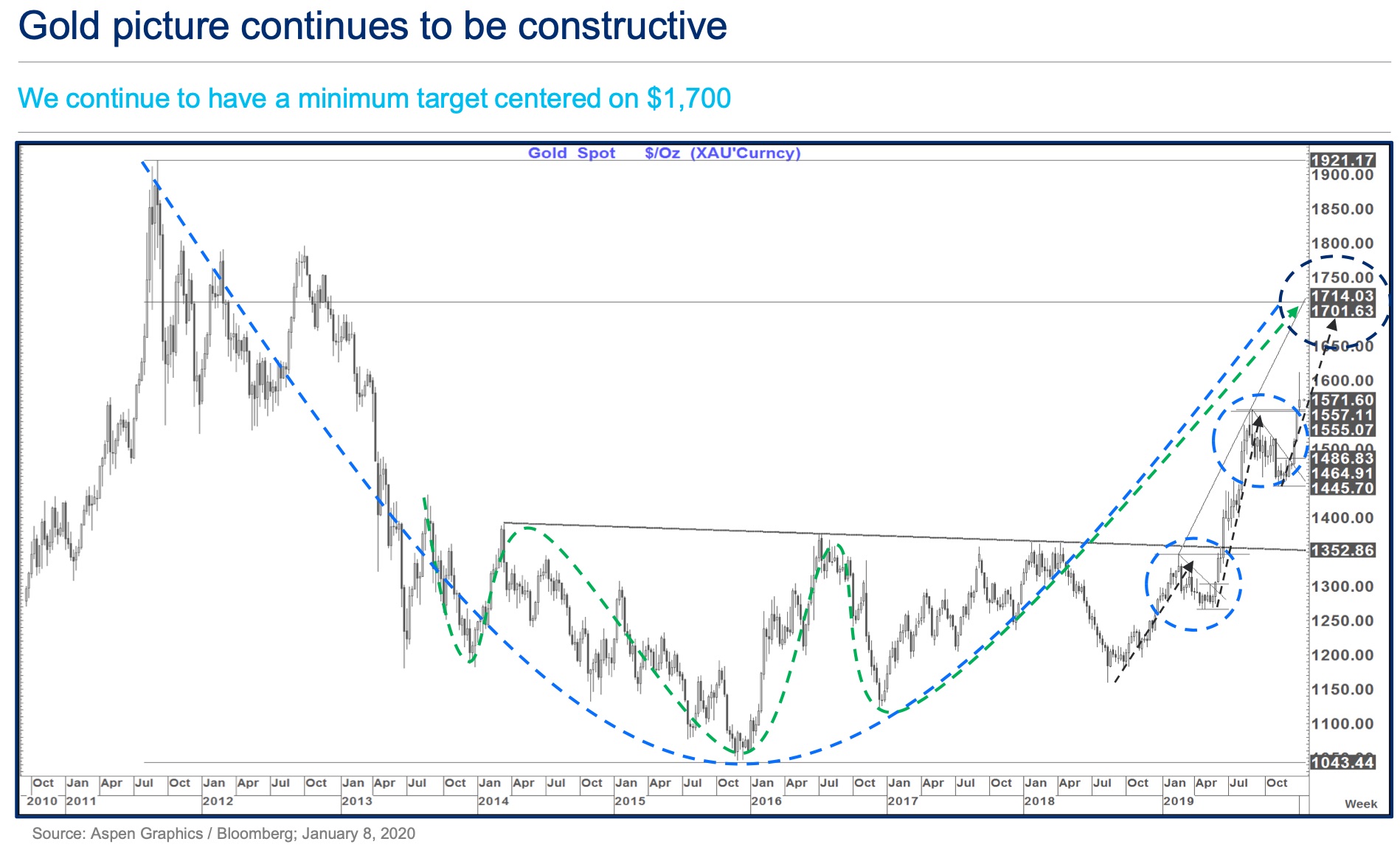 This is both the target of the inverted head and shoulders and the 76.4% pullback of the fall from $1,921 to $1,043. The rising trend line off the Feb and Sept 2019 highs also converges with this area…

While the initial break higher this month was accompanied by elevated geopolitical risk the underlying picture looked bullish long before this development. This suggests that while some calm on that front might create a bit more choppiness near term they underlying bull trend remains intact. 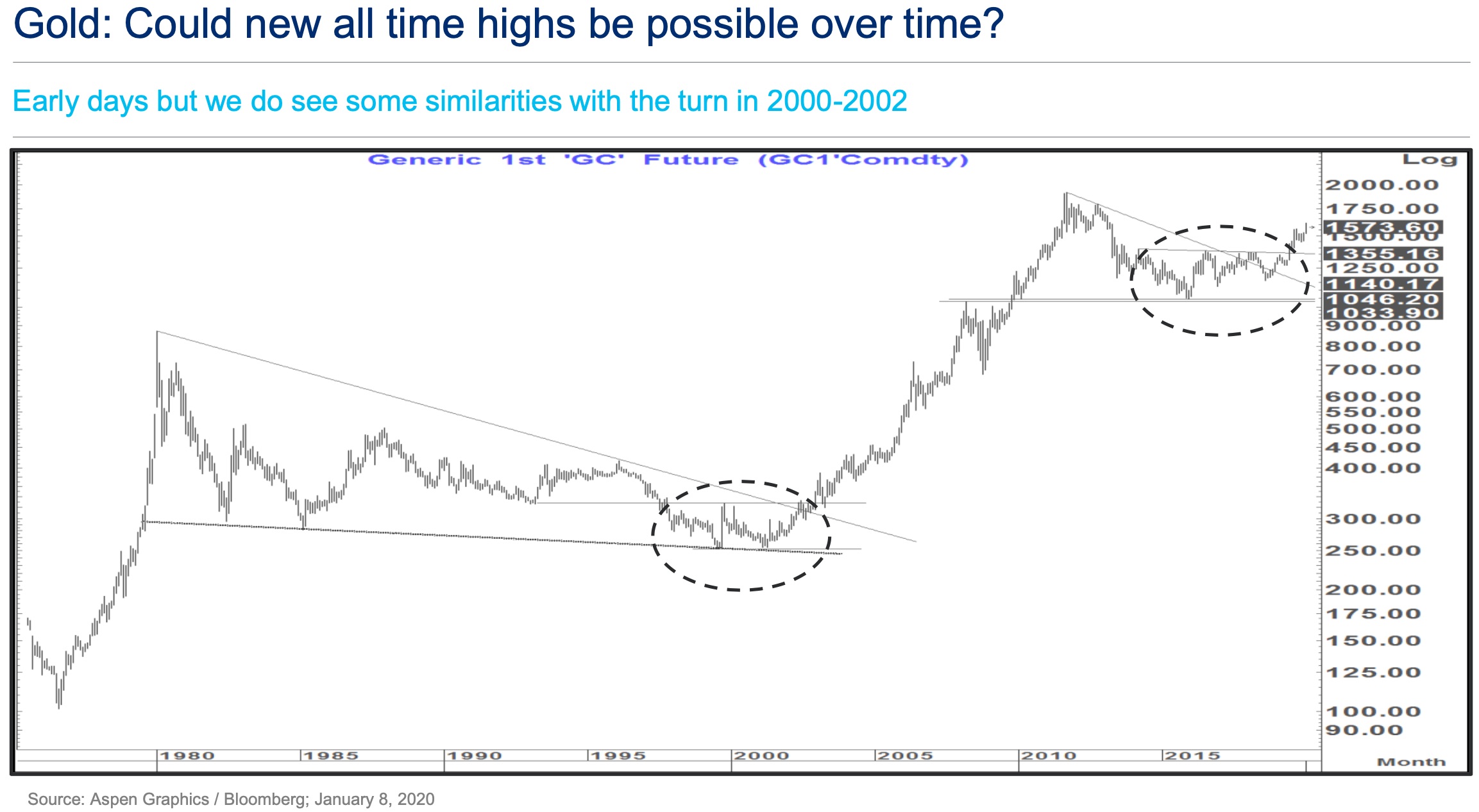 From a US economy/USD perspective we have been very focused on 2000-2002 (Not so much from an equity market perspective). That was a period that saw a trend low forming in Gold before a sharp turn higher.

Gold May Hit $2,100 This Year
Ultimately that resulted in a move to new all time highs (which required a much buffer percentage move that we would need today as the correction in 2011-2016 was much shorter in timeframe and shallower in magnitude than that seen in 1980-2000.) Even if we are on the page of the low to high bounce seen in 1985-1987 (Fitting more with our preferred Equity period where we are looking for a 15% up move in the S&P this year like that seen in 1986) it looks constructive for Gold. In 1986 Gold had a low to high move of 37% and an up year of 23%.

Similar numbers if seen this year could see Gold trade as high as $2,100 this year and potentially close the year as high as $1,870. 1986 was also a year of significant USD weakness. 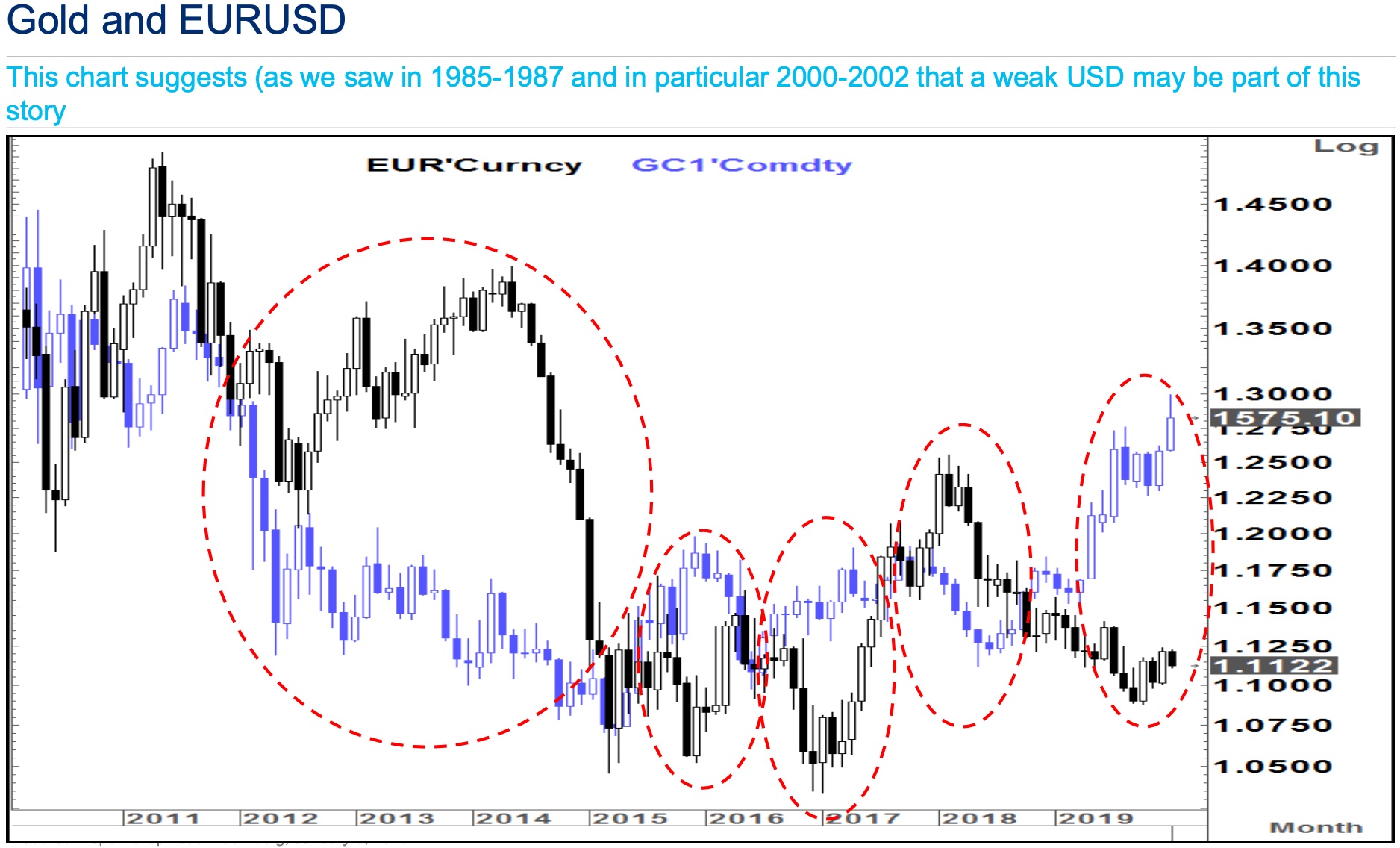 Since Gold peaked in 2011 there has (not surprisingly) been a close correlation to trending moves in Gold and in the USD (EURUSD used above).

Where those relationships broke down for a period- Gold has tended to ultimately give the correct signal.

That divergence is now the most severe since it happened in the other direction in 2012-2014 after which EURUSD fell sharply. The present pattern on EURUSD has been an almost perfect mirror image of that period. 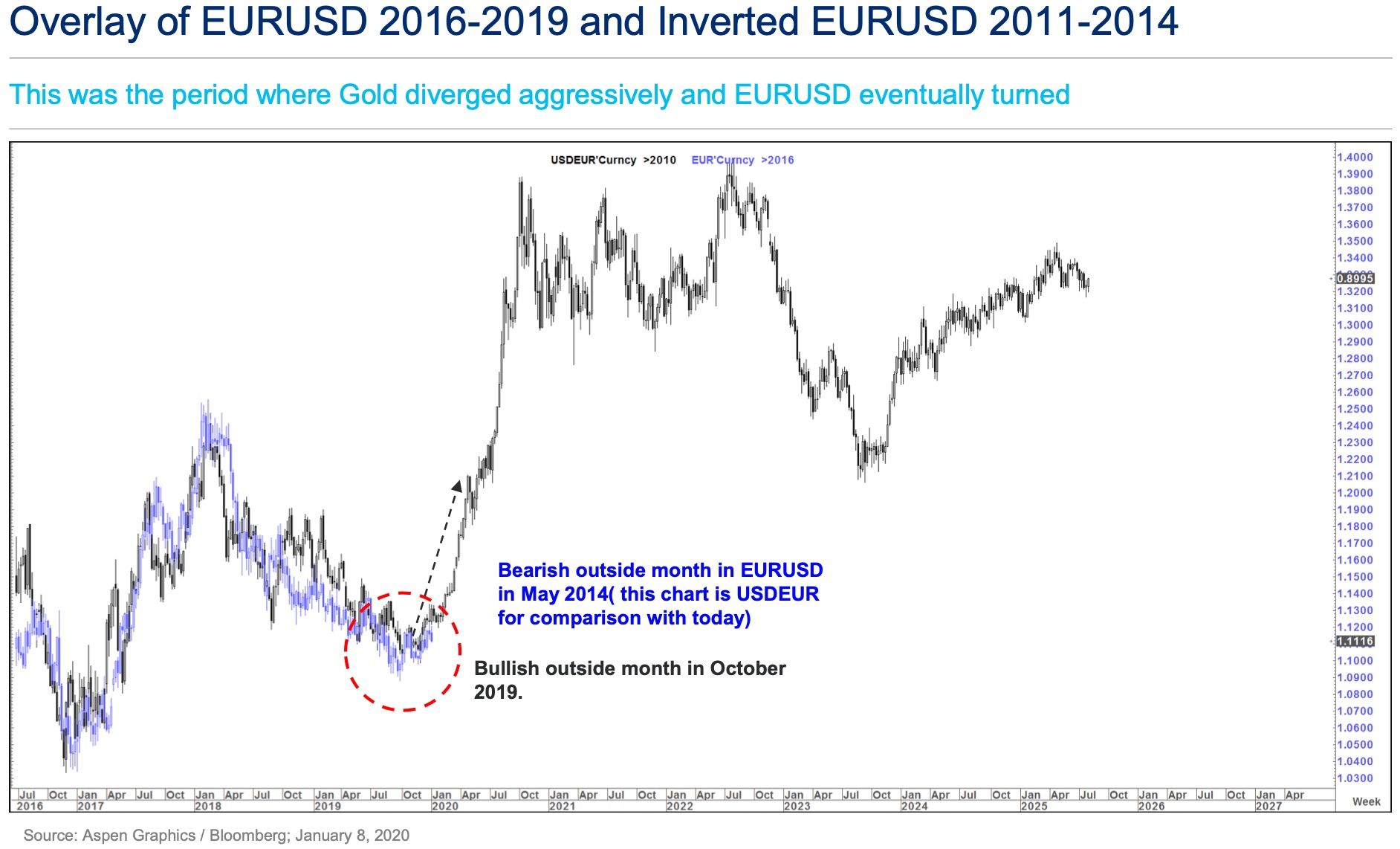