With the price of oil soaring to the highest level sine 2014 and the US dollar surging, global markets are now on danger watch!

ALERT: Copper Watch
June 27 (King World News) – This is from Andrew Adams at Raymond James:  Doctor Copper Confusing Everyone: A few weeks ago it appeared copper clearly broke out of the downtrend it had been since the start of the year. However, since that explosive breakout, the metal has failed around the $3.30 resistance level and pulled all the way back near its low from back in March. It adds to the recent confusion and we don’t want to see it drop below $2.93 or so since that would not be great technical action. The price of copper is often used as an indicator for the global economy, so it’s no wonder it’s been volatile with the global trade concerns.

Emerging Markets Feeling the Pain
Emerging markets have been one of our favorite investment themes in recent years, but the latest action is making it difficult to recommend exposure to the group in the near-term…

The MSCI Emerging Markets Index has now broken its up-trend on both an absolute price basis (top panel) and when compared to the S&P 500 (lower panel). Investors holding EM positions need to be very careful here. 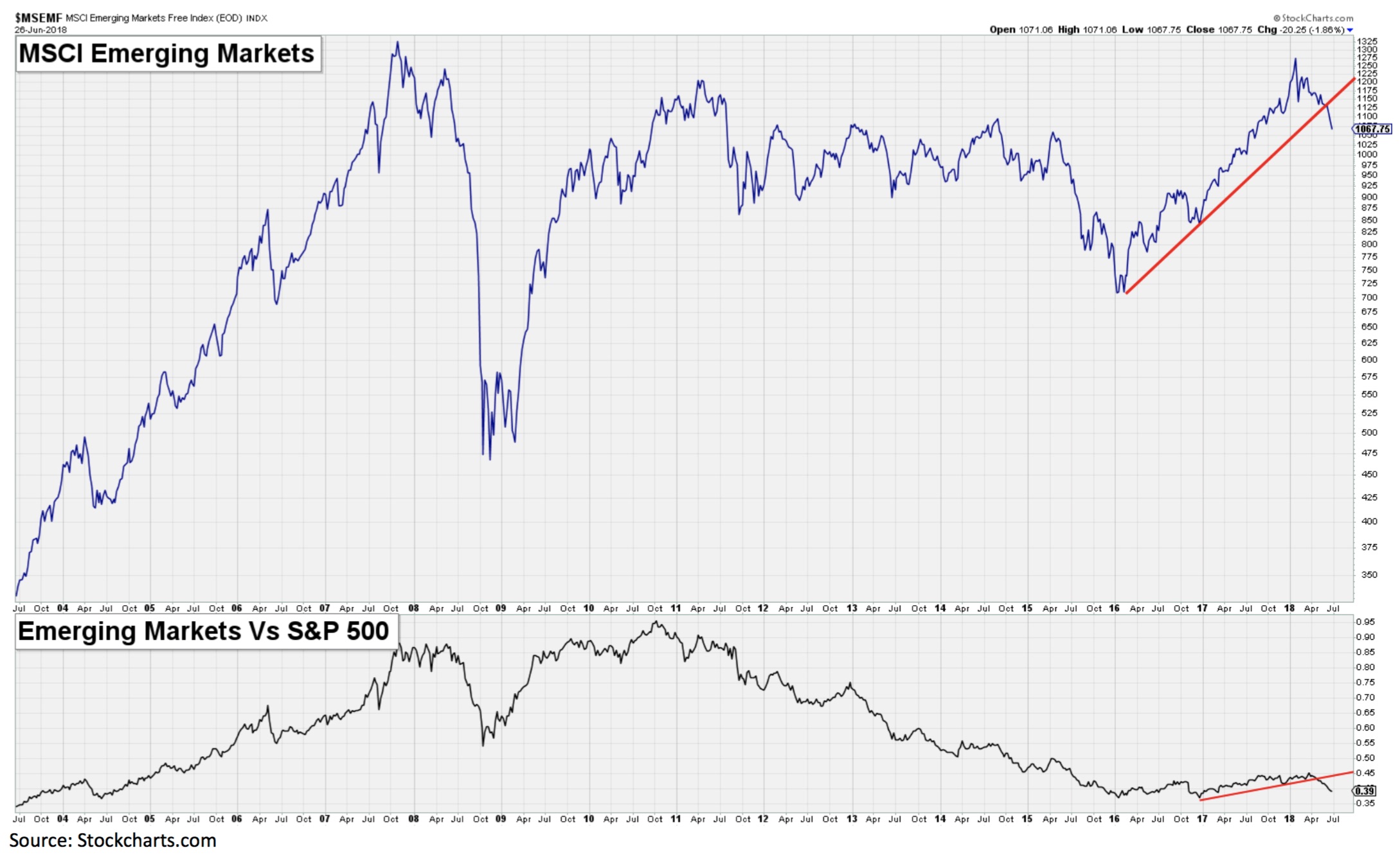 World Stocks (ex-USA) in Danger
World markets have not held up as well as U.S. markets recently and this weakness has now taken the MSCI World (ex-USA) Index to its lowest point since last September. In the process, a couple of support lines have been violated and it’s worth monitoring international positions very closely.