On the heels of Thursday’s tumble in the Dow, this critical indicator just hit an all-time record.

Volume In “Fear” Funds Spikes To Record
August 17 (King World News) – Jason Goepfert at SentimenTrader:  “The presence of inverse of volatility ETFs has been a useful addition for monitoring sentiment over the past several years, and when it ebbs and flows to extremes, it has been helpful at identifying times of risk and reward in the broader market…

The popularity of the funds in recent months has pushed volume steadily higher, and on Thursday it reached record proportions. Volume in “fear-based” ETFs climbed to 14% of total NYSE volume, a new record high (see chart below). 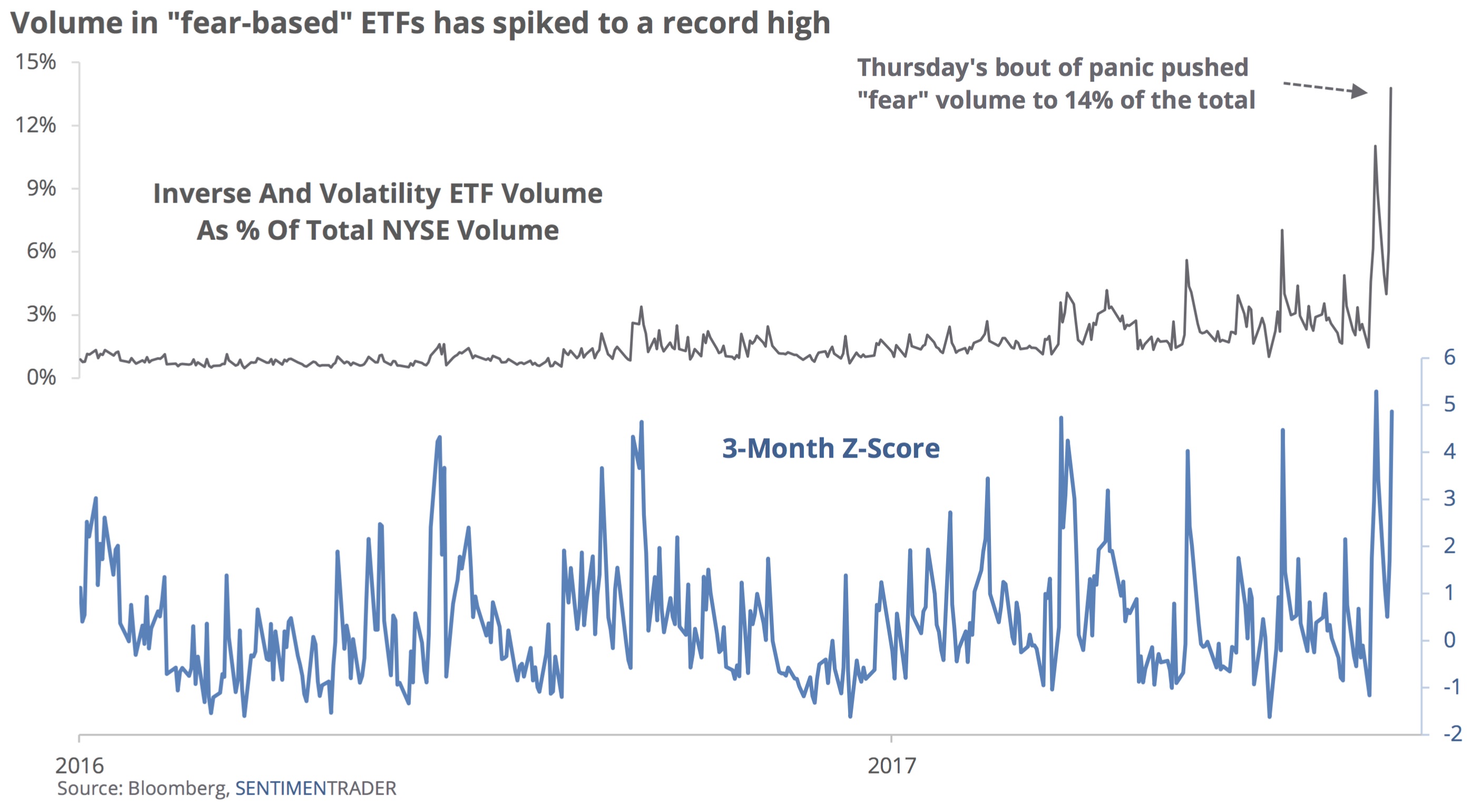 Because the volume has been steadily growing, it’s useful to normalize that somehow, and a good tool is the z-score. (Above), we show this “fear” volume along with how many standard deviations it is from its 3-month range. Thursday’s exceeded 4.0.

Because of the market’s massively bullish trend during most of these funds’ existence, it’s not a big surprise that when volume has spiked to an unusually high level, it has almost always preceded a bounce in stocks.

Caution Stock Market Bears
We can see from the table on the next page (available to subscribers) that returns in the S&P 500 going forward were very good, with a rally during the next week 12 out of 14 times. That didn’t preclude some losses in the very short-term.

Or Is It Different This Time?
As always, we like to look for changes in the character of the market. So further losses in stocks that exceed most in the table will tell us that this time might be different, and the brief bout of panic volume in these funds isn’t enough to bring in buyers, which would be one of the most telling, and negative, signs so far.

***ALSO JUST RELEASED: One Of The Greats In The Business Just Issued This Dire Warning CLICK HERE.

1970s vs Today: Things Are Going To Get Hairy