As we near the end of August in what has been a wild summer for key markets, especially precious metals, what just happened in the oil market is stunning and it is benefitting gold and bonds!

Money Fleeing Oil?
From SentimenTrader:  Money is leaving oil funds. The USO fund has lost nearly $300 million in assets over the past week, one of its worst losses in the past five years, and this isn’t even including Monday’s performance, which is likely to make it even worse (see chart below). 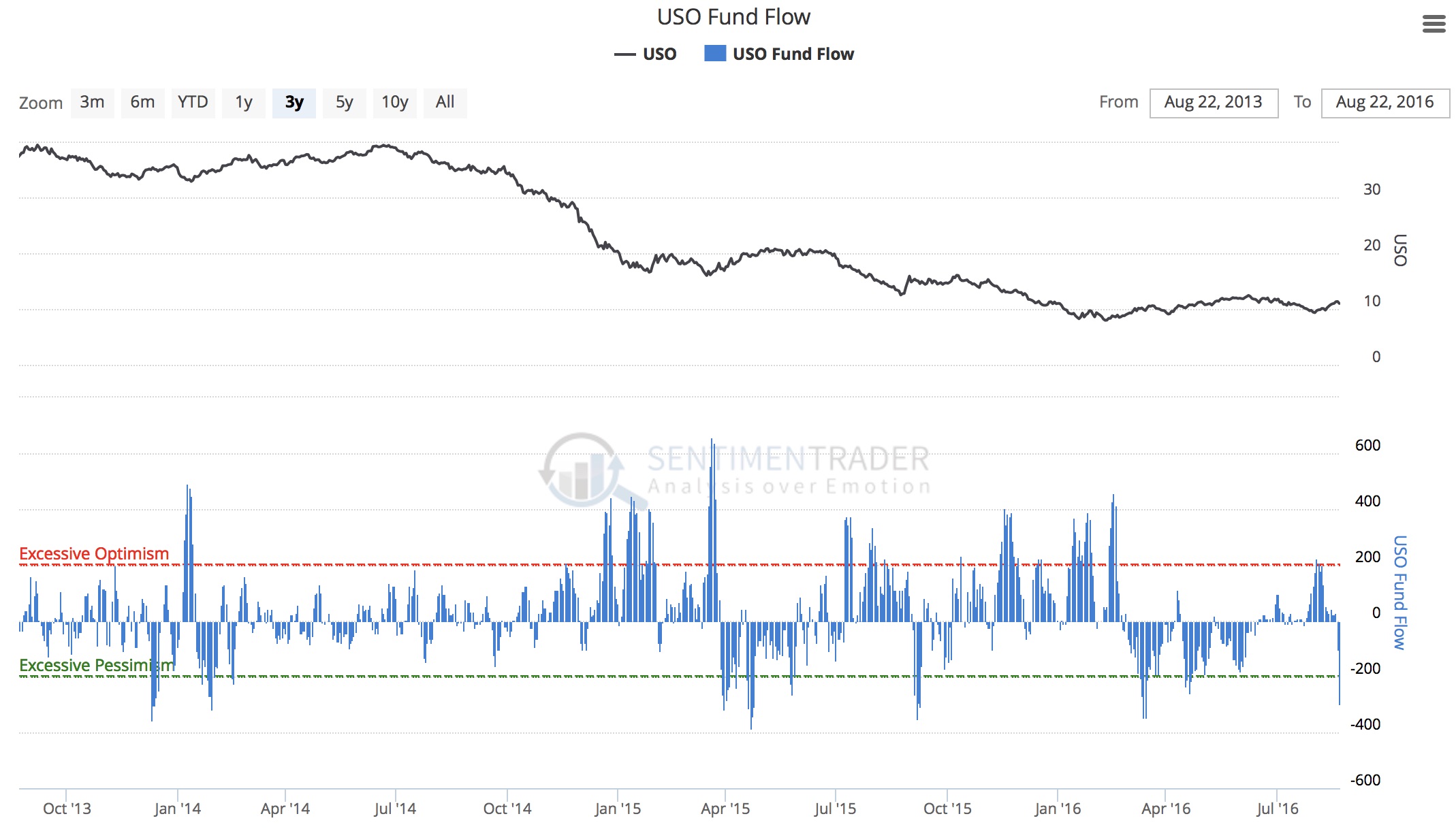 The knee-jerk reaction is that such a heavy outflow should be a contrary sign and good news, but commodity funds don’t usually adhere to the guides that apply to stock- or bond-based funds. Extreme flows in the commodity ETFs have not been a consistent contrary (or non-contrary) guide, so we would caution against reading too much into the recent exodus.

Where is the money going?

Into corporate bonds… (see chart below) 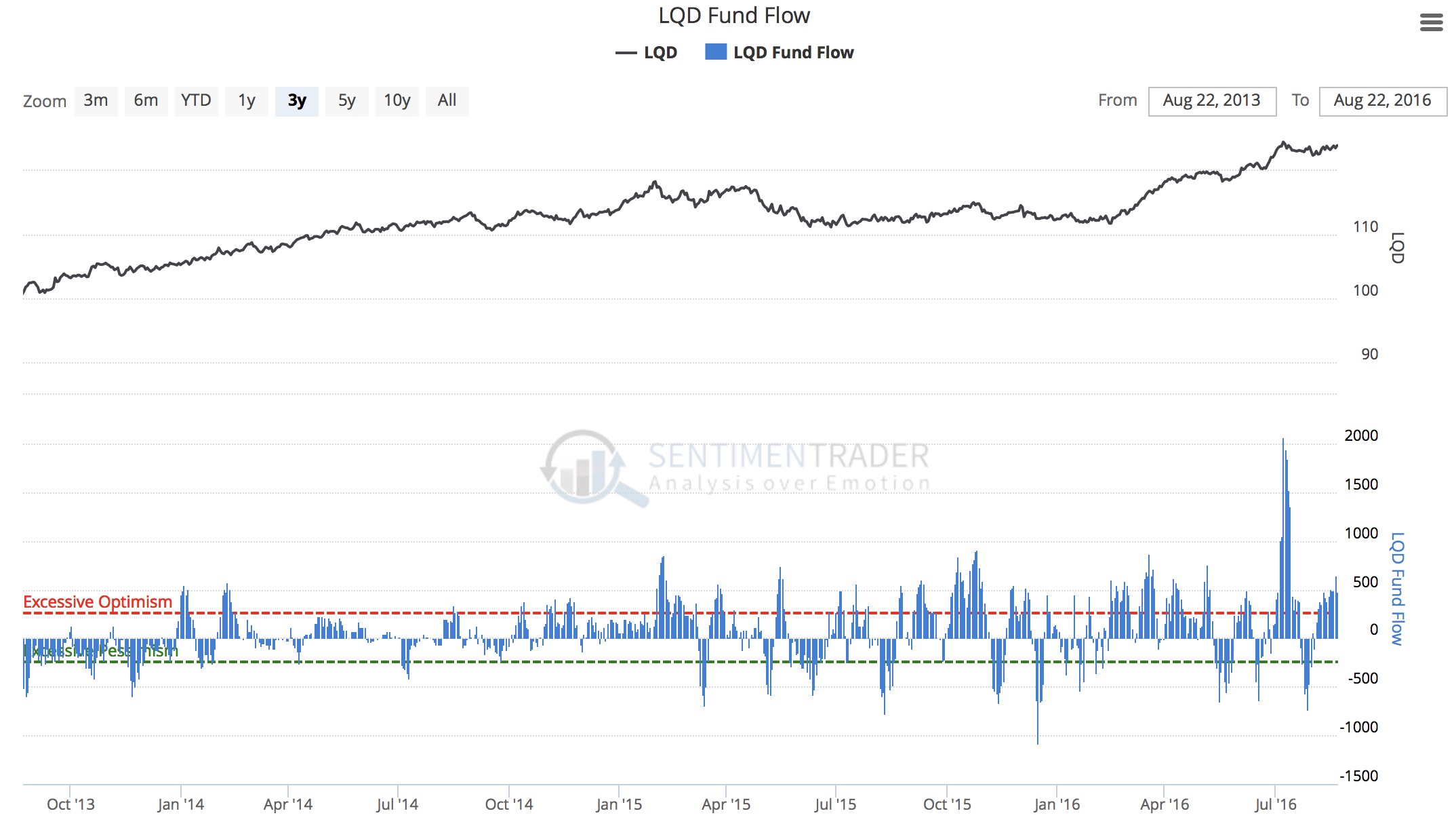 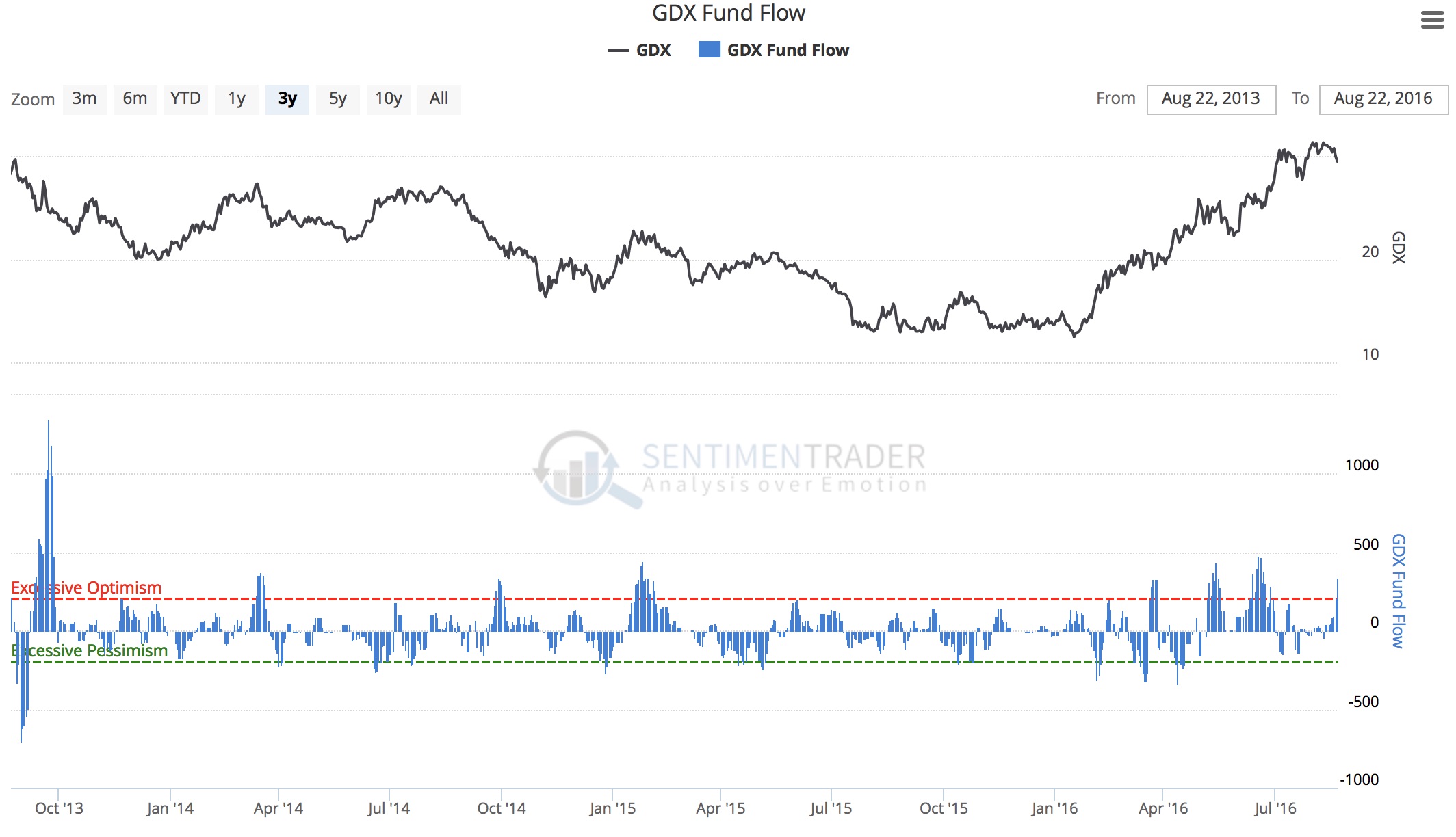 King World News note:  KWN has repeatedly pointed out that the Gold/Oil Ratio has moved solidly in favor of gold and should remain that way for the next decade.  So the fact that money is flowing from oil into gold is not entirely surprising, although the Gold/Oil ratio remains very stretched.  Having said that, a very stretched Gold/Oil Ratio is precisely what was seen during the Great Depression, and the world economy is not exactly booming (see chart below). 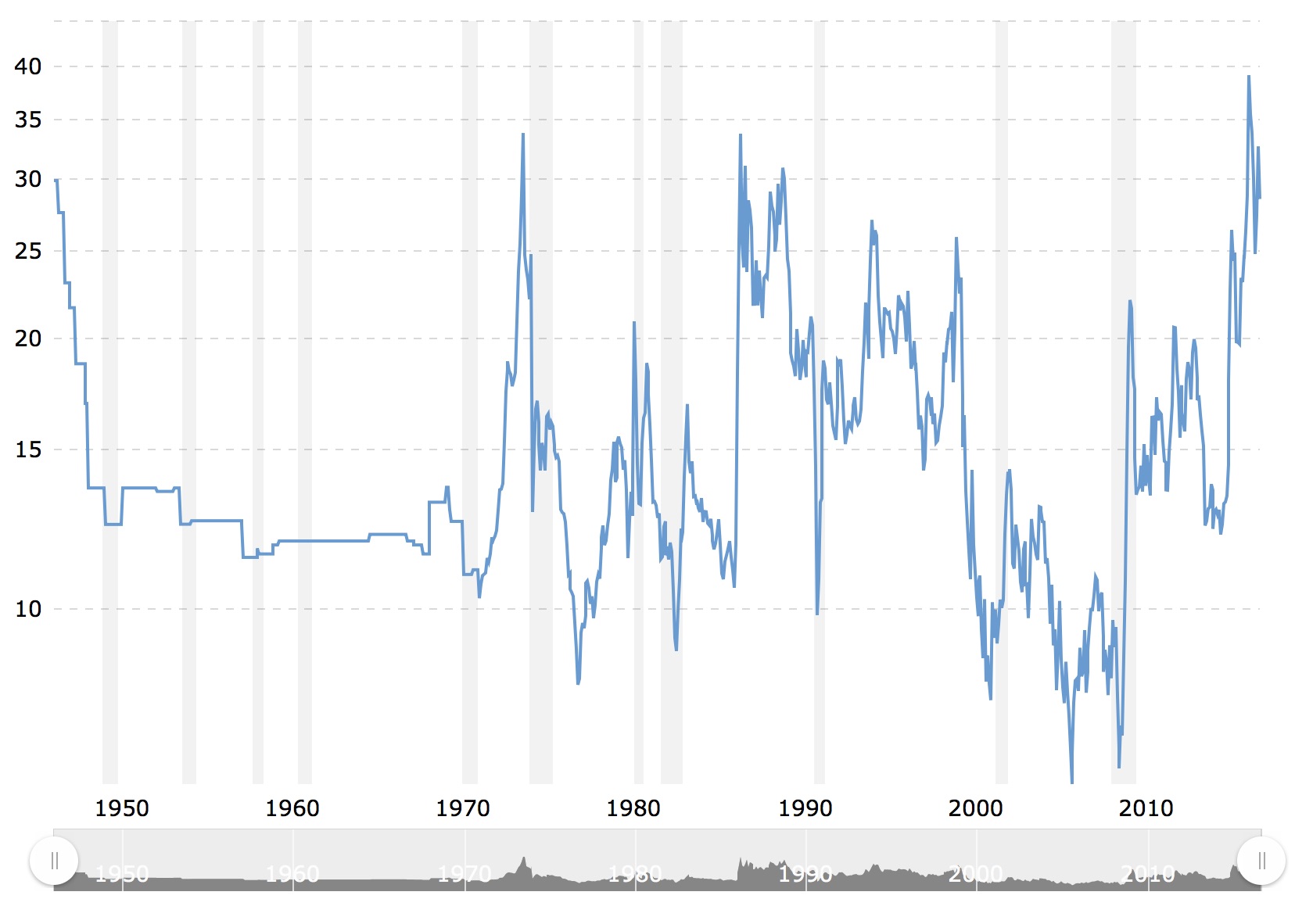