Ahead of the massive chaos that is expected next week, today one of the top economists in the world sent King World News an incredibly powerful piece exposing 10 warning signs the world will see a terrifying collapse in 2016.  Below is the fantastic piece from Michael Pento.

The warning signs of this next correction have now clearly manifested, but are being skillfully obfuscated and trivialized by financial institutions. Nevertheless, here are ten salient warning signs that astute investors should heed as we roll into 2016.

• The Baltic Dry Index, a measure of shipping rates and a barometer for worldwide commodity demand, recently fell to its lowest level since 1985. This index clearly portrays the dramatic decrease in global trade and forebodes a worldwide recession (see chart below). 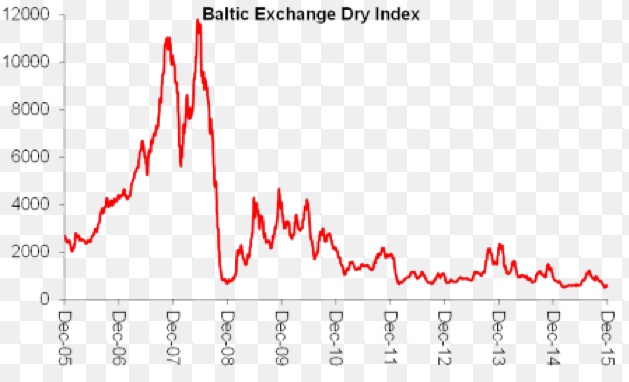 • Further validating this significant slowdown in global growth is the CRB index, which measures nineteen commodities. After a modest recovery in 2011, it has now dropped below the 2009 level—which was the nadir of the Great Recession (see chart below). 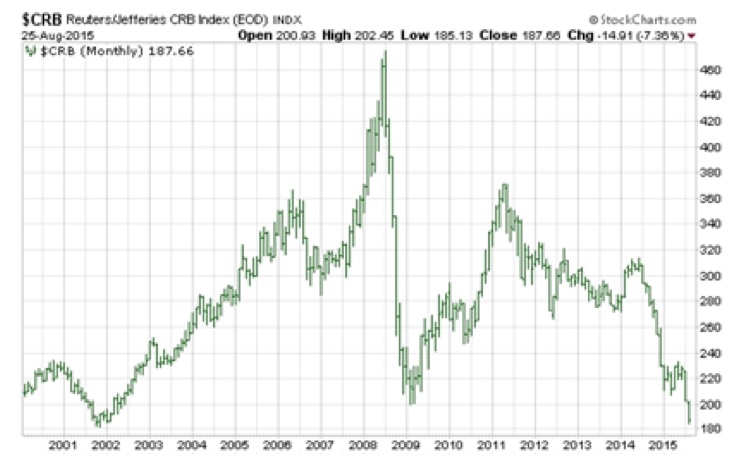 • The Total Business Inventories to Sales Ratio shows an ominous overhang:  sales are declining as inventories are increasing. This has been the hallmark of every previous recession.

• The Treasury Yield curve, which measures the spread between 2 and 10 Year Notes, is narrowing.  Recently, the 10-year benchmark Treasury bond saw its yield falling to a three-week low, while the yield on the Two-year note pushed up to a five-year high. This is happening because the short end of the curve is anticipating the Fed’s December hike, while the long end is concerned about slow growth and deflation.

Banks, which borrow on the short end of the curve and lend on the long end, are less incentivized to make loans when this spread narrows. This chokes off money supply growth and causes a recession.

• S&P 500 Non-GAAP earnings for the third quarter were down 1%, and on a GAAP basis earnings plummeted 14%. It is clear that companies are desperate to please Wall Street and are becoming more aggressive in their classification of non-recurring items to make their numbers look better. The main point is why pay 19 times earnings on the S&P 500 when earnings growth is negative–especially when those earnings appear to be aggressively manipulated by share buy backs and through inappropriate charges?

In the long-term, a rising US dollar is great for America. However, it in the short-term it will not only negatively affect S&P 500 earnings, but also place extreme duress on the over $9 trillion worth of debt borrowed by non-financial companies outside of the United States.

• Recent data confirms that the US is currently in a manufacturing recession:

• The November ISM Manufacturing Index entered into contraction for the first time in 36 months posting a reading of 48.6. This is a decline from the anemic October reading of 50.1 and marked the fifth straight month this index was in decline.

• The Chicago Purchasing Manager’s Index (PMI) came in at 48.7 for November signaling contraction.

• The latest Dallas Fed Manufacturing Business Index fell to -4.9, from -12.7 in the preceding month.

• The Empire State Manufacturing Survey came in at -10.7, a fractional increase from last month’s -11.6, signaling a decline in activity and registering close to the lowest levels since 2009.

• Credit Spreads are widening as investors flee corporate debt for the safety of Treasuries. The TED spread, the difference between Three-month interest rates on Eurodollar loans and on Three-month T-bills, has been on a steady rise since October of 2013; at the end of September it was at its widest since August of 2012 at the height of the European debt crisis.

• The S&P 500 is at the second highest valuation in its history:

• The Cyclically Adjusted Price-Earnings (CAPE) ratio, was 26.19 in November, a value greater than 25 indicates that the stock market is overpriced in comparison to its earnings history. The CAPE ratio has averaged 17 going back to 1881.

• The Q RATIO, the total price of the market divided by the replacement cost of all its companies, historically averages around .68, but is now hovering around 1.04.

• And finally, Advisors Perspectives’ chart of inflation-adjusted NYSE Margin Debt and the S&P 500 demonstrates the profoundly over-leveraged condition of the market. Margin debt in real terms is now 20% greater than it was at the peak of the dotcom bubble! 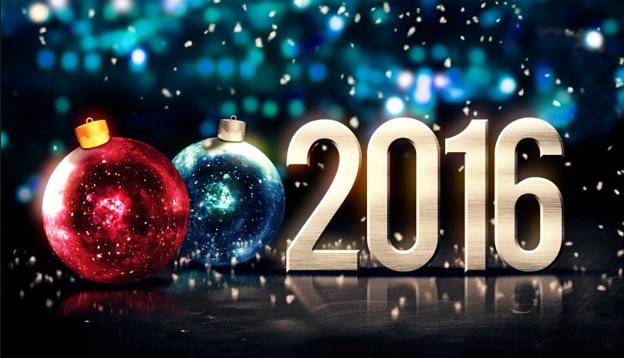 If That Wasn’t Enough, Prepare For 3rd Major Collapse Since 2000
If those ten warning signs weren’t enough to rattle investors…this should. The Fed is threatening to do something highly unusual; to begin a rate hiking cycle when the global economy is on the brink of recession. Ms. Yellen has virtually promised to raise rates on December 16 and continue to slowly hike the cost of money throughout next year. Investors should forget about the “one and done” rate hike scenario. The truth is the Fed will be very slowly tightening monetary policy until the fragile US economy officially rolls over into a contractionary phase and the meaningless U3 unemployment rate begins to move higher.

This current economic expansion is now 78 months old, making it one of the longest in U.S. history. There have been six recessions since the modern fiat currency era began in 1971. The average of those has brought the S&P 500 down a whopping 36.5%. Given that this imminent recession will begin with the stock market flirting with all-time highs, the next stock market crash should be closer to the 2001 and 2008 debacles that saw the major averages cut in half.

Total U.S. public and private debt levels have climbed to the staggering level of 327% of GDP. Therefore, humongous debt levels and massive capital imbalances have set up the stock market for its third major collapse since the year 2000. Investors should proceed with extreme caution now that the warning signs have been explained.

***ALSO JUST RELEASED:  The Invisible Collapse And An Ominous Warning About What Is Coming Next Week CLICK HERE.