What just happened in Germany is truly shocking.

September 20 (King World News) – Art Cashin, Head of Floor Operations at UBS:  For today, it is all about internal technicals and what is happening in the global markets in reaction to their American cousins.

Overnight, global equity markets are relatively cautious in front of tomorrow’s FOMC press conference. Market’s in Asia are generally leaning to the bulls side. Inflation perked up a bit in Japan and the Peoples Bank of China decided to just sit on rates and the markets seemed to find mild encouragement from both of those items.

In Europe, equity markets are drifting slightly lower. There is concern about inflation in Germany, particularly in the Club Med nations. Greece and Italy are showing strains in the interest rate area. Inflation in Germany is perking up. Generally, bond yields are higher as they are here in the U.S. where the ten-year looks to be breaking out above that 3.5% level and the two-year treasury, which is the most sensitive to Fed movements is closing in on 4%.

The calendar is relatively light. The FOMC has convened for the day, but all the decisions come tomorrow between 2:00 and 3:00 p.m. The feeling is that the Fed will go with the 75 bp move. The rest of today’s calendar is short to non-existent. We have building permits and housing starts early in the morning, then, at 1:00 p.m., we have got a bond auction of 20-year paper, which will be followed with some interest – at least the auction results will.

The bullish effect on stocks of the Fed Drift probably will not show up until tomorrow all though, historically, in a two-day meeting, there is sometimes a little bullish up drift in the final two hours of trading Tuesday before Wednesday’s decision. We will wait and see. Again, the backend of the week is packed in with the Fed decision followed by the Autumnal Equinox and the previously noted movement to lighten up in front of Rosh Hashanah.

Nevertheless, you want to stick with the drill. Stay close to the newsticker as geopolitical surprises may be easy to come by. Keep your seatbelt fastened. Stay nimble, alert and try to stay safe and, once again, keep an eye on Bitcoin, if it breaks below $19,000, it could add to the nervousness in the equity markets…

Monetary Bazooka
Peter Boockvar:  The Swedish Riksbank took out its monetary bazooka and launched a surprise 100 bps rate increase to 1.75% where 75 bps was expected. They said in their statement, “By raising the policy rate more now, the risk of high inflation in the longer term is reduced, and thereby the need for greater monetary policy tightening further ahead.” Notwithstanding the surprise move, the Swedish Krona is down vs the dollar after initially spiking. The 2 yr Swedish yield is jumping by 11 bps to 2.54%.

This is leading to another round of bond selling in Europe and in turn the US. Also a factor was the CPI data out of Japan where the 40 yr JGB yield is retesting its July high in response. It rose by almost 3 bps overnight to 1.49%. 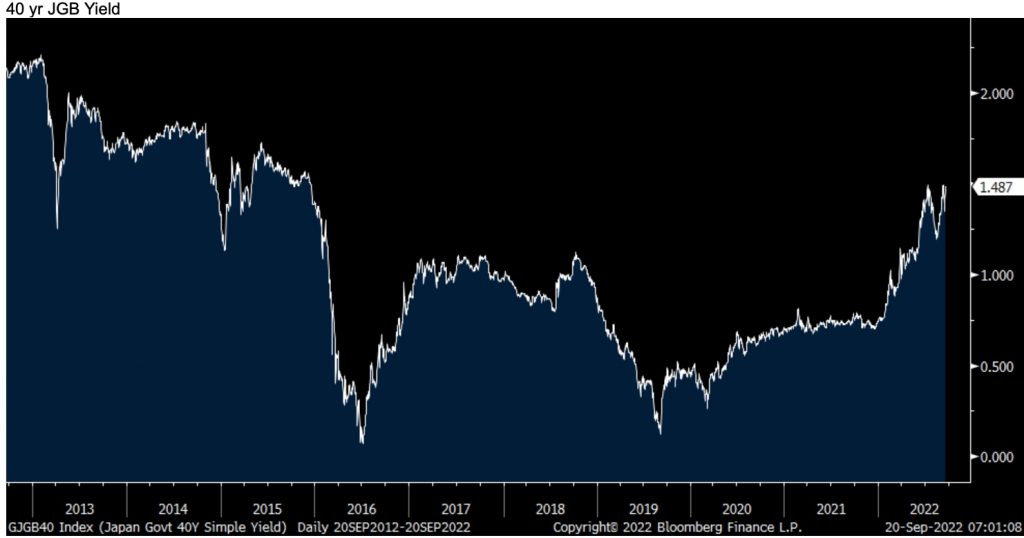 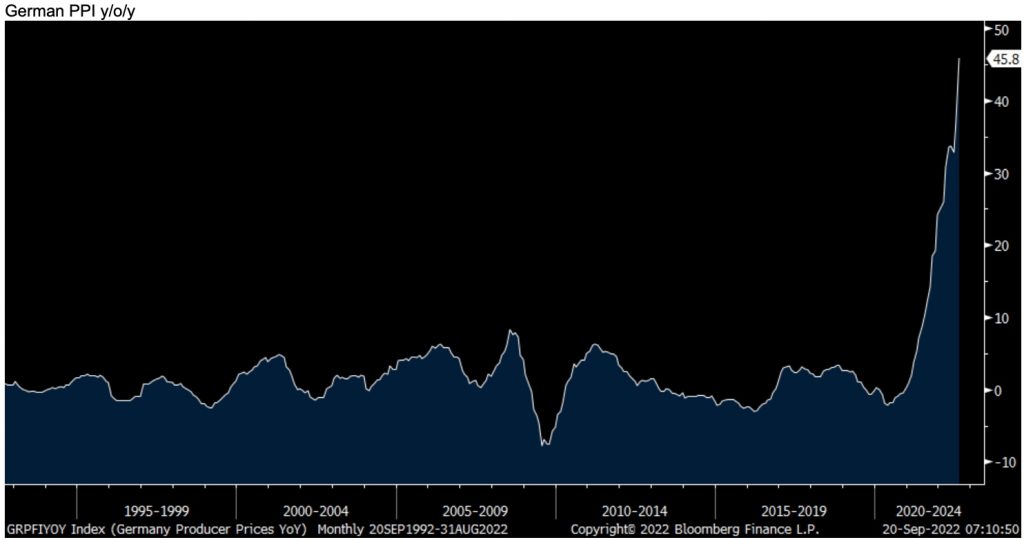 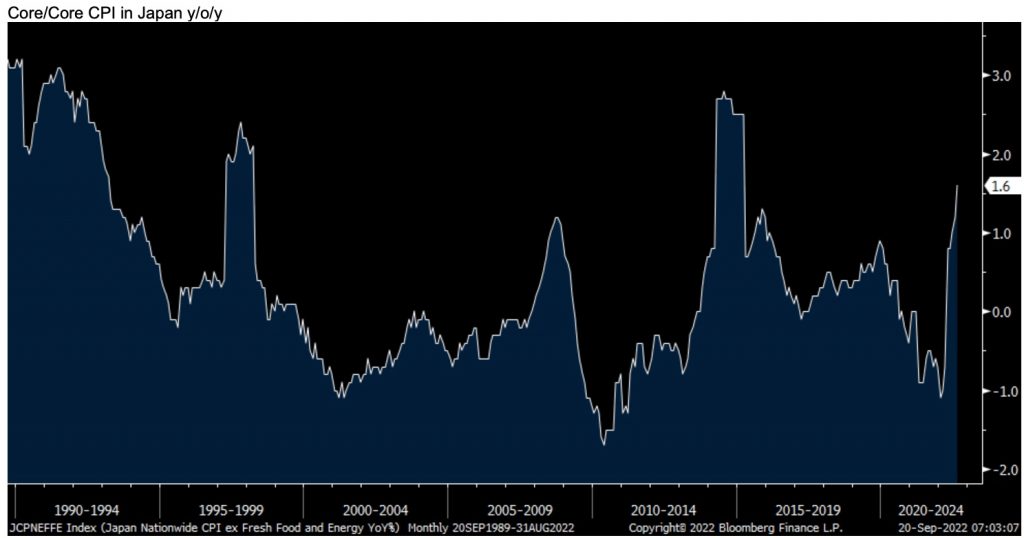 Outside of the influence of VAT hikes, that is the fastest core/core rate of inflation since 1993. The yen is weaker and we’ll see how Kuroda talks his way out of the criticism of current policy.