With the Dow and Nasdaq hitting a series of new all-time highs recently, what is happening right now is madness. 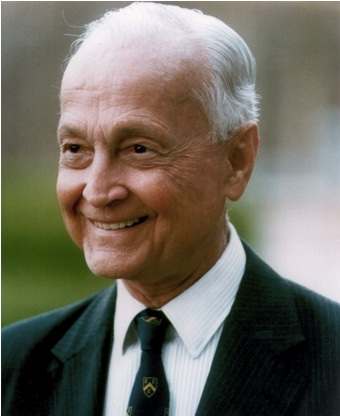 Templeton’s Warning About The “Euphoria” Stage
Here is what Peter Boockvar wrote today as the world awaits the next round of monetary madness:  “Bull markets are born on pessimism, grow on skepticism, mature on optimism and die on euphoria.” You likely have heard that quote before from John Templeton, an investing hero of mine. My prior boss, another great investor, often cited it and I felt that it was an important guide in gauging what stage of a bull market we are in. Sentiment is an unusual thing as its driven by emotion that separates itself many times from underlying reality both up and down. Considering the relentless, almost parabolic rally since the election as we approach the 8th year of this bull market that is nearing the longest ever, how can we not ask ourselves whether we are in the “euphoria” stage of this bull run…

Some say we need the participation of the retail investor in order to reach that level. I disagree as after two 50%+ bear markets in 15 years, that is not going to happen. Many have not and will not come back. Thus, we have only other ‘emotion’ indicators to rely on and even those are really only helpful in retrospect.

“Best Move: Just Buy Everything”
It was on January 12th, 2016 when an analyst at RBS said “Sell everything except high quality bonds…We think investors should be afraid.” He expected a “fairly cataclysmic year ahead.” The market bottomed a month later and the S&P 500 is up 30% since. I saw on TV last night with a headline titled “Best Move: Just Buy Everything?” Last week a writer at Marketwatch wrote “Here’s why you shouldn’t buy a stock ever again” in a fawn over passive, index investing.

We know that the amount of Bulls in the weekly Investors Intelligence survey have only been seen a few times over the past few decades. They currently total 61.2 vs 61.8 last week. Bears are a microscopic 17.5. I’m no technician and only use overbought/oversold metrics as a background message fully understanding that when extreme in one direction, it can get more so but we are really, really stretched. The 14 day RSI in the NDX yesterday closed at 84.7, the highest since January 1992. It was 84.2 in January 2000. The index is up 11 out of 12 days and that down day totaled 1.7 pts. The technology sector within the S&P 500 is up 14 days in a row.

Valuations don’t matter until they do and certainly haven’t mattered for a while but we can’t deny the fact of where stocks are trading relative to other historical peaks.

Much of the ebullience is being driven by hopes over a large cut in the corporate tax rate. To put numbers to this, the Bloomberg US exchange market capitalization has increased by $2.5 Trillion since the day of the election. According to the CBO estimate, the US will take in $320 Billion in fiscal year 2017 in TOTAL corporate income taxes. Thus, if the entire corporate tax was eliminated, we’ve priced that in by 8 times and some of those corporations are privately held. I know that we’ll get regulatory relief and capital spending tax incentives that the market is celebrating but you get my point.

“A feeling of great happiness and excitement.”

Applying that to the stock market is certainly slippery in that how do we apply and measure it but from what’s been seen since the election in a very aged bull market, I think it is only prudent to ask whether we’ve entered that final phase seen in other historical bull markets. When it matters and from what level, who the heck knows but it’s still important for every investor to have a sense of what stage we are in.

Mortgage Applications Tumble
Mortgage applications to buy a home fell 2.8% w/o/w to the lowest level since mid November and thus giving back all of the post election bump higher with higher mortgage rates the likely factor. They still though are up 9.5% y/o/y. Higher home prices and the cost of financing has pushed the first time household into renting even more. Refi’s fell 1% w/o/w and are lower by 40% y/o/y.

Meanwhile, On Both Sides Of The Atlantic
Of note in Europe, the IFO German business confidence index rose 1.1 pts to 111, back to where it was in December but that’s still the best level since 2011. Both current conditions and expectations improved. IFO said “After making a cautious start to the year, the German economy is back on track.” If there is a country that eagerly awaits what Trumponomics will look like, it will be the export heavy German businesses.

Lastly, we’ll get the FOMC minutes from the meeting three weeks ago but after hearing from Yellen last week and from other voting members, nothing new will be gleaned. March is a growing possibility for a rate hike we already know.

***KWN has just released the remarkable audio interview with Michael Belkin, the man who counsels the biggest money on the planet, discussing the mining shares, gold, silver, global markets, and much more, and you can listen to it by CLICKING HERE OR ON THE IMAGE BELOW.

***ALSO JUST RELEASED: We Are Now Witnessing Something No One Has Ever Seen Before And The Scope Of It Is Unfathomable CLICK HERE.

Bank of England Vaulted Gold Has Plunged 258 Tonnes During Selloff