Today the man who has become legendary for his predictions on QE and historic moves in currencies and metals just warned about implantable human microchips and the Great Reset.

So let’s look at the First Reset:

The current global crisis situation is almost as unreal as the 1964 Bond film “Goldfinger” in which the old 007 villain Auric Goldfinger plans to attack Fort Knox.

The world already has a “real Goldfinger” in the World Economic Forum (WEF) German founder and globalist,  Klaus Schwab. 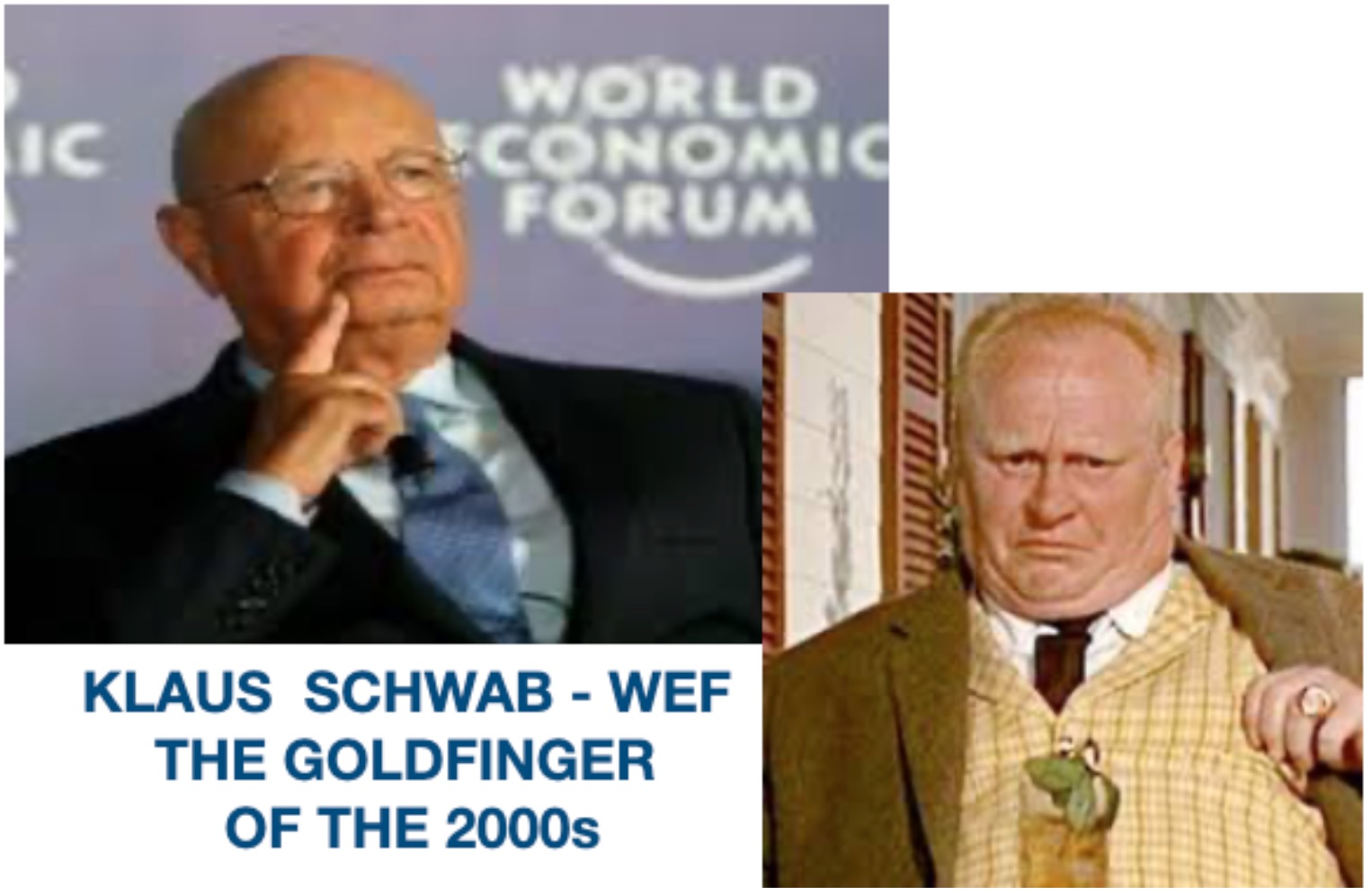 IS SCHWAB A MODERN GOLDFINGER?
Schwab’s “Great Reset” agenda sounds more suitable for a coming Bond film than for our World. It certainly has all the ingredients of a Bond film including dismantling the current capitalist system achieving world dominance with the assistance of implanted computer chips in every human being in order to control and programme the human race.

The real life plans of Schwab’s “Great Reset – The Fourth Industrial Revolution” are beyond belief and frightening. His plan certainly would be much more suited for a Bond film than for the world.

Every year Schwab manages to gather a global elite in Davos, consisting of billionaires, corporate and political leaders and many other hangers-on.

It is hard to determine how many of the participants actually believe in Schwab’s agenda and how many are there to rub shoulders with the the global elite. Most seem to be there because it is the place to be seen and “network”. You would have thought that there must be better places for important meetings than when the whole world is watching you. 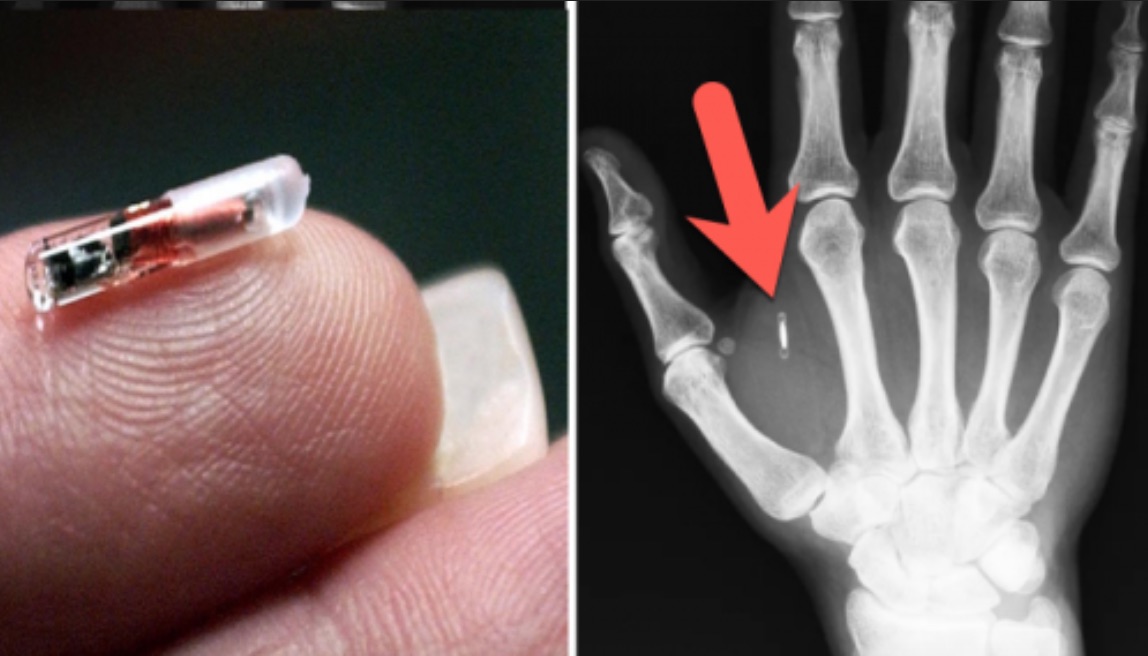 IMPLANTABLE MICROCHIPS
Goldfinger’s Schwab’s agenda according to his “Great Reset,” under the umbrella of the “Fourth Industrial Revolution,” is a “fusion of our digital and biological identity”. This will include “active implantable microchips that break the skin barrier of our bodies.”…

On the WEF website, Covid-19 is used as the pretext for the revolutionary reset. The agenda is based on dismantling the current capital system in favour of a centralised technocrat rule which will lead to fewer civil liberties, lower living standards, less fuel consumption and accelerated automation of jobs.

This purpose is clear, Schwab’s Great Reset will involve “implanted devices that will likely help to communicate thoughts normally expressed verbally ….. and potentially unexpressed thoughts or moods by reading brain waves and other signals.”

“Even crossing national borders might one day involve a detailed brain scan to assess an individual’s security risk.” Schwab also states that implantable microchips will be the cornerstone of a transhumanist agenda that will merge man with the machine. This will force us “to question what it means to be human” says Schwab.

Many of the technological developments that are part of the Fourth Industrial Revolution are clearly positive if handled correctly. But Schwab’s vision of a dystopian Marxist society controlled by an almighty elite would lead to a collapse of the economy just like communism did.

So there we have it, Orwell’s 1984 has finally arrived with Big Brother not just watching every step of human beings but also every thought even before it has been expressed. Obviously it will also become a two-way system so that humans can be programmed to do whatever the elite decides.

SCHWAB’S DYSTOPIA TO FAIL
Clearly, Schwab’s dream is the perfect script for the next Bond film with the old villain Blofeld executing Schwab’s Great Reset. But the big consolation is that so far has the villain in the Bond films never succeeded to conquer the world and control humans and I am quite convinced that Schwab’s Great Reset will fail too.

SECOND RESET – CBDC
The Second Reset involves Central Bank Digital Currencies (CBDC). Since the current financial system is bankrupt, the IMF, BIS and the leading central banks have realised that the present currency system needs to be replaced. So rather than a currency system based on paper money the central banks would instead create digital money.

Most of the major central banks are already working on CBDC. On top of national CBDCs there would be an IMF/BIS digital currency which would replace the present special drawing rights.

Currently central banks don’t directly print money to inject into the system. Instead they create money through open market operations. This involves purchasing securities in the market using new money or by creating bank reserves issued to commercial banks.

COMMERCIAL BANKS ARE THE BIGGEST MONEY PRINTERS
These reserves combined with deposits allow commercial banks to be the biggest money printers. Their reserves are multiplied through fractional reserve banking, allowing them to lend a proportion of their deposits and reserves.

In simple terms, if a bank receives a $100 deposit, it can lend or create $90 and retain $10 in reserves. The borrower of the $90 then uses the money and either directly or indirectly (e.g. buying goods), the $90 comes back into the banking system as a deposit. Thereafter, the 90% or $91 are lent again and so it goes on thereby expanding the banks’ balance sheets exponentially.

This makes the commercial banks the biggest printers or creators of money and has led to the explosion of debt that the world is experiencing.

CENTRAL BANKS – THE NEW LENDERS
The new CBDC system will eventually lead to commercial banks ceasing lending activities. Instead central banks will print money and directly lend the money to individuals or companies. This is what the MMT (Modern Monetary Theory) is all about.

As the central banks take over the loans of the commercial banks, they will most probably offset depositors’ funds which then would be worthless. Many commercial banks would be allowed to go under.

CENTRAL BANKS TO HAVE ULTIMATE CONTROL
It would be an ingenious system since the central banks would now control all money transactions including tax collection. They would control every single bank account and could charge any tax, government levy or fine directly without authorisation of the accountholder.

The central bank could never go bankrupt as it would just write off any bad debts and print more money in a never ending virtuous circle of unlimited money printing and debt creation.

The problem is that debt can never vanish without severe consequences.  If you write off  major debts, the assets that the debt were backing would also be worthless. But the unlimited ability of central banks to create new debt would supposedly solve any of these problems.

MONEY PRINTING IN THE 2000S ONLY FOR THE WEALTHY
Money printing in the 2000s never acted as stimulus but rather as a life raft for the financial system which has been under constant threat of bankruptcy since 2006.

This is why there has been no consumer inflation (but massive asset inflation) since the printed money never reached the public. Instead it temporarily propped up the banks and allowed the ones nearest to the printing press to create massive wealth.

The privileged few with access to the printed money includes the banks themselves and their top management, hedge funds, private equity as well as major investors and businesses. The consequences have been a massive gap between the haves and the have nots which will lead to much bigger civil unrest than we are currently seeing. 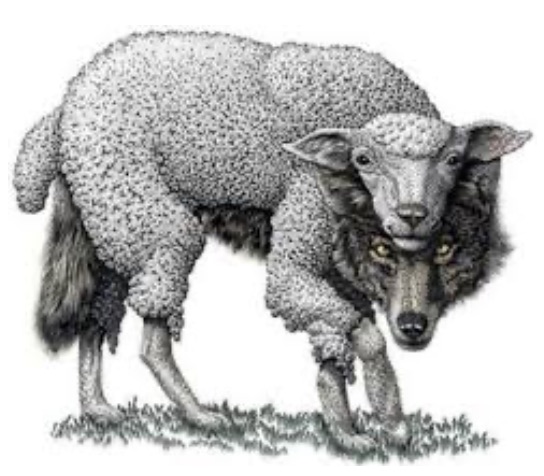 BRETTON WOODS II – WOLF IN SHEEP’S CLOTHING
So what is wrong with this system? It appears to be the perfect Shangri-La where money can be created at will, creating total bliss for the world.

Well, there is one major problem. This new Bretton Woods II or Reset is just a wolf in sheep’s clothing. It would be just a new construction to give the impression that the old system is now history and debts have been conveniently parked where they can make no harm.

NO ROLE FOR GOLD?
In my view, gold is unlikely to have an official role in the Second Reset and that is just as well. Whenever gold is officially backing the system, the risk of cheating or manipulation would be even greater than today. We must remember that before 1971, there was not the sophistication in the system to manipulate markets.

All this Second Reset would be is a digital form of fiat money, allowing central banks to flood the system directly with digital money instead of paper money. So the benefit for  governments and the central banks is that they have just modernised and streamlined  money printing.

CBDC WILL LEAD TO HYPERINFLATION
But there are no benefits for the world. The CBDCs will just increase debt and the velocity of money, eventually leading to hyperinflation and the total debasement of the digital currencies. So in effect just an acceleration of the problems in the current system.

THIRD & DISORDERLY RESET
Finally we have the Third Reset. This is a disorderly reset with the debasement of currencies accelerating, leading initially to hyperinflation and eventually to a systemic collapse and implosion of the financial system. In the third reset, the central banks would totally lose control. After the hyperinflation there would be a deflationary implosion as asset values and prices decline precipitously.

Gold would obviously be life saving during the hyperinflation but also be the only form of real money during the deflationary implosion as fiat money in the system disappears or becomes inaccessible.

So in summary there are three potential resets. The WEF or James Bond type reset, is in my view just a dream that is unlikely to happen.

The CBDC reset might start but will be far from implemented before the Third Reset starts. This Third Disorderly Reset is in my view inevitable and will happen whatever else the powers that be or central banks attempt.

The consequences of this reset is that global debt will actually implode and so will most bubble asset values. This will give rise to a new system that will not be encumbered by massive debt. Only after having got rid of the debt shackles can the world economy again grow soundly, albeit from a much lover level.

NEW SOUND MONETARY SYSTEM WILL ARISE
So great benefit with this reset is that out of the ashes of the current diseased system a new sound and non-debt based currency system will arise.

PRECIOUS METALS – LIFE INSURANCE
No one can with certainty say how the next 2-5 years will evolve or how the reset will evolve. What is certain is that risk is currently massive and will increase with every day that passes as more money is printed and debt goes exponential.

What we do know it that physical gold and silver are the best protection against an unstable and soon totally bankrupt system. Fiat currencies have declined 80-85% against gold in this century. In the next few years, they will decline another 95-100% whether they are paper or digital…For those who would like to read more of Egon von Greyerz’s fantastic articles CLICK HERE.