As we head into the final few months of the trading year, we haven’t seen this since the Great Depression.

Here is what Peter Boockvar wrote today as the world awaits the next round of monetary madness:  I will also look at this debate from another angle and it is a play on the stock vs flow thesis that the Fed came up with years ago in analyzing their influence on interest rates from their weekly purchases vs the growing size of their balance sheet. Looking at the flow of the data over the past few months, it is easy to argue that a rate hike now doesn’t make much sense: job growth slowing, ISM manufacturing back below 50, GDP growth averaging just around 1.5% over the past four quarters, a peak in auto sales (highly sensitive to the cost and terms of credit), etc…

Looking at the stock however, why are short term interest rates now about where they were during the Great Depression in the early 1930’s as we approach year 8 of this economic expansion? See the chart below on short term rates I found online from my friend Jim Bianco that stops in 2011 but you get the point as it says a million words about how off the rails monetary policy has gone and this says nothing about all the QE: 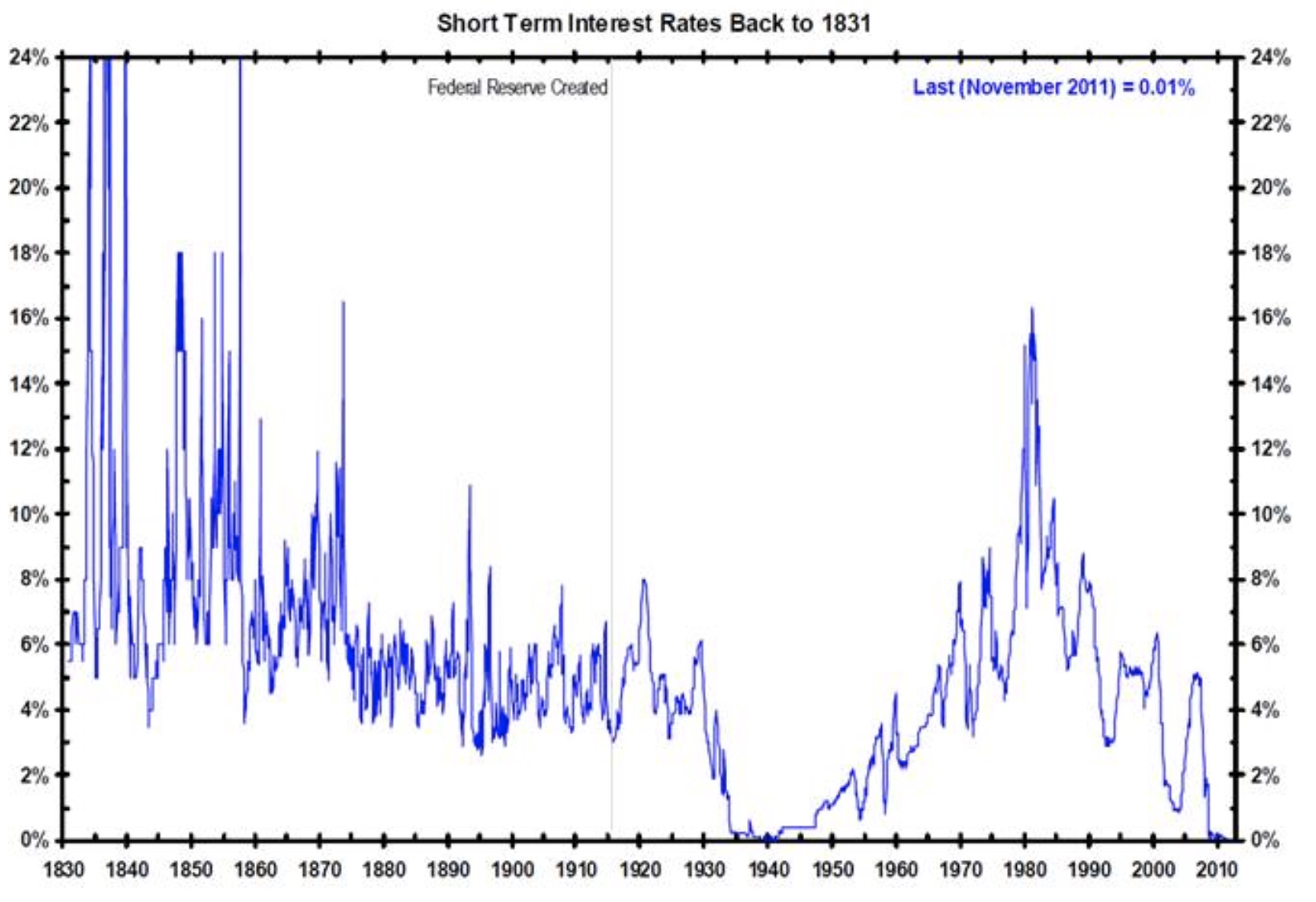 Lastly, KEEP YOUR EYE ON JGB’s! As the BoJ is the most aggressive bank out there, longer end yields continue to rise. The 10 yr yield was up another 1.5 bps overnight and is almost back to zero at -.018%. It was at -.29% just six weeks ago. The current level is the least negative since mid March. The BoJ is beginning to realize the damage the yield curve is doing to their banking system and there is chatter that in their month end review, there may be an attempt to let the curve steepen again. They have already been cutting back on buying paper with maturities of 10+ yrs. Considering the extent of the bond bubble, this will be quite a needle to thread.