We have now seen the gold breakout we’ve been looking for.

April 19 (King World News) – Alasdair Macleod out of London:  The Commitment of Traders’ report released was for the position ahead of last week’s sharp rise in the gold price and increased open interest on Comex. Surprisingly, it shows the hedge funds (Managed Money) cutting some of their long positions, which proved to be a mistake. Doubtless, they would have changed their minds and bought back some of their positions on Thursday and Friday, given the $40 rise and the increase in open interest.

The Swaps (bullion bank trading desks) are still uncomfortably short, and their position will have deteriorated significantly from last Tuesday. The next chart shows their gross and net short position at that date. 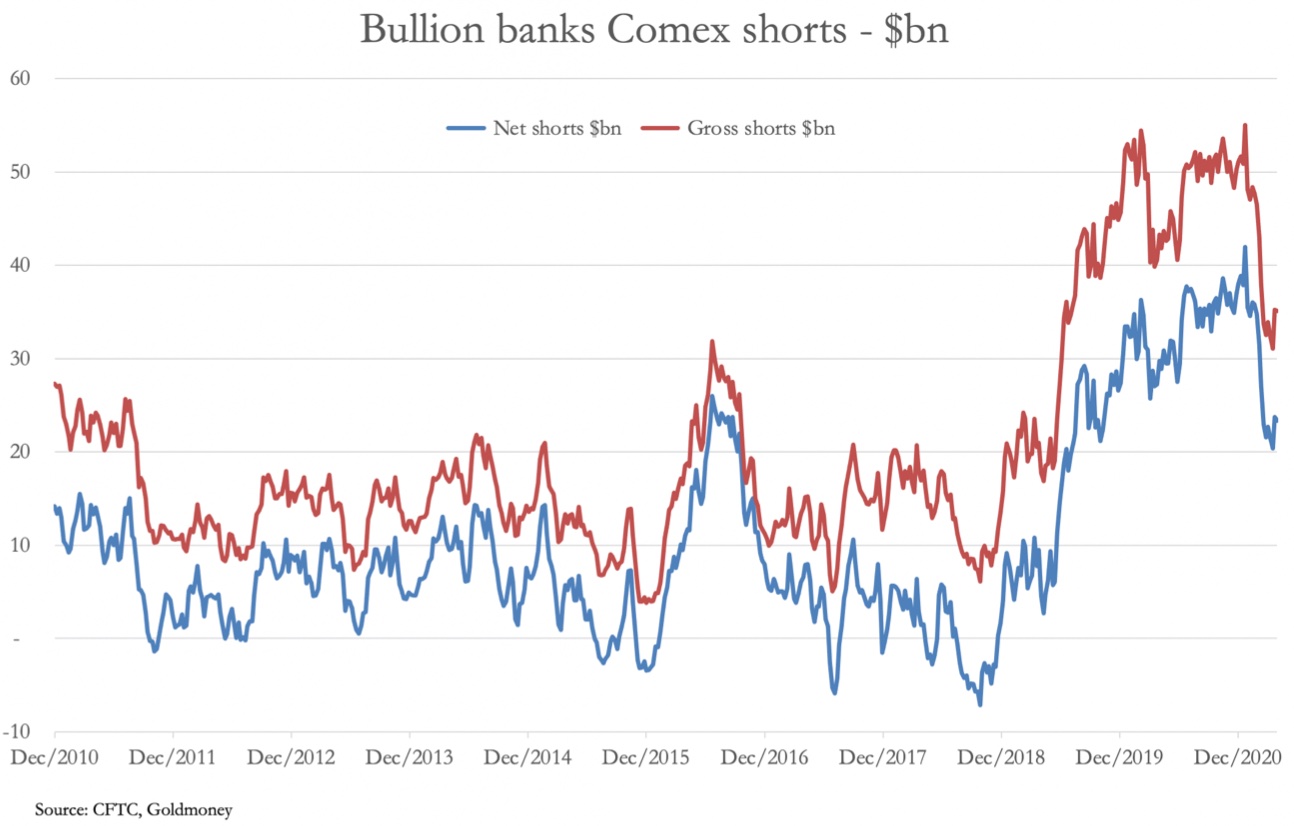 With hedge funds now oversold (110,000 net long is the long-term average position), we can now envisage that in a bull run they have scope to add as much as 200,000 net long contracts, which on rising prices would create significant difficulties for the bullion banks…

What triggered Friday’s rise in the gold price was a Reuters report that China has given permission to its commercial banks to import large quantities of gold, the rumour being that China might be looking to prepare for a gold backed yuan. Personally, I doubt it. More likely, China is rattling the dollar’s cage in an attempt to persuade the Biden administration not to pursue more aggressive trade and geopolitical policies.

In any event, gold’s performance last week looks like the breakout we have been waiting for. And the good thing is the apparent lack of bullishness, which means gold and silver are very oversold emotionally, and in current inflationary times potentially have much further to rise.

Costa – Ignore The Volatility, Step Back And Look At The Big Picture For Gold & Silver