Today KWN is pleased to share a dramatic chart that begs the question: What will happen when central planners finally lose control?

From Jason Goepfert at SentimenTrader:  “Each year, a number of prominent hedge fund managers gather for the Sohn Investment Conference and outline their rationales for long or short investments in stocks or macro views on other markets.

One of the managers with a nearly unmatched record over several decades is also among the most negative on stocks. Stan Druckenmiller gave several reasons to be bearish, most of which were unchanged from his outlook last year. One difference was volatility. As he noted, “volatility in global equity markets over the past year, which often precedes a major trend change, suggests that their risk/reward is negative without substantially lower prices…”.

It certainly seems like we’ve seen a lot of volatility. At the end of April, the S&P 500 was basically unchanged over the past 12 months (it was within 20 points of where it closed in April 2015).

Even though it was essentially unchanged, during the year the S&P moved as much as 18% from high to low. That seems like a lot of movement for not much gain, but in the grand scheme of things, that 18% range is among the tightest in history.” (see remarkable chart below). 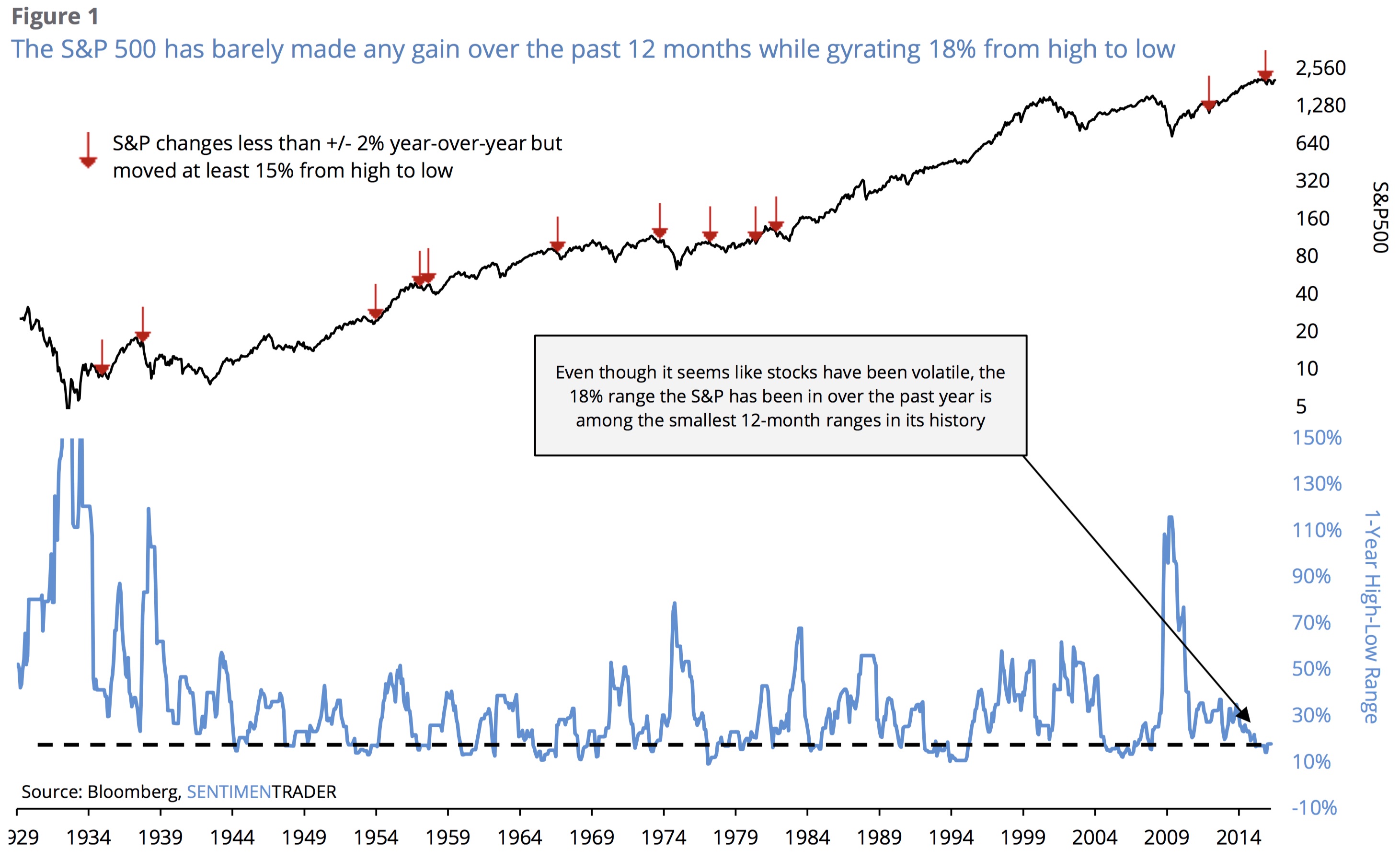 King World News note:  With central planners having such tight control over movements in stock markets, the question becomes: What in the world will happen when they finally lose control of them?

The War In The Paper Gold Market Continues

Hansen – Physical Gold Shortages Are Developing, Plus A Look At Panicked Markets