With the gold and silver markets getting hit today along with the shares, today King World News is pleased to present an important update on the war in the gold market from Michael Oliver at MSA. Oliver allowed KWN exclusively to share this key report with our global audience.

The “Mini-Panic” In The Gold Market
By Michael Oliver, MSA (Momentum Structural Analysis)
March 8 (King World News) – If the final exhaustion phase of the selloff in December qualified as a panic, then this is at least a mini-panic…

At the December low it was annual momentum that explained where support was and sparked the upturn.  This time MSA is focused on intermediate-trend momentum.

A year of downside in momentum, defined by a parallel channel of readings, was broken out above in late January, circled (see chart below). 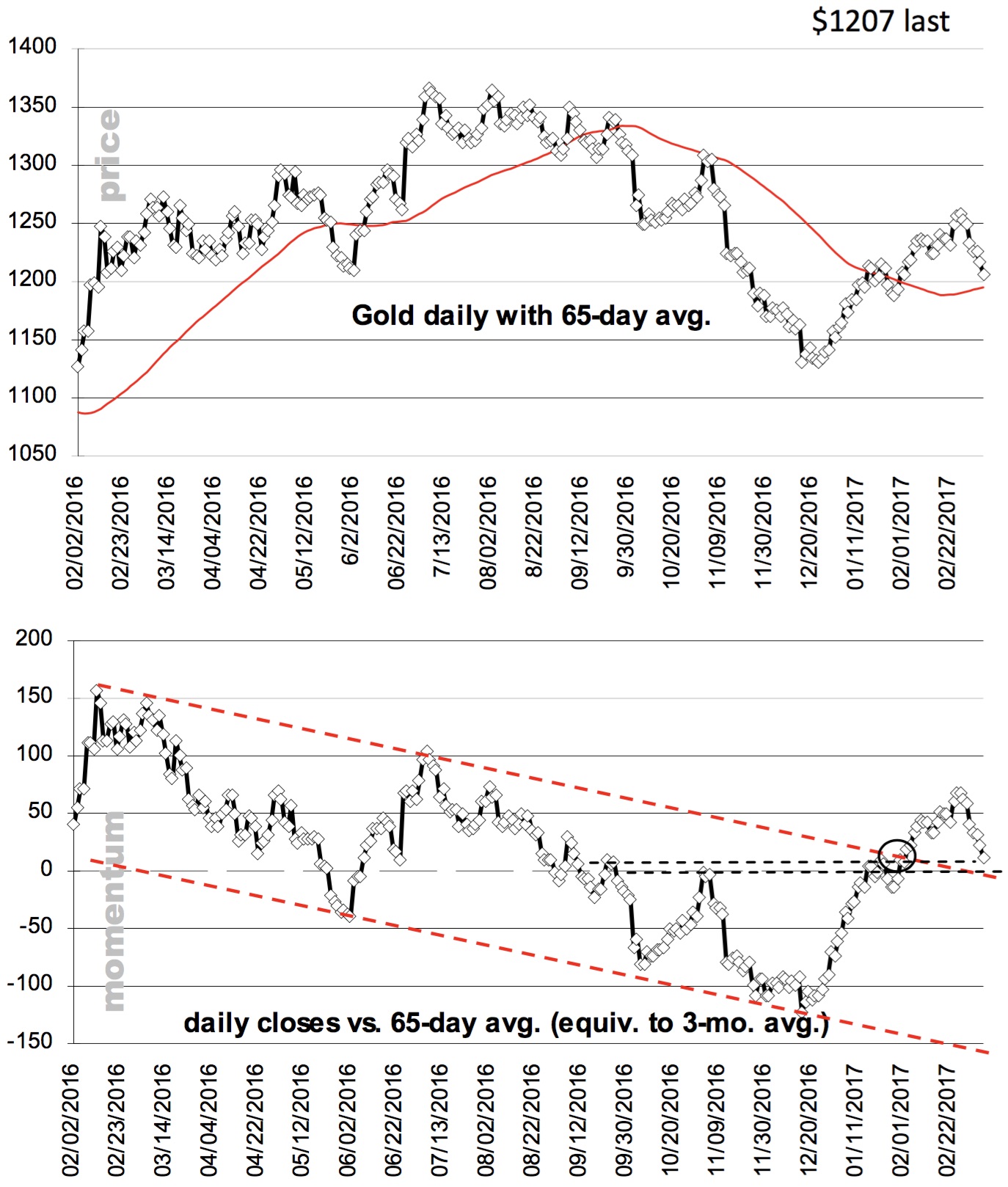 Resistance Levels For Gold Should Now Become Support
Suggestion: treat the momentum chart as you would a price chart.  The current pullback is now “around” the levels of the channel breakout and near the levels that had constituted overhead resistance in the final quarter of last year (horizontals).

No one can guarantee that this momentum support area will or must hold, but it’s a definable level of prior importance, and as is often true with price action, prior resistance, once overcome, then becomes support.

That maxim tends to be more true with momentum than price.

In the Gold Update of March 2, MSA suggested that prior expected support at $1190 could justifiably be raised perhaps $20 to $30.  We were using a 10-wk. momentum chart (equivalent to a 50-day avg.) in that report.  While their numbers are slightly different, that trend indicator and the 65-day momentum chart are in fairly close agreement.  Gold is likely at or near support.