On the heels of gold falling close to $1,200 and silver tumbling near $16.50, one of the most respected veterans in the gold world told King World News about a shocking admission that has rocked the gold market.  He also discussed the astonishing ramifications of this admission in the powerful interview below.

James Turk:  “A stunning admission has just rocked the gold market, Eric. Gunvor, which is one of the world’s big commodity trading firms, has ended its gold trading business less than a year after adding metal trading as a new activity. What’s so stunning is the reason given for the shocking about face…

“Here is the key quote for the move to close down the gold business: ‘Gunvor executives decided to abandon the precious metals trading business partly because of difficulties in finding steady supplies of gold where the origin could be well documented.’

It is of course hard to identify gold’s origin when central banks are surreptitiously involved in the gold market, and when central planners work hard at keeping their activity secret. Central planners always want to work behind closed doors. The reason they give for this desire for secrecy is just plain silly.

Central planners claim that secrecy is essential so that markets are not disrupted, which is not only misleading but totally spurious. The disruption to the market process that arises from the interventions of central planners is far worse than that would occur by disclosing to the public what they are doing and when they are doing it, which actually explains the real reason for their secrecy.

They are of course assisted in this task by the big banks, those that are supposedly too-big-to-fail no matter how badly they are managed or how corrupt they are. These banks are not allowed to fail because the central planners need these banks to facilitate the interventions of central planners, particularly in the gold market.

Only a select number of bullion banks acting as agents for governments know the name of the central banks that are the the true source of physical metal passing through the system as gold flows from Western central banks to Asia. Central planners are selling the family jewels.

What’s worse, they are trying to do it in secret, so that even a big commodity house does not know where the gold bars are coming from.

So here we have a big trading house leaving the market because they cannot establish identity of bars, and therefore do not want to be held accountable and accused of money laundering. But these bars are not held by oligarchs. The oligarchs are buyers of gold, not sellers. The selling comes from the central planners, and today is a case in point.

There is a concerted effort underway to get back gold back $1200. Can the central planners force gold back below $1200 again? We will see soon enough, but any physical gold they are putting into the market is immediately getting scooped up at these highly discounted and manipulated prices, with much of it being shipped to Asia. So go the gold, so goes the power. The West is only succeeding in destroying itself.” 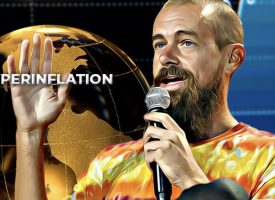