On the heels of the Dow surging close to the 26,300 level, a record was just tied set was set right before a major stock market collapse.

Public Continues Record Speculative Stock Buying Binge
June 16 (King World News) – Jason Goepfert at SentimenTrader:  Over the past few weeks, we’ve looked at the high and increasing amount of speculative activity among options traders, particularly the smallest of them that transact 10 contracts or less.

As stocks rose 3% or more each week, it was kinda-sorta understandable. But last week, stocks suffered high volatility and a big decline on Thursday, coupled with a mostly-failed rally attempt on Friday. That did not put off speculative traders – in fact, it emboldened them.

Using relative percentages, small traders spent 52% of their volume on buying call options to open. This is a record high, tied with the most extreme weeks in 2000. 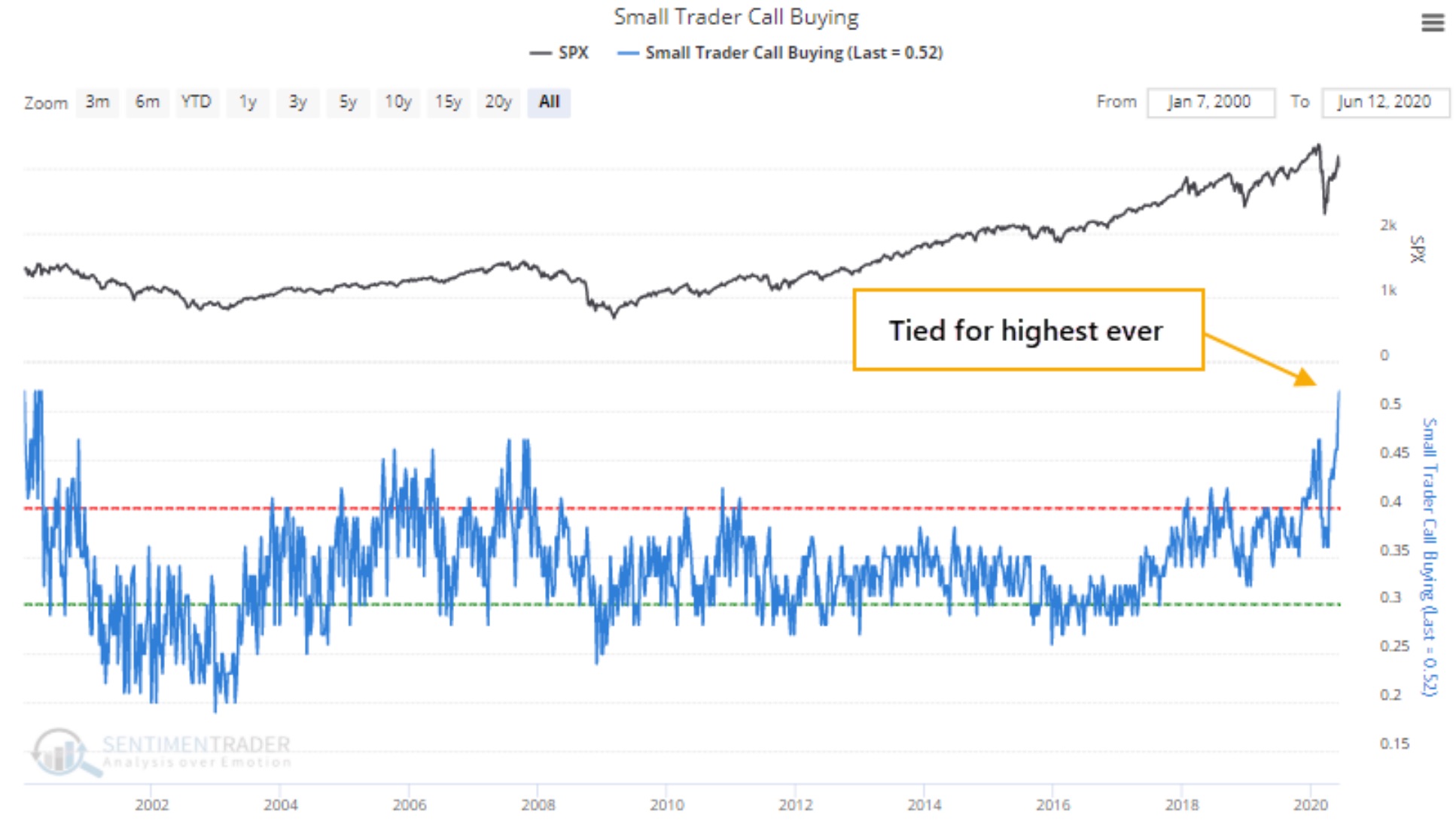 Speculation wasn’t rampant only among the smallest of traders. Even the largest of them, trading 50 or more contracts at a time, focused to a near-record degree on speculative calls…

Maybe the legions of new traders have spawned some kind of perverse front-running scheme among hedge funds, which are breaking their trades into tiny pieces and skewing this data. That’s doubtful. More likely, it’s a hoard of new traders stuck at home who have seen stocks only go up for months on end. This has never ended well and remains a large risk over the short- to medium-term. …To subscribe to the internationally acclaimed work that Jason Goepfert produces at SentimenTrader CLICK HERE.