The crisis set to accelerate as virus cases soar, plus look at what just hit an all-time record.

That is a rather modest loss because the spike is due to a change of methodology. If it had been due to a new burst of contagion, I think we might have plunged a thousand points or more.

China ousted two key officials in the epicenter of the outbreak. They are also sending in 2500 of military medical staff to Wuhan, hinting the virus threat may not have crested.

Japan reported its first death from the virus. Stay tuned, the game is not over.

Overnight And Overseas – Asian equity markets saw a pullback as a change in methodology caused a sharp jump in the number of reported cases. Japan and India closed modestly lower, with somewhat heavier selling in Hong Kong and Shanghai.

Interestingly, the selling is slightly more aggressive in London, Paris and Frankfurt.

Among other assets, Bitcoin has backed off its high and is now trading just above $10,100. Gold is shade higher and WTI is trading just under $51. The euro is a bit softer against the dollar and yields are slightly lower.

Consensus – The Chancellor of the Exchequer resigned. Traders wonder if it is Brexit related. Merkel’s attempt at an orderly succession continues to dissemble. European struggles may loom.

Skepticism about validity of China’s numbers on virus seems to have been well placed. Traders await new double checking.

Manic
Jason Goepfert at SentimenTrader:  When you take a bull market and juice it with zero commission trading, we can expect it to generate interest among retail accounts. That it did, going parabolic in January. 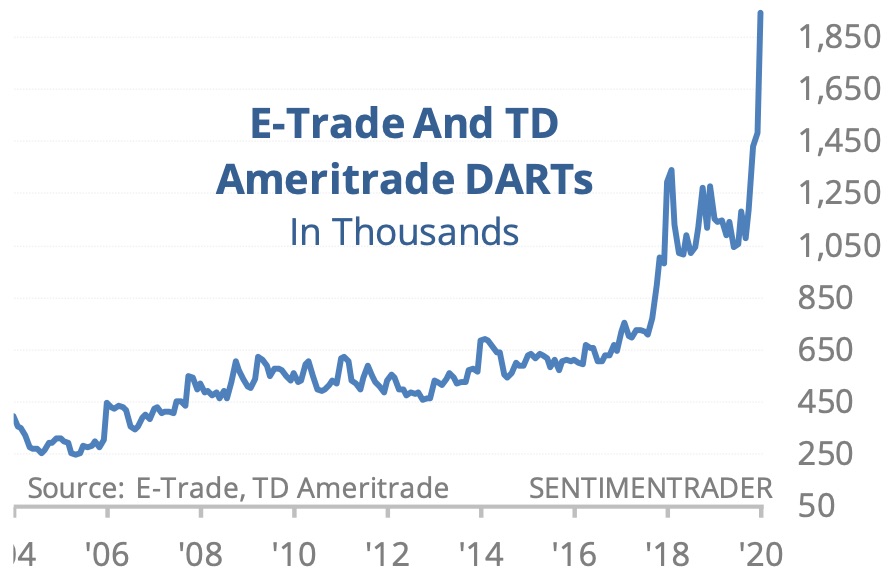 According to E-Trade and TD Ameritrade, their Daily Average Revenue Trades (DARTs) skyrocketed in January. On those two brokerage platforms, traders placed nearly 2 million trades. Last fall, it was at barely 1 million.

Of course, this is partly driven by commission-free trading…

That doesn’t completely detract from the idea that mom and pop wouldn’t have an interest in trading so much if they didn’t think they could profit. Few of them sell short, so it’s safe to say much of this activity is driven by an interest in buying the next Tesla. 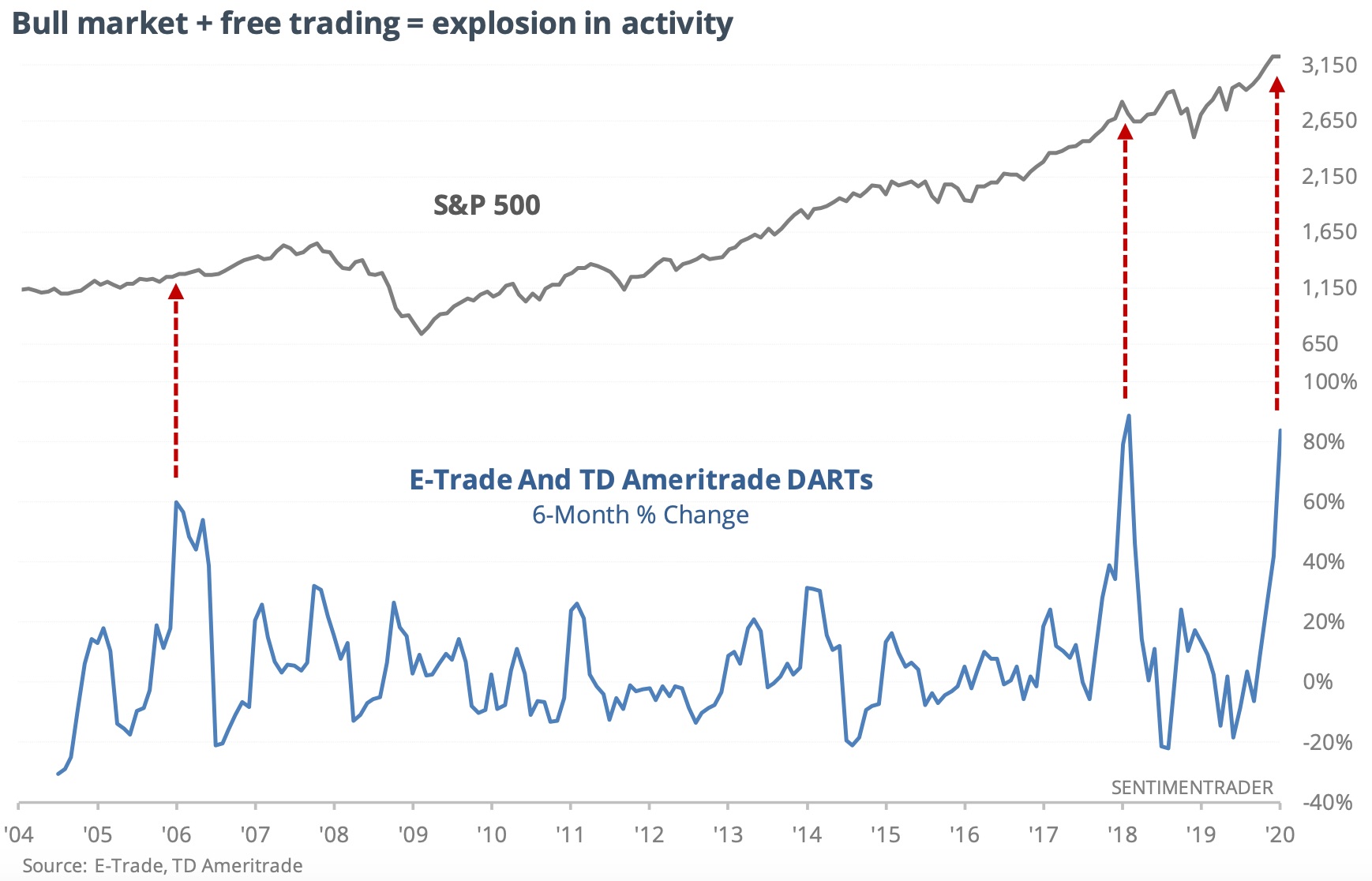 The only other time that activity spiked this much was in the final months leading up to the January 2018 peak. There isn’t a perfect correlation between trading activity and market extremes, but it’s decent, and this latest bout is just as troubling. This is another example of why Jason Goepfert is the best in the world at what he does — providing actionable market data. To subscribe to SentimenTrader CLICK HERE.