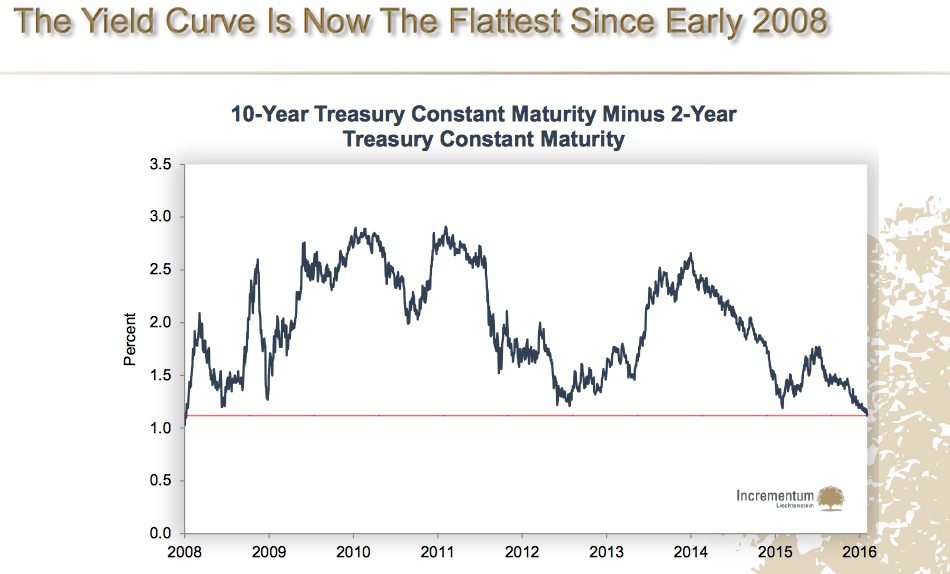 ►  It is well known that the slope of the yield curve – i.e. the 10-2 year treasury yield spread – is a reliable predictor for future economic development.

►  Appropriate for predicting recessions two to six quarters ahead. 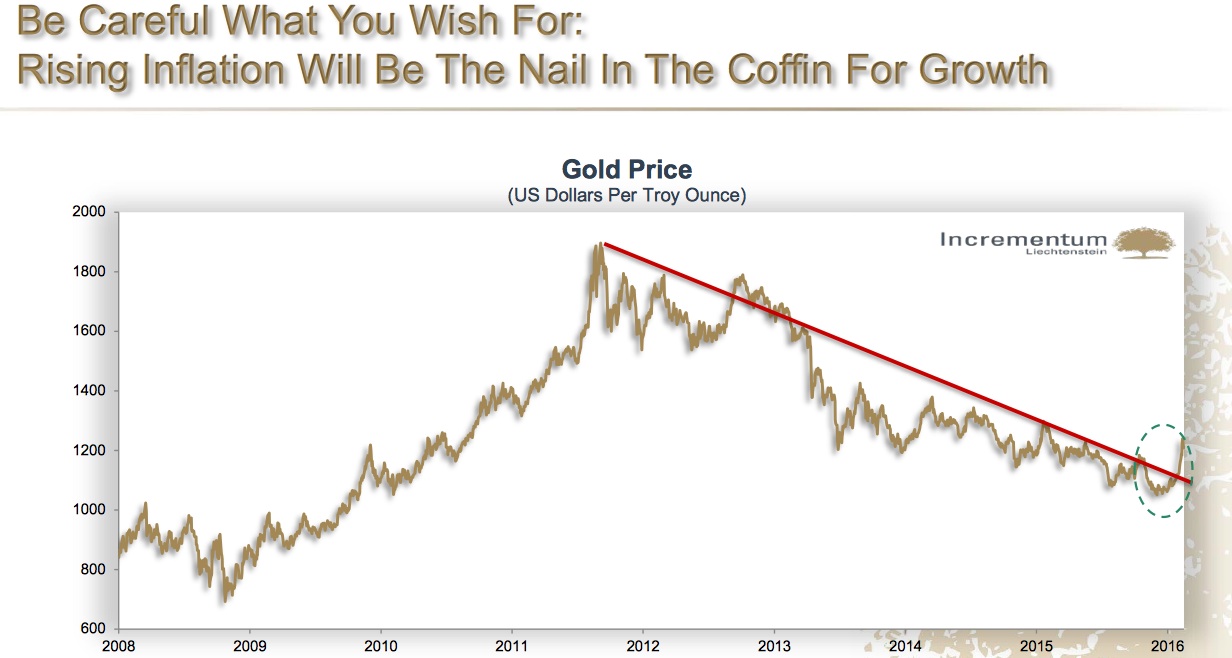 Is gold the canary in the coal mine for rising inflationary pressure???

Good investors differentiate themselves from bad ones in times of crises. From our point of view, 2016 will be dramatically different from previous years: risks taken on will become apparent.

►  We expect the US dollar strength to reverse into weakness!

►  Weaker DXY, also weakness against the EUR, CAD, AUD and some EM currencies expected, since many market participants will be surprised about further easing.

►  Gold has made a bottom. A new bull market is in the making.

►  Oil will stabilize. Geopolitical events are a wild card, geopolitical premium will be priced in again sooner or later.

►  Generally, commodities may bottom out soon and follow gold. 2008/2009 gold bottomed out a few months earlier than commodities, too. 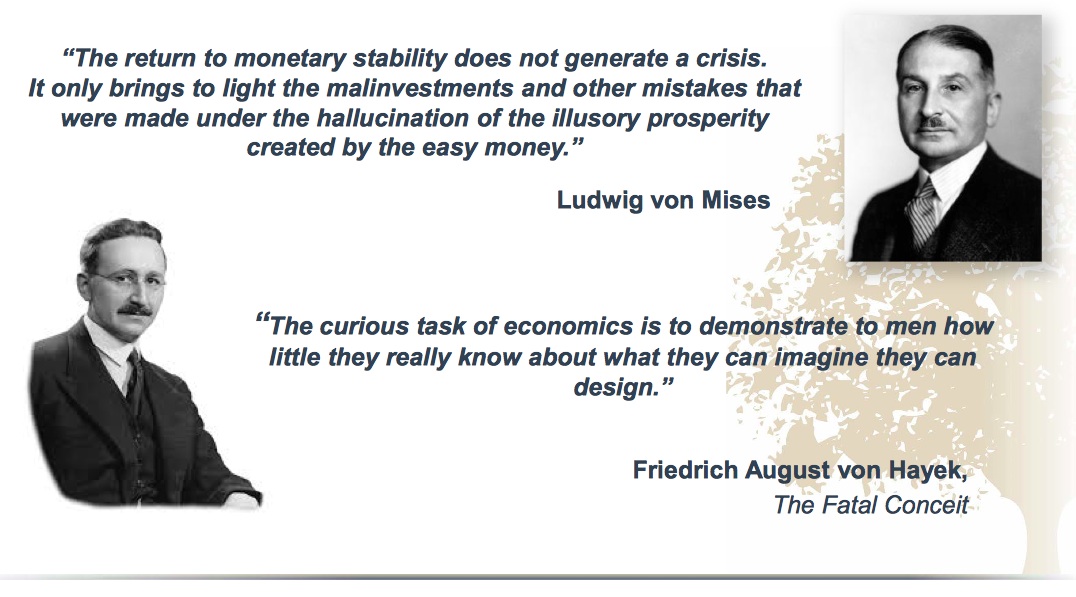 Gold And The Inflation Tsunami Are About To Rock The World