Trouble in Europe and finally a bottom in gold and silver as paper gold longs hit lowest level since 2019.

Finally A Bottom?
October 4 (King World News) – Graddhy out of Sweden:  Right now we have a very nice reversal up above (the 10 day moving average. …gold, silver and miners are most probably putting in cycle lows here. 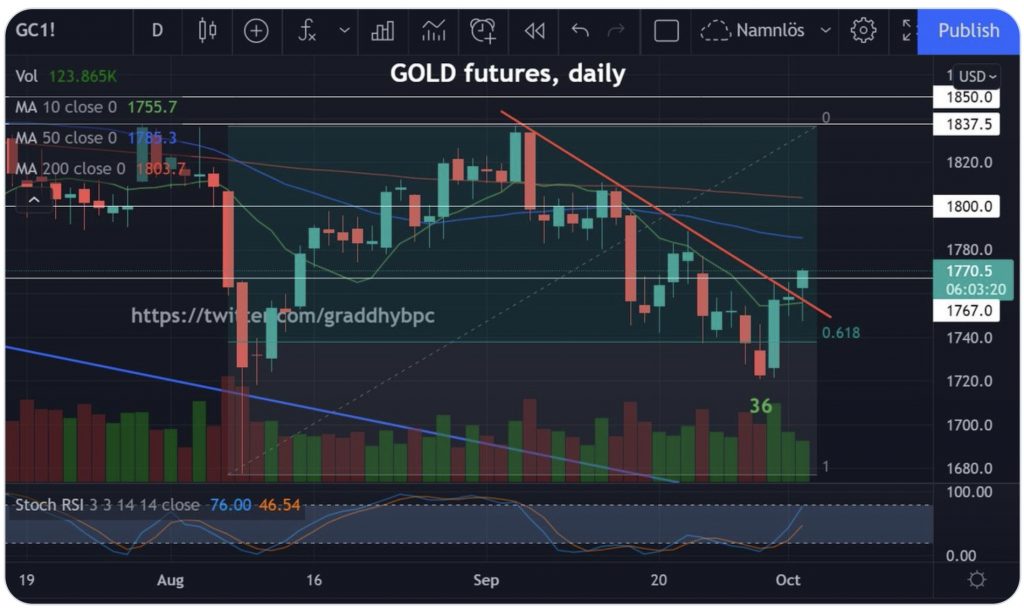 Monthly Silver vs M2 Money Supply
Graddhy out of Sweden:   That sure looks like a very interesting backtest. 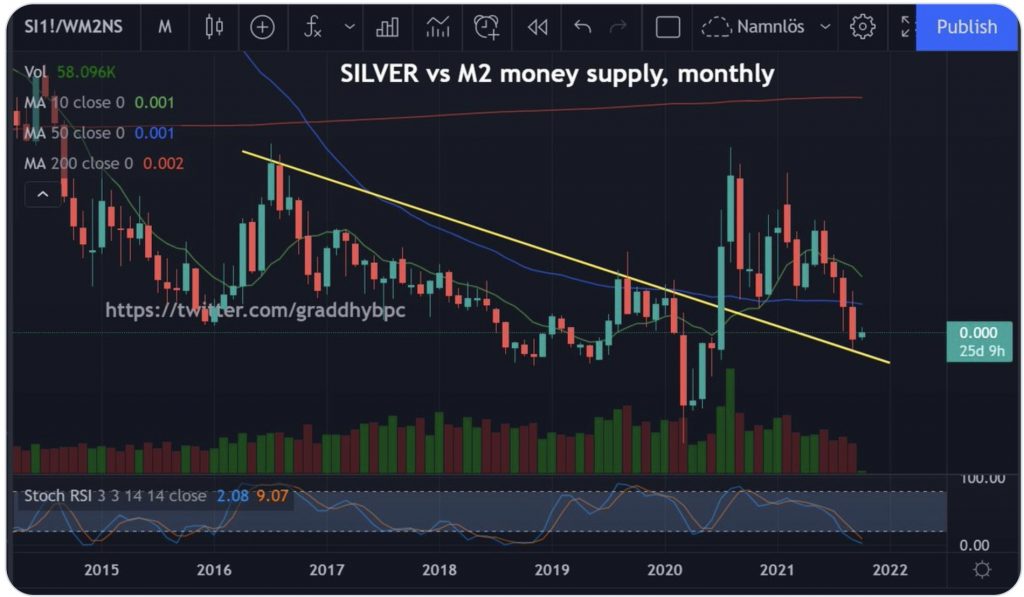 Peter Boockvar:  With the beginning of another quarter, particularly the last one of the year, I’m sure you’re getting the research reports on historical seasonal trends as September transitions to the notable October and then we glide into year end. While I play a macro guy, I’ve been a stock market/stock picking junkie for 30 years who every single year has gotten the Stock Trader’s Almanac, always interested in these trends as the book was so good at highlighting them. I’ll say now though, the Fed has thrown out the window all of these seasonal recurrences.

The trend over the past 10+ years of the stock market has ebbed and flowed with QE and the direction of the fed funds rate (in 2017 though it was hopes for the corporate tax cut that was the main driver). When the liquidity faucet shifts to on and remains so, markets trade up, when it gets turned towards the off switch, they’ve run into turbulence and selloffs. Yes, earnings do create a base line layer for stocks but Fed action turns the dial on the P/E ratio on which to price those earnings.

Trouble In Europe
While Europe is in a power plant/natural gas/coal crisis with prices spiking, I read this on BN today, “European banks are beginning to drop clients that pose a climate risk rather than face the possibility of higher capital requirements, according to the watchdog overseeing the development…There’s already evidence that upstream oil and gas projects are falling out of favor as banks move beyond coal exclusions.” The transition to ‘clean’ is all well and good but if the ‘clean’ part is not fully ready to take the baton from the ‘dirty’ than getting rid of the ‘dirty’ will only result in sharply higher prices for energy everywhere which will in particular hurt parts of the world least able to afford it. I remain bullish on energy stocks, particularly the European majors.

***To listen to exactly what levels to watch in the gold and silver markets and much more in this important audio interview CLICK HERE OR ON THE IMAGE BELOW.