Lowest In More Than 50 Years? Plus Another Recession Warning 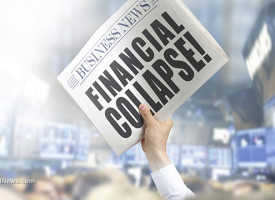 Here’s Why They Just Smashed The Gold Price $100 Lower 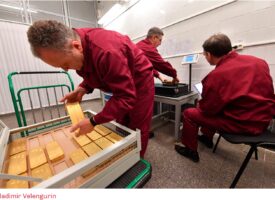 Chess Master Putin Is Moving Closer To Destroying The US Dollar

Gold Surges Near $2,000 Level But Silver Having A Huge Day 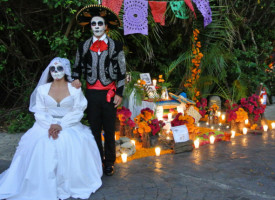 Dia de los Muertos, or Day of the Dead (October 31–November 2), is a time when Mexican people honor their deceased loved ones in hopes that their spirits will return to their families during this two-day celebration each year. Traditionally, people build private altars and visit graves with gifts such as sugar skulls and marigolds. With colorful, Carnival-like traditions, delicious foods, and art-filled experiences, it’s no wonder why the Mexican

Dinner on a cruise has traditionally meant set dining hours and big banquet tables, but that experience isn’t ideal for every traveler. Fortunately, cruise lines are increasingly offering specialty dining options that bring a new standard of excellence to the seas. Though not included covered by the all-inclusive rate, these restaurants offer high-end, intimate dining experiences at reasonable prices. In addition, more and more ships now feature menus that have

The Spanish poet and playwright Federico García Lorca once said, “In Spain, the dead are more alive than the dead of any other country in the world.” That statement couldn’t be truer in Barcelona: History is everywhere you look in the capital city of Catalonia, from the Romanesque courtyards of the Barri Gòtic and the medieval storefronts of El Born to the exquisitely preserved boutique hideaways and palatial lodgings peppered

As we head into the heart of the fall season, there’s no better way to celebrate the changing of the seasons than to escape into nature. Fortunately, many of the country’s best resorts cater to leaf peepers with special tours and programs that allow guests to enjoy awe-inspiring views and the crisp autumn air. Whether you’re looking for guided fall foliage hikes, off-road Jeep excursions, or nightly bonfires, you’ll find perfect

From carriage rides to historic homes, Charleston offers terrific experiences that should be on every traveler’s list. Here are Fodor’s top picks for the most memorable trip.

Miami’s famed South Beach is an architectural treasure chest thanks to over 800 examples of art deco, all of which were built in the years following a devastating hurricane that razed the city in 1926. The Art Deco District is only one-square mile, and some of the most dramatic buildings overlook the beach on Ocean Drive, so exploring is easy. Here are our 10 favorites to check out next time 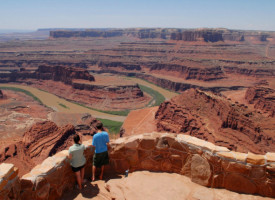 Moab is known as the adventure capital of Utah thanks to its “slickrock” mountain biking trails and white-water rafting along the Colorado River. It’s also the gateway for Arches and Canyonlands National Parks. When it comes to the scenery, there’s nothing quite like this place. Its otherworldly red-rock landscape has doubled as alien planets in Star Trek and John Carter, and also provided the backdrop for movies ranging from classic John

15 Things Not to Do in Hong Kong

Often described as New York City on steroids, Hong Kong’s frenetic pace, glowing neon lights, towering skyscrapers, and dense urban sprawl can overwhelm even the most experienced traveler. And that’s before you even consider the bounty of restaurants, museums, sights and outdoor adventures on offer here. Whether you’re heading to the “Fragrant Harbor” for two days or two weeks, this expert advice will help you avoid some common pitfalls and 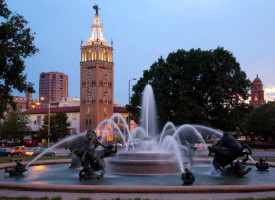 Did you know Kansas City, Missouri, has more fountains than any other city in the world except for Rome? Here are some other things you probably didn’t know about the so-called “City of Fountains”: It has ample parks, expansive boulvards, and, in recent years, a growing influx of young professionals with sophisticated tastes. A visit to this hip, friendly Midwestern city offers a range of cool corridors, from upscale Country Club 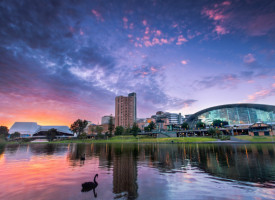 Long Weekend in Adelaide and the Barossa Valley

Once overshadowed by Australia’s flashier eastern metropolises, like Sydney and Melbourne, Adelaide is ready for its close-up. The laid-back capital city of South Australia enchants with its vibrant culinary scene, world-class arts festivals, ample parkland, buzzing nightlife, perfectly gridded and pedestrian friendly downtown, and accessible escapes to some of the country’s most celebrated wine valleys. It is, in short, an opportune place to spend a relaxing but event-filled long weekend.

From ghost tours to antique shops, Savannah offers terrific experiences that should be on every traveler’s list. Here are Fodor’s top picks for the most memorable trip. 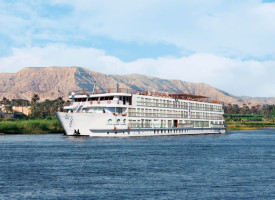 It’s a cliché, but it’s true: Bigger isn’t always better—especially, for certain types of travelers, when it comes to cruise ships. While large cruise lines do offer some amazing amenities—from Broadway-style productions to lavish spas to sprawling ice-skating rinks—sometimes it’s the little things that make a big difference. We talked to some industry experts who agree: If any of the below apply to you, consider booking your next sail on

Every traveler’s bucket list should include viewing the northern lights, also known as aurora borealis, one of nature’s most spectacular phenomena. And while scientists predicted that December 2013 would be the peak of the current solar cycle, and thus the best time to see the northern lights, recent celestial activity suggests that this winter will offer plenty of viewing opportunities as well, with earlier-than-expected sightings in August as far south 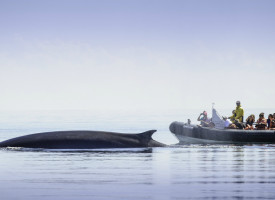 Want a whale of a tale to tell? For nature lovers, very little compares to the thrill of coming up close to these gentle giants of the sea. Thankfully, you needn’t venture to the other side of the planet to ensure an exhilarating encounter, with the coastal waters of New England and Atlantic Canada teeming with humpbacks, pilots, finbacks, minkes, and many more of these beautiful behemoths. Here, we’ve rounded

20 Ultimate Things to Do in Chicago

The Windy City, the City of the Broad Shoulders, the Second City—there’s a reason Chicago has so many nicknames: this is a city of multitudes. That also means there’s a lot to do here, from fine dining to award-winning local theater to cultural gems like the Art Institute of Chicago. Needless to say, it’s impossible to do everything, but there are some experiences that simply shouldn’t be skipped over. Whether

From Native American cultural attractions to its burgeoning dining scene, Santa Fe offers terrific experiences that should be on every traveler’s list. Here are Fodor’s top picks for a memorable trip. 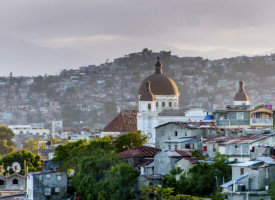 How to Spend a Perfect Week in Haiti

Forget everything you think you know about Haiti, and disregard any disturbing images you may have seen in the news. This resilient Caribbean nation is ready for curious, open-minded travelers to once again experience its vibrant Creole culture and stunning natural beauty. Five years after a devastating 7.0-magnitude earthquake, Haiti is striving to rebuild by redeveloping its tourism industry. (Though often disregarded as a destination, this country was formerly a Caribbean hot spot with the

10 Things You Didn't Know You Could Do in Indianapolis

As the host of the world’s largest single-day sporting event, the Indianapolis 500, it’s hard to link the city of Indianapolis with anything other than racing. But the city is thriving, and it offers travelers an abundance of options to fill up a visit: Museums and art galleries line the streets, the restaurant scene is booming, and there’s a collection of monuments and memorials that are comparable to those found 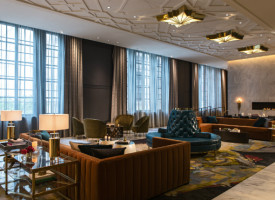 The City of the Big Shoulders, as poet Carl Sandburg once famously dubbed Chicago, is flaunting some serious culture cred this fall with openings of boutique hotels, restaurants from celebrity chefs, and a major arts event. Fans of fall foliage won’t want to miss a brand-new hiking trail, too, snug in the heart of the city. Never before has the Windy City been this prepped to be a style setter.

From stunning architecture to canal cruises, Moscow and St. Petersburg offer terrific experiences that should be on every traveler’s list. Here are Fodor’s top picks for a memorable trip.