Tony Robins Tells You How To Make Money Like A Billionire

Control your money mistakes and gain financial freedom: After watching the global financial system almost melt down, I began an amazing journey several years ago to find a way for individual investors to take control of their money in a system that seems rigged against them.

I vowed that, if I was going to do this, I would do it all the way; to bring people the best possible information from the world’s most knowledgeable and influential experts.

But where to start?

Throughout my career I’ve been obsessed with finding successful strategies and tools that can immediately change the quality of people’s lives. Time and again I have proven the effectiveness of those strategies by producing measurable results where others have failed. What I knew from the beginning was that success leaves clues. People who succeed at the highest level are not lucky; they’re doing something differently. They zig when others zag, attack when others retreat. I’m interested in those people, and their relentless hunger to learn, grow, and achieve.

On my quest to help people take control of their money, I searched out these success stories. And in the process, I interviewed more than 50 self-made billionaires, Nobel Prize winners, investment titans, bestselling authors, professors, and financial legends, asking every question I could think of about the art of building wealth.

It was the ultimate PhD in investing, where my “professors” weren’t professors at all, they were practitioners — moving markets and shaping the world economy while they were coaching me one-on-one.

What is your competitive advantage in investing? What sets you apart? What insights have allowed you to dominate the markets decade after decade?

Is the game still winnable? How can individual investors thrive in the volatility of today’s economy?

And, perhaps most important of all: If you couldn’t leave any money to your children, just a set of financial principles to help them thrive, what would it be?

Their answers excited me, shocked me, and sometimes made me laugh. Other times, they moved me to tears. It was beyond any university education one could imagine. Like all experts, these money masters have different views of what the near-term future might hold, and they have different opinions on which investment vehicles they favor most. Some are short-term traders; some like to hold long-term. Some think indexed investing is the way to go, while others swear you can make more money in arbitrage.

Even though they sometimes disagree on tactics, we can applaud how often these money masters’ divergent paths have led them to the same goals. Indeed, what I found most interesting in my examination of these financial legends’ distinct approaches is not what makes them different, but rather what makes them similar.

They all share at least these four common obsessions:

1. Don’t lose. Every single one of these masters, while driven to deliver extraordinary returns, is more obsessed with not losing money. Even the world’s greatest hedge fund managers, who you’d think would be comfortable taking huge risks, are actually laser-focused on protecting their downside. From Ray Dalio (the founder of the largest hedge fund on the planet) to Kyle Bass (who turned $30 million in investments into $2 billion in two years) to Paul Tudor Jones (one of the top 10 financial traders since 1993), they understand implicitly that if you don’t lose, you live to fight another day.

As Jones said: “I care deeply about making money. I want to know I’m not losing it . . . The most important thing for me is that defense is 10 times more important than offense . . . You have to be very focused on the downside at all times.

And this statement comes from a guy who’s made money for his clients for 28 consecutive years. It’s so simple, but I can’t emphasize it enough. Why? If you lose 50%, it takes 100% to make it back to where you started — and that requires the one thing you can never make more of: time.

2. Risk a little to make a lot. While most investors are trying to find a way to make a “good” return, each of these famed investors, without exception, looks for something completely different: home runs! They live to uncover investments where they can risk a little and make a lot. They call it asymmetric risk/reward.

Sir John Templeton’s path to great gains with the least risk was not to buy the market, but waiting until, as the 18th-century English nobleman Baron Rothschild put it, there is “blood in the streets” and everybody is desperate to sell. That’s when you pick up the best bargains. John D. Rockefeller also built his massive fortune on this notion.

All great investors have to make decisions with limited information.

Jones, on the other hand, follows trends in the market. But, as he told me, he doesn’t make an investment until he can potentially get a return of at least $5 for every $1 he risks. And that, he says, is a $150,000 MBA in a nutshell! 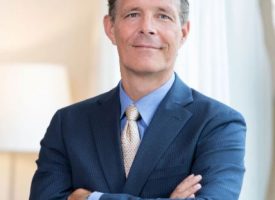