Top Citi analyst Tom Fitzpatrick:  Gold is approaching an area of major resistance, and if we were to get the pullback in the US dollar and in US yields, as we are expecting, we could get a meaningful break above those levels (see chart below)… 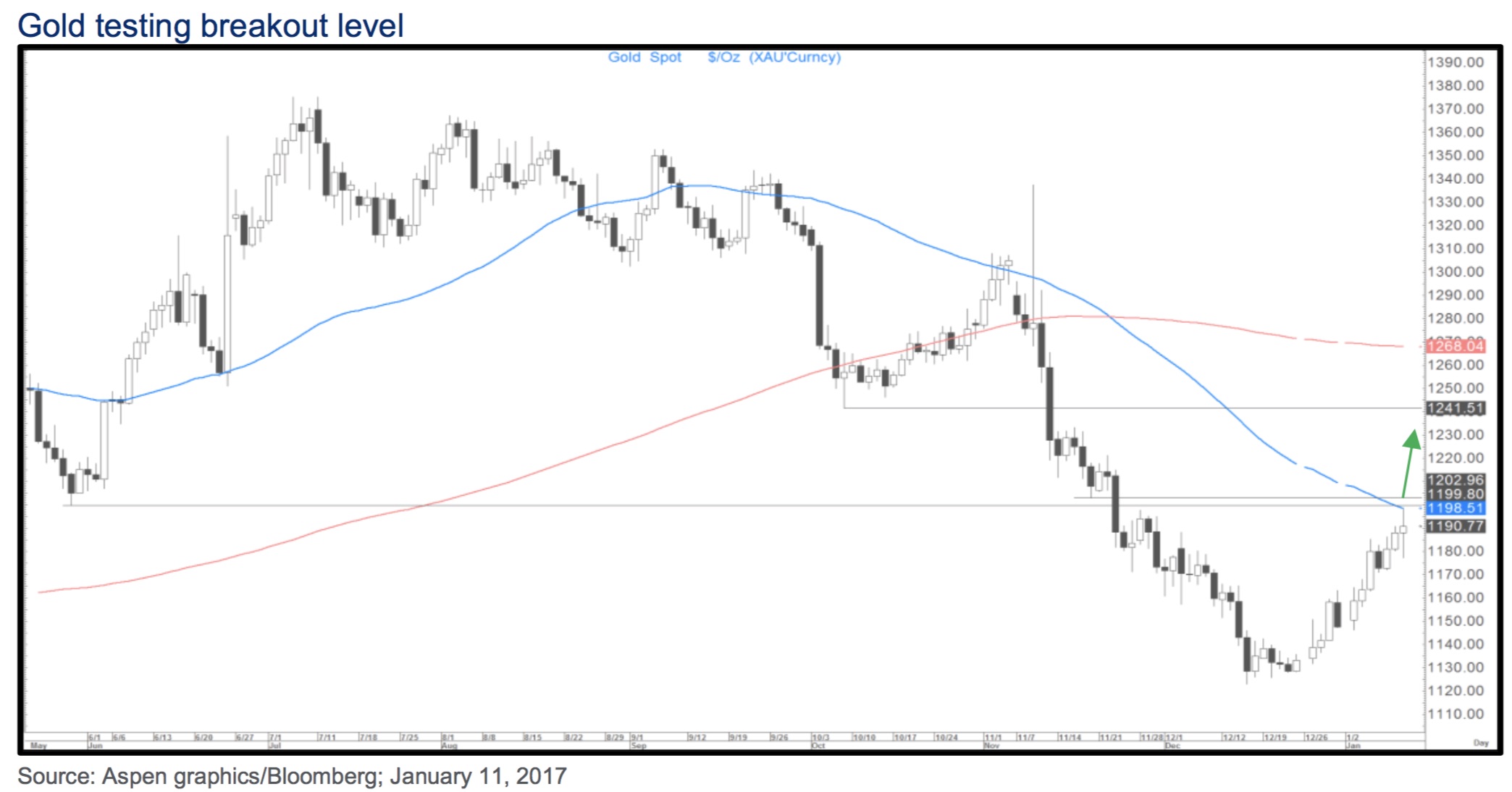 We are presently testing an area of major resistance from $1,198 – $1,203, where the low from May converges with the 55 day moving average.

If we were to see continued weakness in the US dollar and yields also continue to correct lower, we could see gold break above this area of resistance and test $1241. The 55 and 200 week moving averages come in right above this level as well as at $1,243 and $1,249, respectively.

King World News note:  It is also worth noting that when Bill Fleckenstein was asked if he believes we have seen the bottom in the gold and silver markets, he discussed the importance of clearing the $1,220 level (see his quote below):

“I think it is very likely, but as Mr. Skin recently noted, it takes higher prices to confirm that. I think clearing the $1,180-$1,220 level will indicate that the bottom of the correction
was seen in December.” — Bill Fleckenstein

King World News note:  So $1,220 and $1,250 will be important hurdles for the gold market to clear on the upside.  Many people believe that a lot of work needs to be done repairing technical damage before gold takes out those levels.  While that is entirely possible, secular bull markets always surprise on the upside and it will be very interesting to see if the gold market stuns participants with a big thrust higher in the coming days and weeks ahead.