This situation is becoming dire for the Fed.

2nd Worst In 9 Years
November 5 (King World News) – Here is a portion of what Peter Boockvar wrote today as the world awaits the next round of monetary madness:  Another Treasury auction, another round of crappy demand. While the 3 yr auction yield was 2.983%, just a hair above the when issued level, the bid to cover of 2.54 was well below the one year average of 2.82 (see chart below). 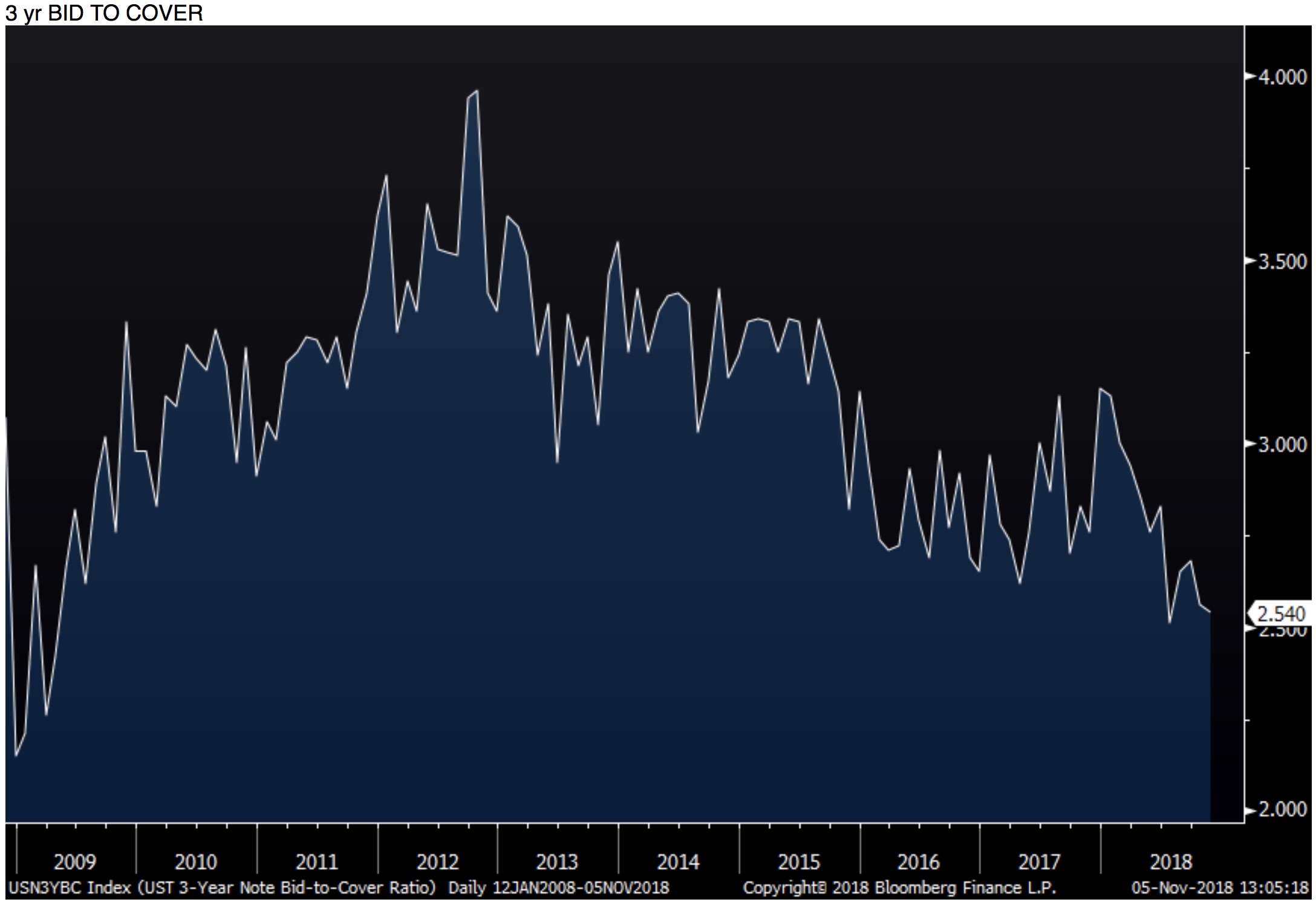 That is the 2nd worst in 9 years. Also reflecting a very weak auction, dealers were left with 48% of it, the most since July and 2nd biggest since the end of 2016…

Bottom line, a near 11 yr high in yield again was not enough to bring out any notable demand just at the time we most need it. The huge supply coming to market seems to be overwhelming interested buyers at these auctions.  Also, as stated here many times, the pace of foreign buying has been very spotty and the cost of hedging out dollar exposure has completely offset any yield pick up. As seen in the market action in October where both bonds and stocks sold off, bonds right now are no flight to safety.

ALSO JUST RELEASED:ALERT: Gold Set For One Of The Greatest Bull Markets Of All Time CLICK HERE TO READ.