This should add fuel to the gold rally. Also, this has been talked about but it is still hard to believe. 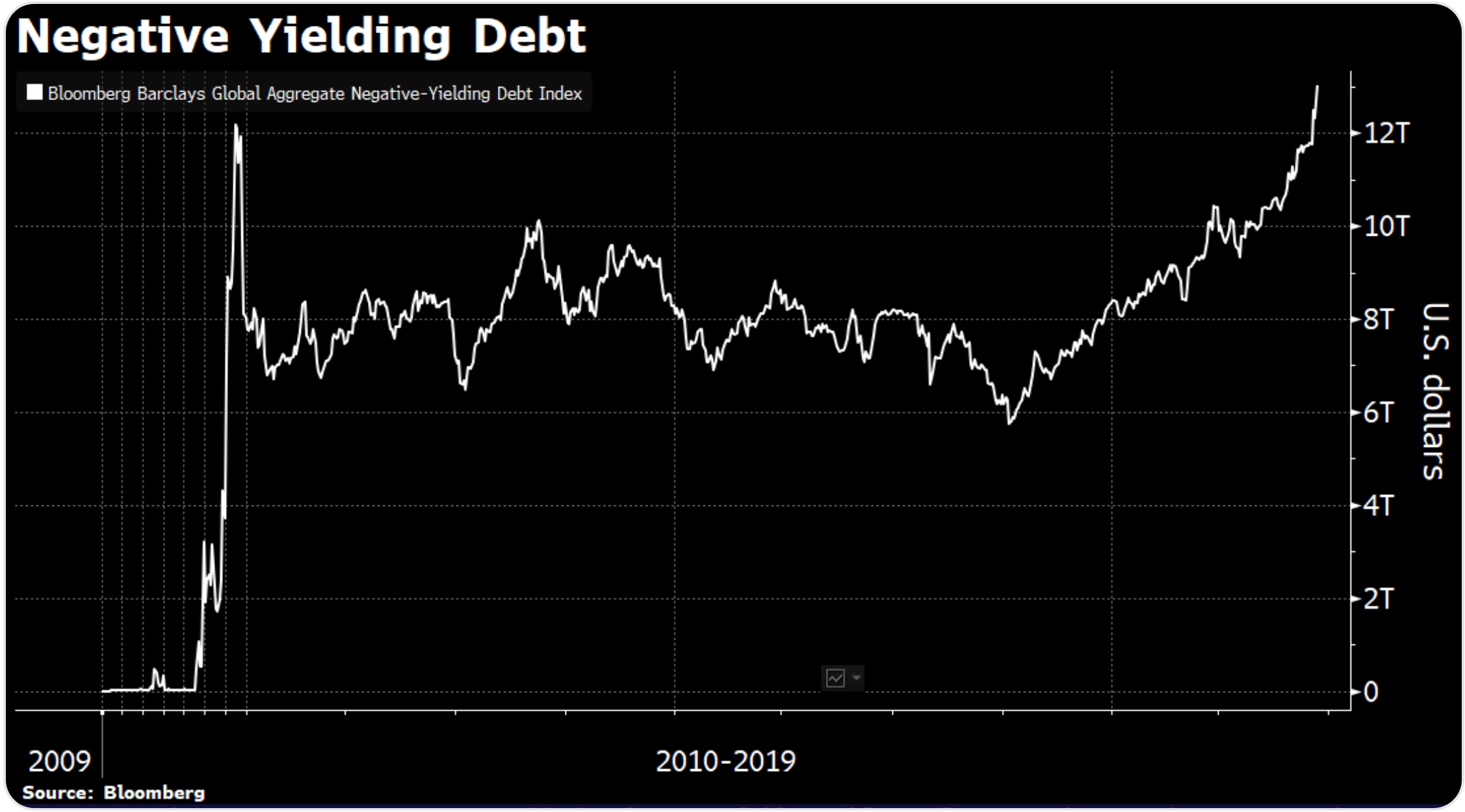 But Watch Out For Sentiment
Tracy Alloway, Bloomberg:  “The percentage of investors expecting lower long-term bond yields is the highest since late 2008, according to the latest BofAML fund managers’ survey. (see chart below). 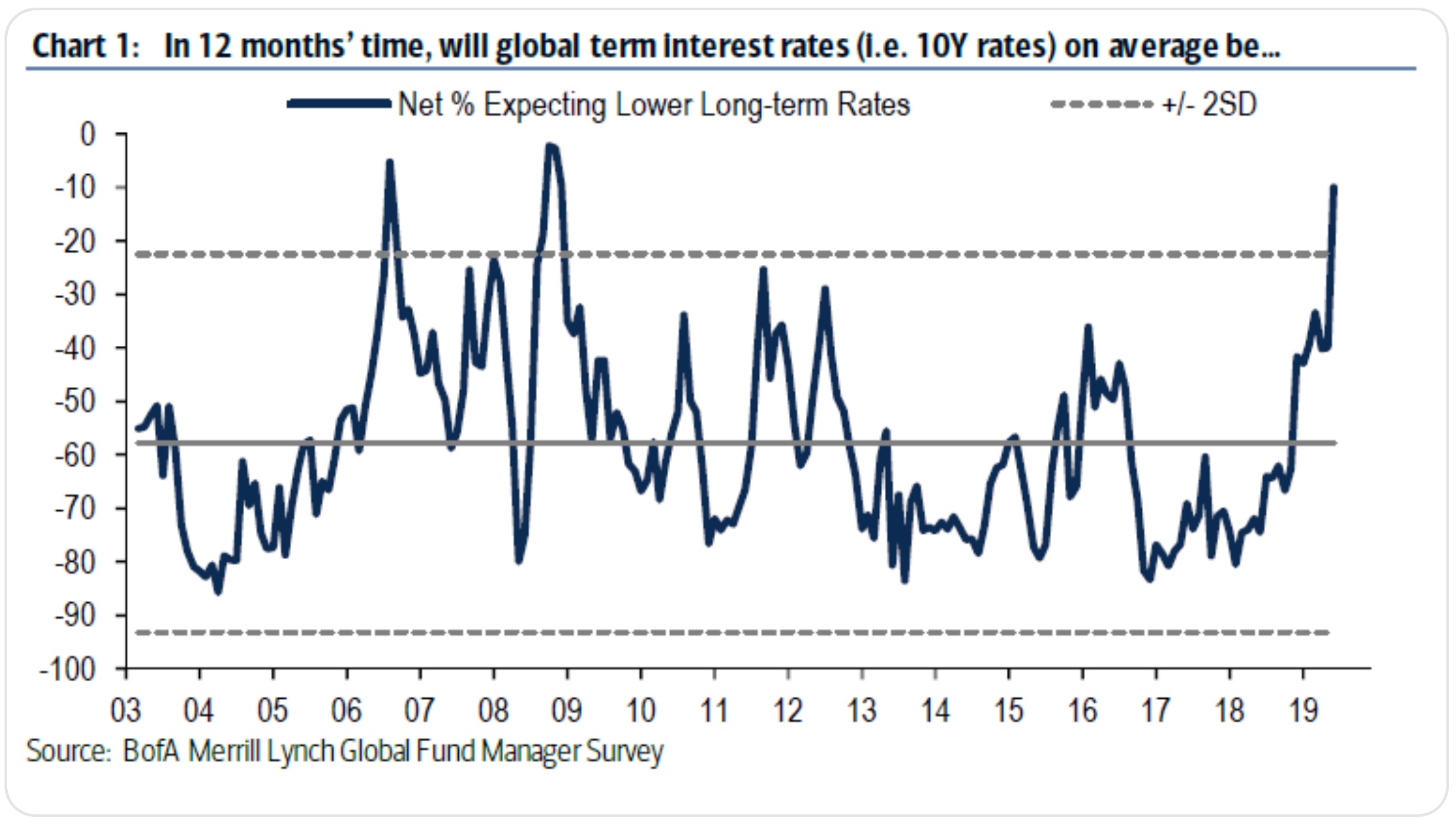 Keep Gold Glittering
Holger Zschaepitz:  “ETFs can keep Gold glittering. The yellow metal is on a tear, breaking through $1,400 on Friday thx to the prospect of lower US & Eurozone interest rates. Stock-like ETFs are only just joining the rally. That support will keep bullion shining for longer. (see chart below). 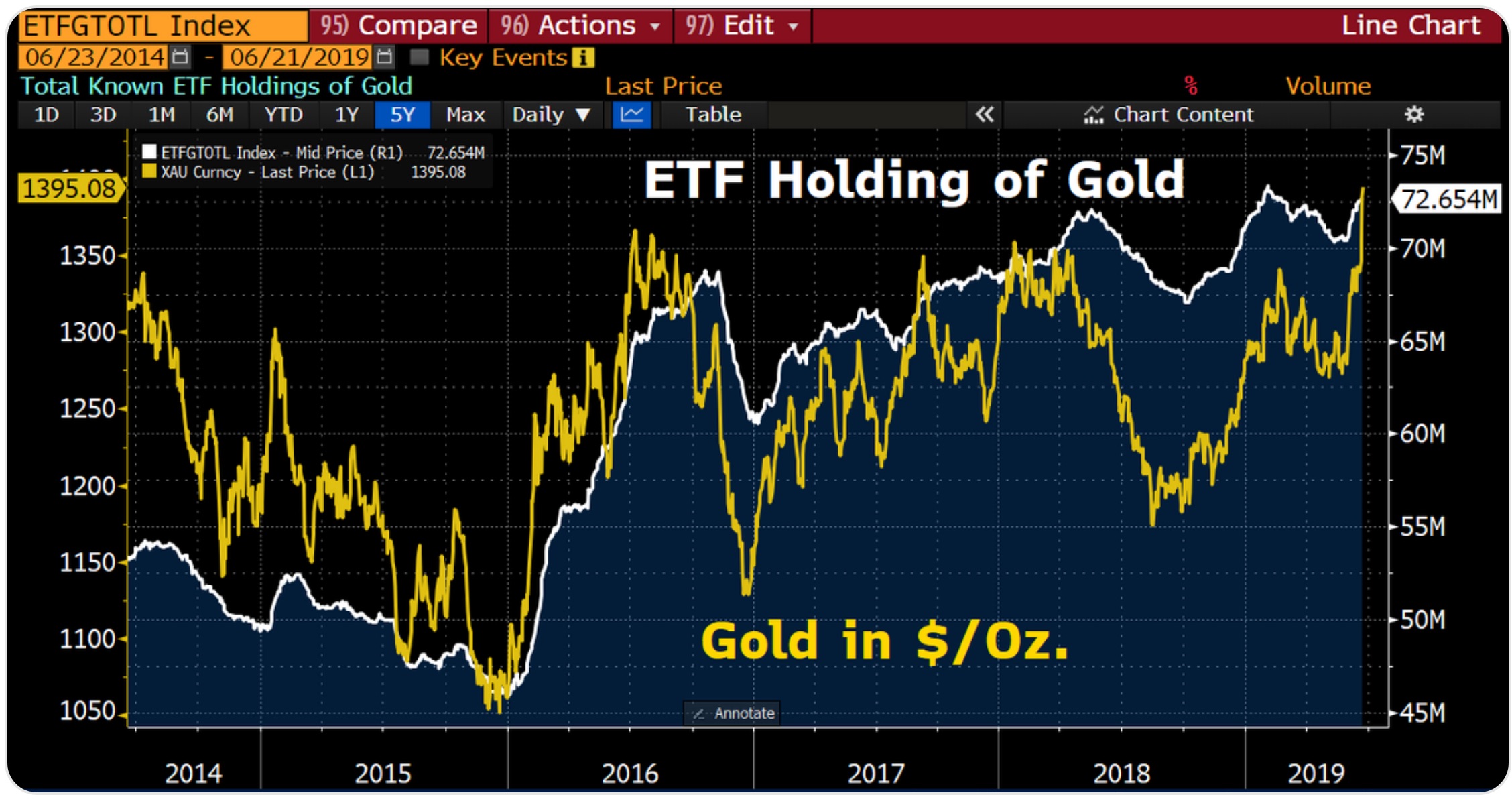 To listen to one of the most important interviews of 2019 CLICK HERE OR ON THE IMAGE BELOW.

***Also just released 3 Of The Greats On The Historic Breakout In Gold And What To Expect Next CLICK HERE TO READ.

***Also just released Massive Short Squeeze In The Gold Market Continues In Japan As Scramble For Physical Metal Vaults The Price Of Gold Above $1,400! CLICK HERE TO READ.