When it comes to outrageous predictions for 2021, the sun shines on silver.

Outrageous Predictions For 2021: Sun Shines On Silver
February 11 (King World News) – Ole Hansen, Head of Commodity Strategy at Saxo Bank:  Silver has received a lot of attention during the past couple of weeks. Especially after an initially successful, social media-driven attempt to ramp it higher quickly ran out of steam. While we have no objection to the direction, which we believe makes sense from a fundamental perspective, the timing was wrong and, more importantly, the narrative used was false and therefore bound to make it short-lived.

Following a period of consolidation, however, the white metal is once again on the move and this time with the support of a recovering gold price, renewed dollar weakness and surging metal prices in general. The increased focus on rising inflation and the green transformation theme has if anything strengthened the belief in the outlook for key green transformation metals such as copper, used in everything from wiring and electronics to electrical vehicles, and platinum due to tightening emission regulation in regular combustion engines as well as while accelerating demand for platinum-based electrolyser capacity towards the production of green hydrogen…

Into this category we also find silver given which is benefitting from increased investment as well as industrial demand, especially towards the photovoltaic (PV) market which is expected to be strong as many countries embark on renewable energy projects. 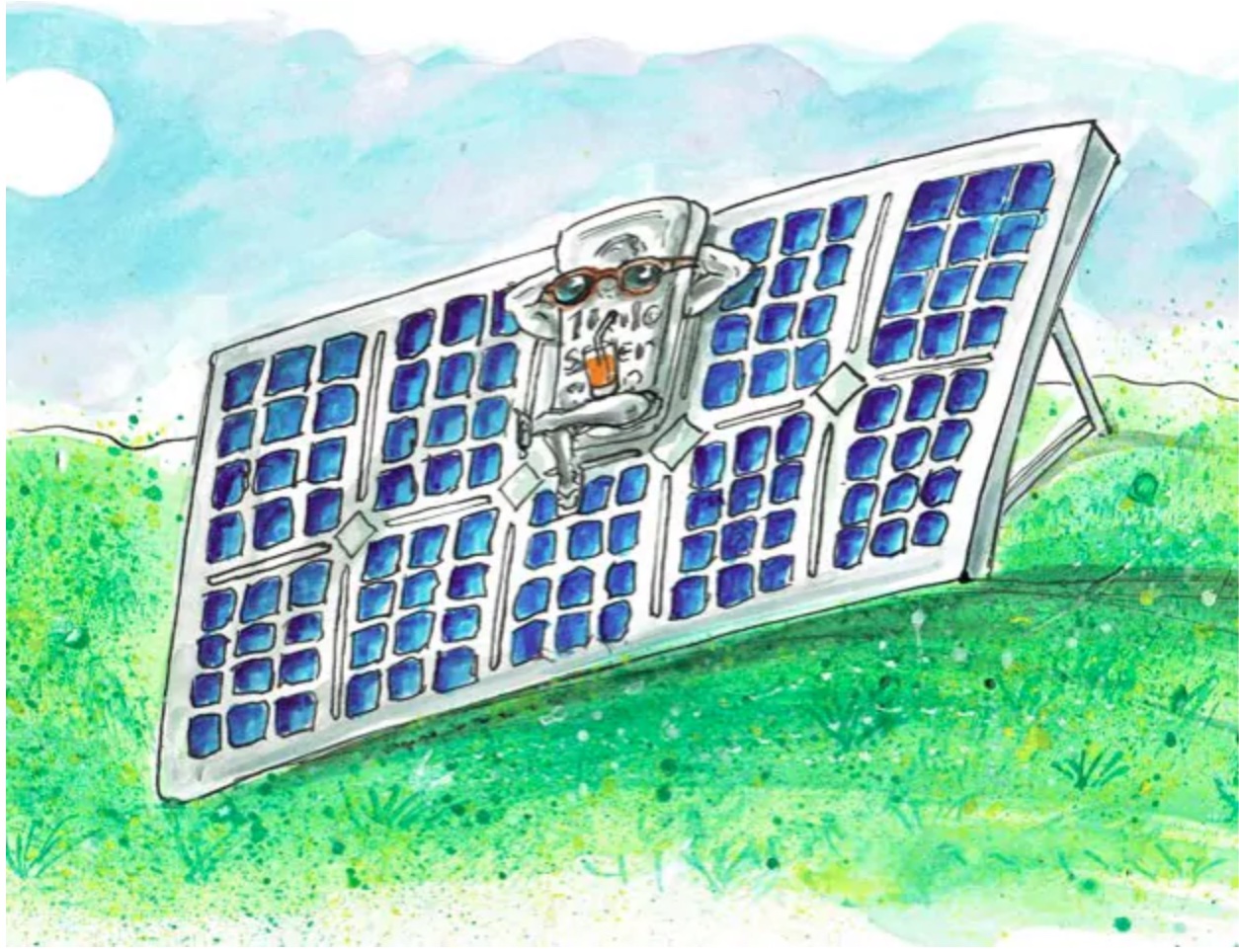 The Perfect Storm That Will Catapult Silver To $50
When I made the prediction two months ago, we knew nothing of silver’s sudden fame and the renewed focus on its upside potentials. In it, I set out the perfect storm of developments that could catapult silver and see it double to $50/oz during 2021.  Not least the green transformation, about which I wrote:

“But the real turbocharger for the silver price in 2021, even relative to gold, is the rapidly rising demand for silver in industrial applications, especially those driving the green transformation such as photovoltaic cells used in solar panel production. In fact, a real silver supply crunch is on the cards in 2021, and it frustrates the full throttle political support for solar energy investments under a Biden presidency, the European Green Deal, and China’s 2060 carbon neutral goal, among other initiatives.”

In our Quarterly Outlook released a few weeks back, I highlighted the fundamental reasons why I see gold reaching $2,200/oz and silver $35/oz this year.

Silver Above $30 Will Be A Massive Breakout 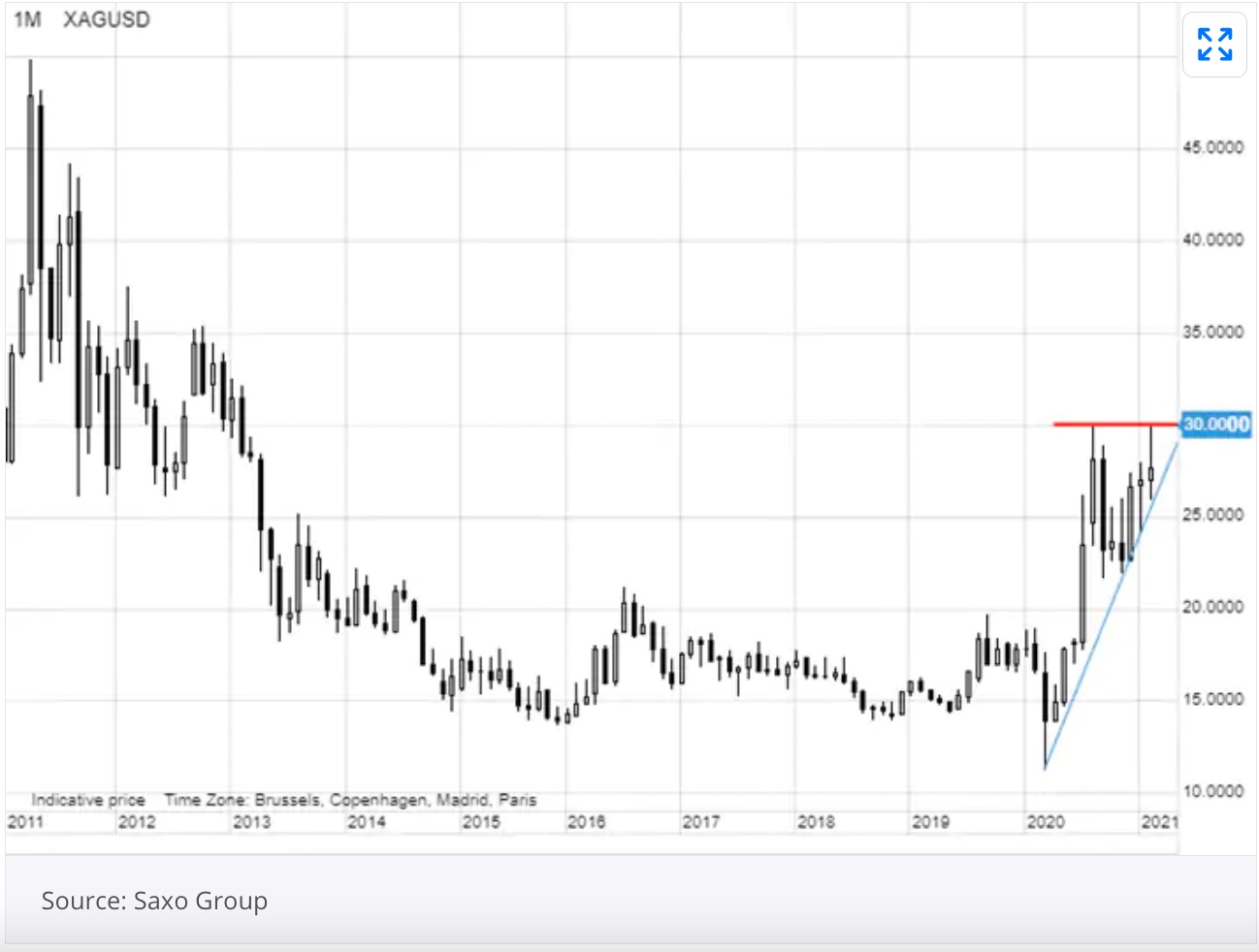 The latter representing a drop in the XAUXAG ratio to the low sixties, with silver on top of the general reflation theme receiving an additional boost from the heightened focus on rising industrial metal demand, especially for those needed in the green transformation agenda.

In conclusion, I maintain a positive outlook for precious and semi-precious metals but whether we see an outrageous gain in silver remains to be seen. Called the “populist” metal by Goldman Sachs there is no doubt that it has received a whole new army of followers in recent weeks, which should ensure plenty of headlines and attention during the coming months. What matters at the end of the day, however, remains the balance between supply and demand, especially industrial demand, and that is where we need to focus in order to gauge whether silver will have a normal, but volatile year, or indeed an outrageous one.

Also released! ALERT: Look At What Is Skyrocketing CLICK HERE TO READ.

Also released! Silver Is Preparing To Blastoff But This Is The Key CLICK HERE TO READ.

Also released! No Physical Silver In London, Mining Stocks Set To Skyrocket, And Look At What The Public Is Doing CLICK HERE TO READ.