On the heels of the Dow and the Nasdaq getting hit hard, this is the real reason why stocks got torched today.

You Can’t Leave QE
By Bill Fleckenstein President Of Fleckenstein Capital
June 25 (King World News) – The index futures were weak overnight and a harbinger of today’s trading, as the market was hit hard, led lower by the Nasdaq, which in turn was led lower by chips/FAANG/high-flyers and lost almost 2% through midday, while the S&P and Dow were off 1.5%. In the afternoon, after some more weakness, the indices rallied late in the day to trim the losses to just over 2% for the Nasdaq and 1.5% for the other two…

I imagine the mainstream media will blame the losses on trade tensions, and the news on that front is admittedly disturbing at a minimum, but the real reason the market is heading down is because of the fact that the Fed is trying to transition from QE to QT.

Would That Be “Uncle Al”?
Let’s review what has occurred. The market, along with the cryptos, flamed out in early January/late December. Next, we saw a break, then there was a rally attempt that saw the Nasdaq make new highs while the S&P and Dow didn’t even get close.

Now the market has rolled over again, and I suspect this particular leg could get uglier than the previous decline (we must keep in mind all the accelerants underlying the market, i.e., the brittle structure that I have discussed so many times in the past). But whether this phase will go far enough to get the Fed to cry uncle is a little hard to say.

Away from stocks, green paper was weaker, oil fell 1%, fixed income rallied, and the metals were disappointingly lower, led by silver, which lost 0.75% to gold’s 0.3%. I say disappointing because, given the fact that the dollar has come off the boil and with sentiment and positioning (in the gold market) as extreme as they are, one might have expected gold to have rallied, particularly with the stock market headed in a direction that will illuminate the trapped nature of the central banks. But that wasn’t today’s business, obviously.

Which Way to Normal?
I’d like to finish by making the point that today’s headline refers to the fact that the only reason stock and bond markets the world over are as high as they are is because of massive monetization on the part of the central banks. Obviously, the U.S. is leading the charge in the opposite direction, the ECB thinks it can follow, and who knows what the Bank of Japan is thinking, or the Swiss National Bank for that matter.

The reality, however, is that because central banks have utilized QE, NIRP, and ZIRP and markets have been distorted by those policies, which are ultimately doomed to fail, there is no chance central banks can raise rates very far, much less liquidate their holdings in any meaningful way. All the people who have been bullish on financial assets think that central bank policies work, but they are about to find out that they only “work” when they are buying paper or lowering rates. When they try to “normalize” their activities and undo all the easing, they cannot. The multi-trillion-dollar question is, when does that realization become mainstream and what exactly does that do to psychology? We can’t know until we get there, but we are going to get there.

ALSO JUST RELEASED: GaveKal – The US Has A Nuclear Option If China Starts Dumping US Treasuries CLICK HERE TO READ. 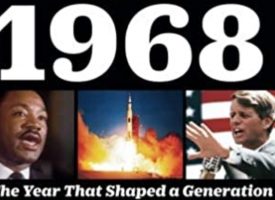 Big Move Coming For Gold & Miners, Plus This Hasn’t Happened In 50 Years!