With back-to-back plunges in in the Dow, this is a major warning that the stock market decline may be very lengthy.

No Cash Cushion
October 2 (King World News) – Jason Goepfert at SentimenTrader:  “No cash cushion. In September, individual investors reduced their cash position to one of the lowest levels in 30 years. They’re not alone. Other groups of investors are also carrying a very low amount of cash relative to other assets. That has not been a good timing indicator but does raise long-term risk if stocks start to see a more protracted decline.

The latest monthly survey data on individual investors shows that while they still have a relatively negative outlook (improved since early September), they’re not exactly raising a lot of cash in anticipation of a major decline…

It’s not just them. Mutual fund managers are also carrying a near-record low amount of cash. So are retail investors. And Rydex mutual fund timers. And private pension plans. And folks with margin accounts. As a sample, we can see below how cash balances are dragging along near the lowest levels in decades. (See charts below). 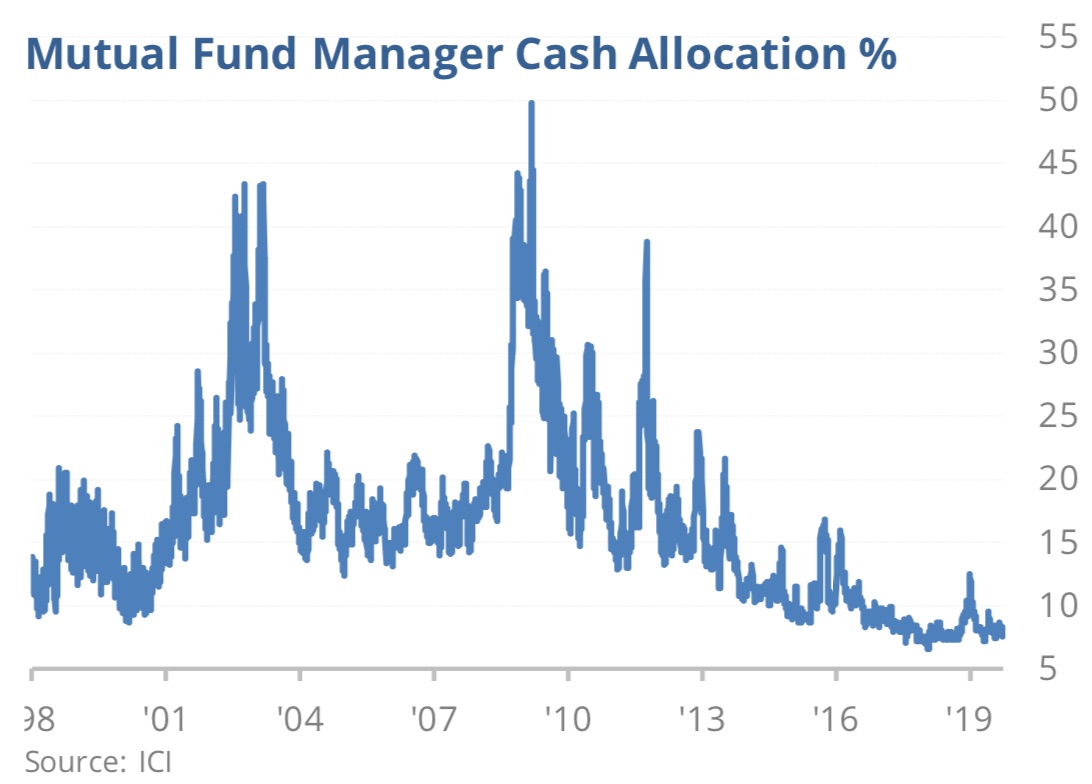 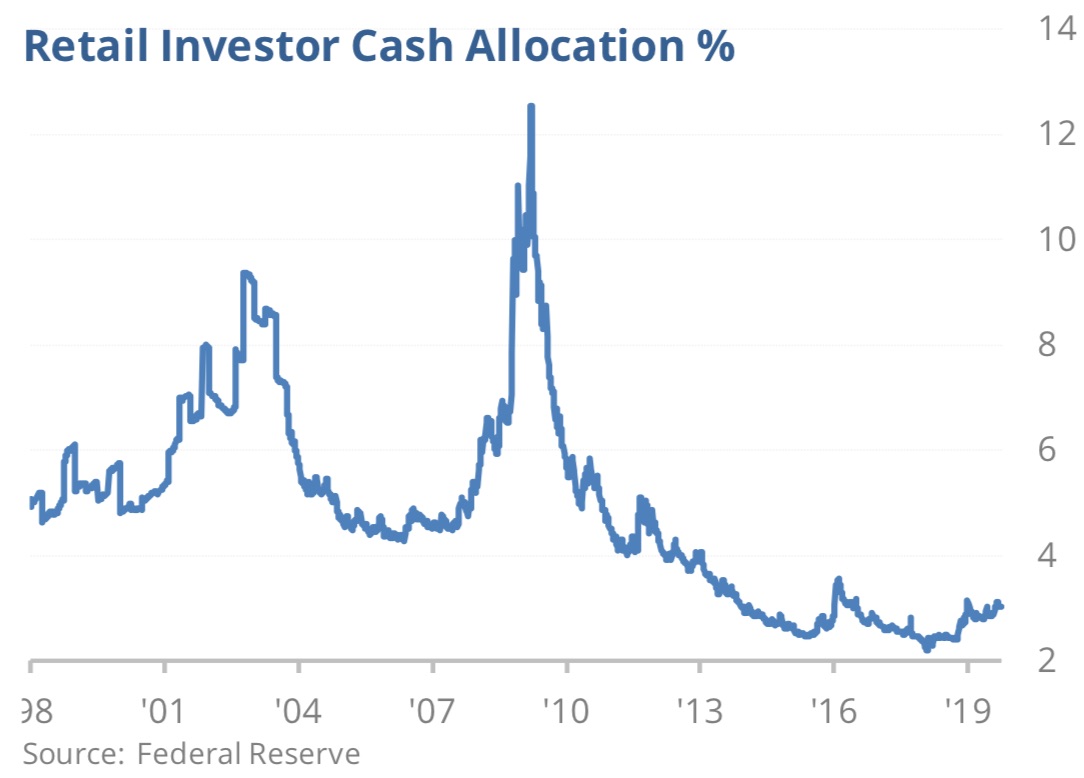 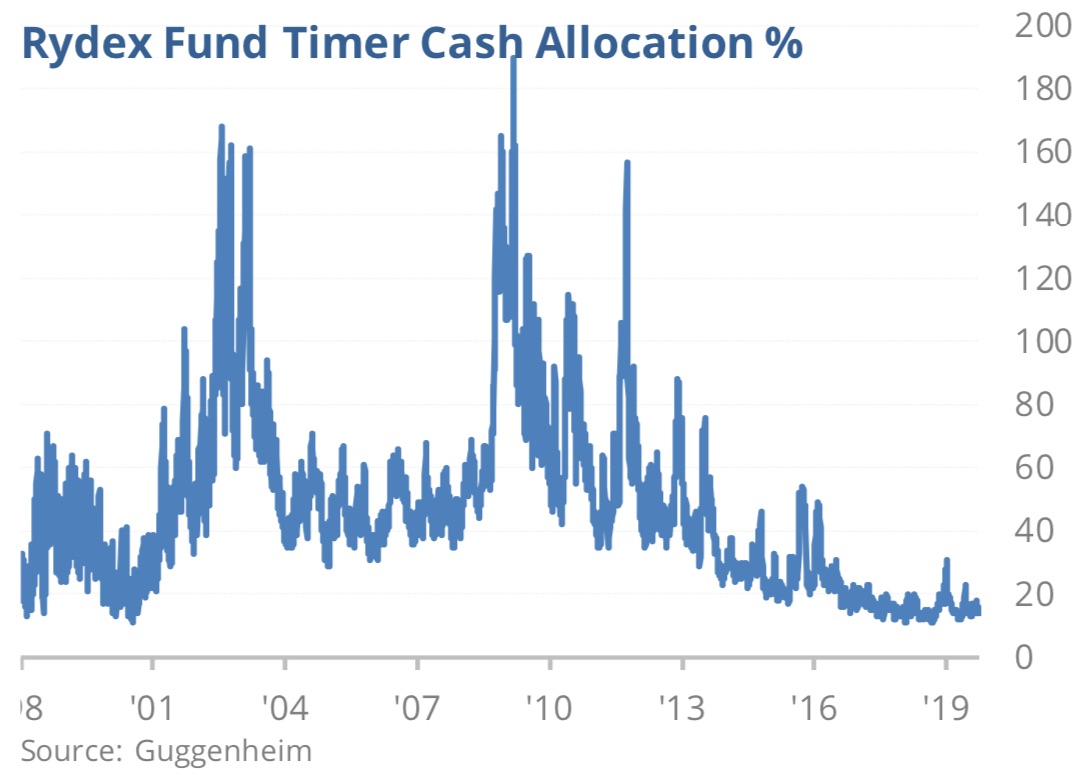 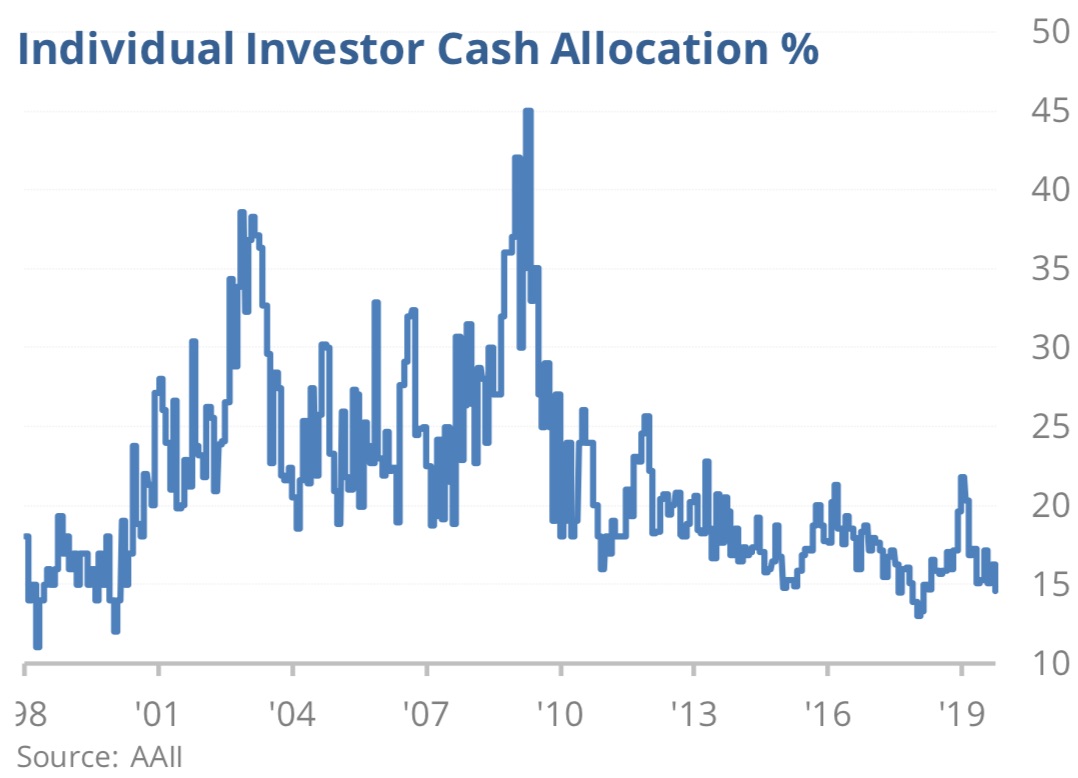 Look At What Just Hit The Lowest Levels Since 2009! CLICK HERE TO READ

GOLD BULL ALERT: What To Expect Next For Gold After Yesterday’s Plunge Ended One Of Gold’s Longest Streaks In 4 Decades CLICK HERE TO READ

RELEASED! Gerald Celente tells KWN listeners around the globe exactly where he believes the decline in gold will end before it skyrockets through $2,000 and much more and you can listen to his powerful audio interview by CLICKING HERE OR ON THE IMAGE BELOW.

Gold Spikes On News Of U.S. Attack On Syria