At the end of a strange week of trading in which the U.S. dollar strengthened along with gold and silver, here are two stunning charts of gold and a commodity group that may shock you.

First, look at this stunning amount of short bets against the rally in the agriculture space, where near all-time record short bets have been placed:

From Jason Goepfert at SentimenTrader:  The smart money is betting against the rally in agriculture. After building up long positions earlier this year, hedgers have moved to a near-record short position against the major ag contracts. The other times they’ve taken these kinds of positions, the rallies in ag were in the final stags of parabolic moves (see remarkable chart below). 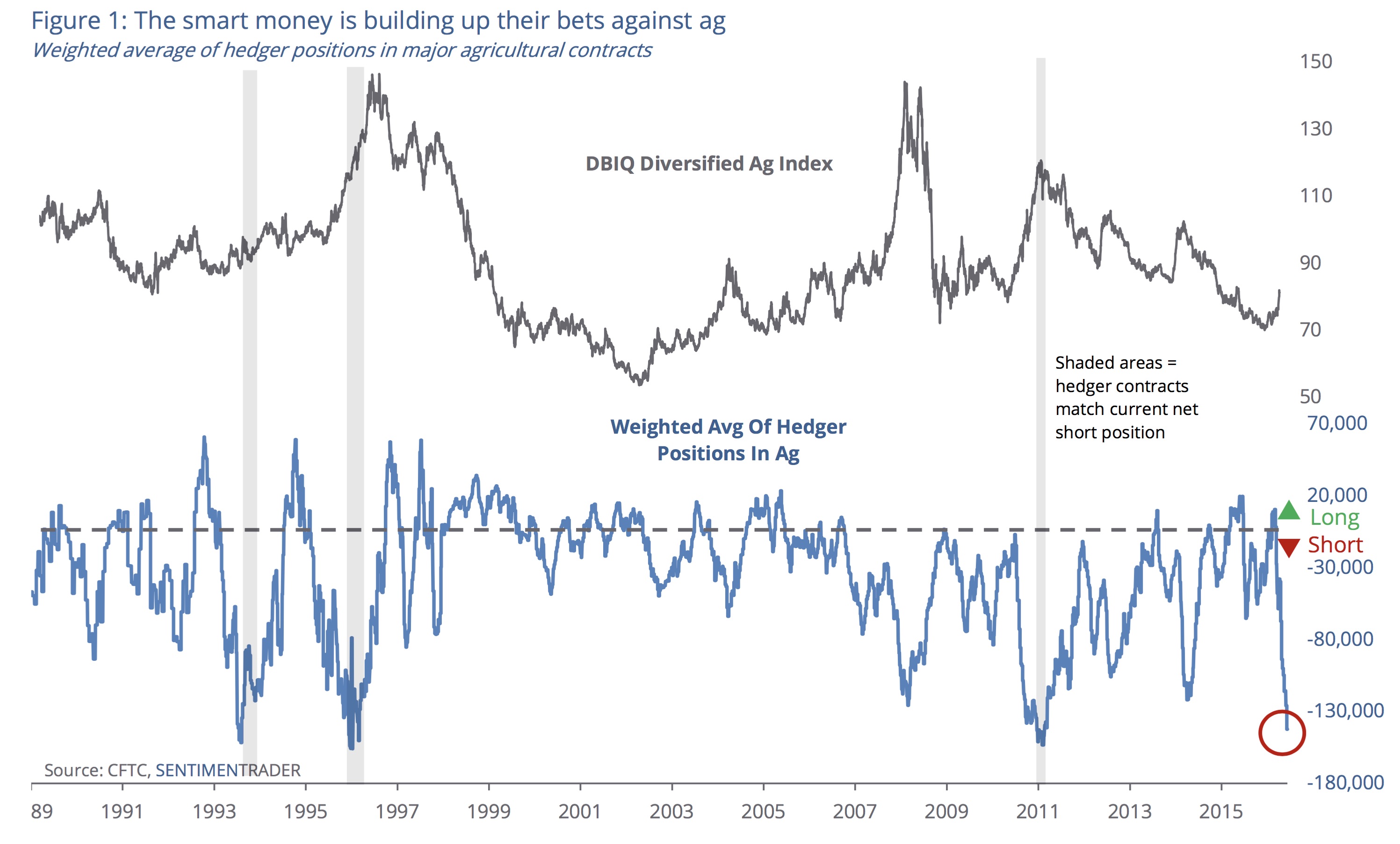 Also, below is another chart, courtesy of the folks at Dow Theory Letters, showing that the price of gold has crushed the performance of stocks and bonds this year (see below). 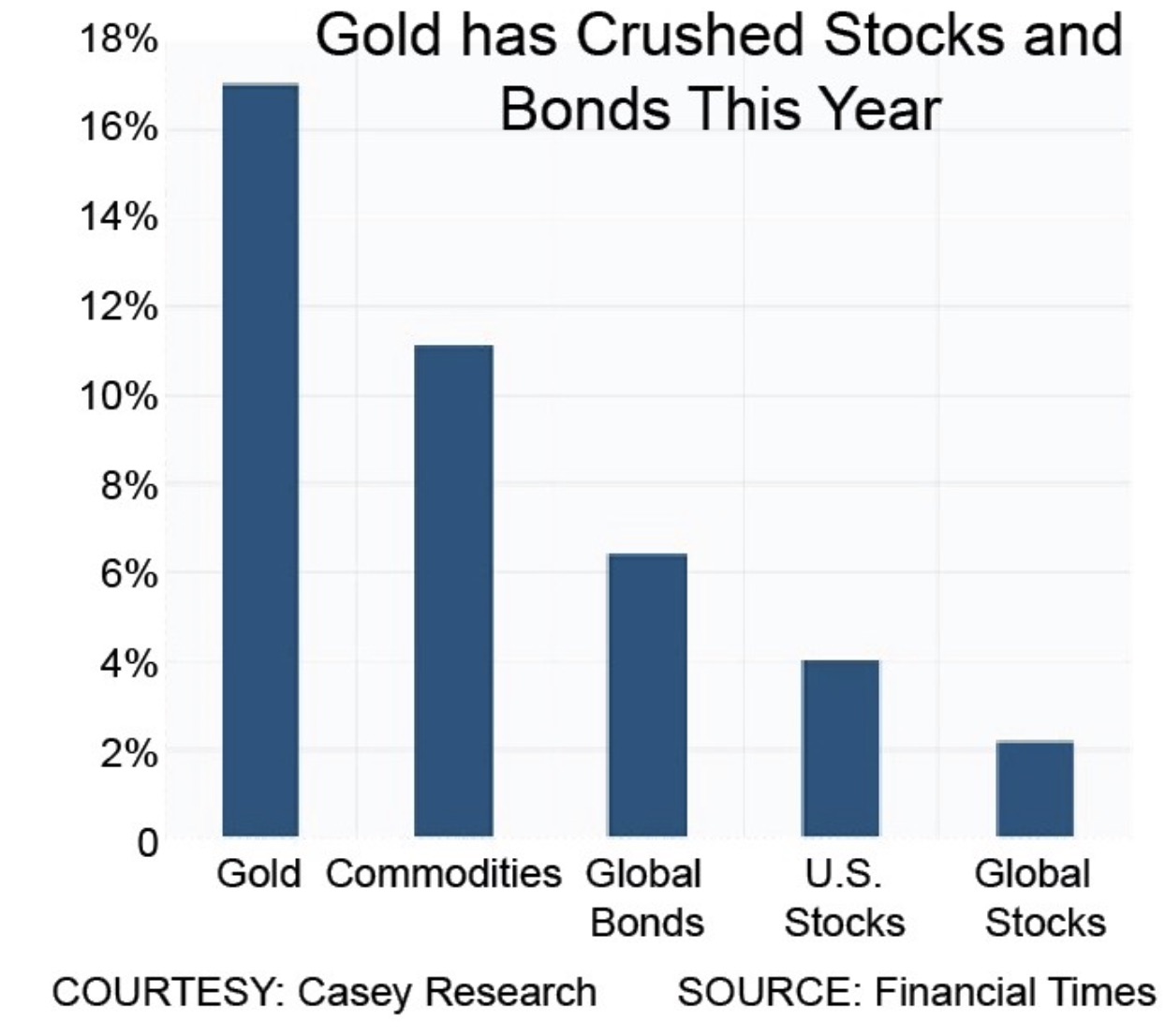 ***Also just released: John Hathaway – There Is A Deepening Shortage Of Physical Gold CLICK HERE.
© 2015 by King World News®. All Rights Reserved. This material may not be published, broadcast, rewritten, or redistributed.  However, linking directly to the articles is permitted and encouraged.