With the dollar falling and gold, silver and oil rising, today King World News is featuring a piece from one of the greats in the business discussing how the lessons of the 1970s help to explain where we major markets are headed from here.

May 12 (King World News) – Those of use with gray hair will remember King Faisal bin Abdulaziz Al Saud, who was King of Saudi Arabia from 1964 to 1975. I remember him as the person who rescued Saudi’s finances and implemented the modernization of that country. His foreign policy initiatives included pan-Islamism, anti-Communism, and pro-Palestinian nationalism. He is solely credited with stabilizing the country’s bureaucracy, but was assassinated by his nephew (Faisal bin Musaid) in March of 1975.

Ah 1975, in January of that year U.S. unemployment reached a record 6.5 million folks, the Nixon administration was found guilty of the Watergate cover-up, and on January 27th Dow Theory gave a primary “bull market” buy-signal. I had penned my first stock market strategy report in December of 1974, stating that stocks were trading below known values and recommended the gradual re-accumulation of equities (I still have that letter). Regrettably, few believed it.

As stocks rose into the spring/summer/fall time-frame of that year, 143 major U.S. companies reduced/omitted their dividends, New York City (NYC) was declared insolvent (but didn’t officially go bankrupt), the Teacher’s Union and Ford Motor announced support for NYC, new orders for Durable Goods increased by 9.8%, the great recession ended, and OPEC raised crude oil prices to $11.51 per barrel, all according to my notes.

That 1975 OPEC price increase reminded me of King Faisal, and the question, “Would Faisal have let ISIL ascend to the power it currently has, or would he have snuffed ISIL out in its infancy?” My guess is it would have been option number two; and we would not have had to worry about yesterday’s rumor that ISIL was going to “hack” some major U.S. institution, which seemed to put stocks in check for the session.

The Disbelief Of 1975 And How It Relates To Today

This morning, however, Mr. Market has shown up in a depressed mood on the overnight slump in Euroland and another failed attempt for the S&P 500 (SPX/2105.33) to make an upside breakout above the 2120 – 2126 level. There remains a full charge of internal energy built up in the stock market, and I still believe it is going to be released on the upside, but if that view is wrong I will have to adjust. Notably, crude oil is back above $60. ***ALSO JUST RELEASED: World's Disastrous Situation To Produce The Greatest Bear Market In History CLICK HERE. 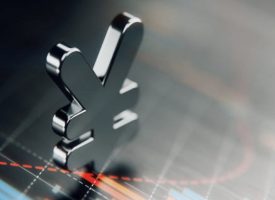 FINALLY! Big Day For Gold, Silver And Mining Stocks As US Dollar Tumbles