With gold, silver and the dollar all trading higher, a couple of greats in the business warned about two horrific nightmares that the world now faces.

Here is a portion of today’s note from Art Cashin:  And He Wasn’t Even At The Dinner – Wednesday, I wrote about the potentially transformational round of robotics and automation that we are likely entering into. That discussion had been sparked at my dinner with David Kotok, et. al, a little over a week ago.

Some friends who read those comments pointed me to the latest Outlook from the great Bill Gross. He had a somewhat similar take on the topic. Here is a bit:

But here’s the thing. No one in 2016 is really addressing the future as we are likely to experience it, and while that future has significant structural headwinds influenced by too much debt and an aging demographic, another heavy gust merits little attention on the political stump. I speak in this Outlook to information technology and the robotization of our future global economy. Virtually every industry in existence is likely to become less labor-intensive in future years as new technology is assimilated into existing business models. Transportation is a visible example as computer driven vehicles soon will displace many truckers and bus/taxi drivers. Millions of jobs will be lost over the next 10-15 years. But medicine, manufacturing and even service intensive jobs are at risk. Investment managers too! Not only blue collar but now white collar professionals are being threatened by technological change. 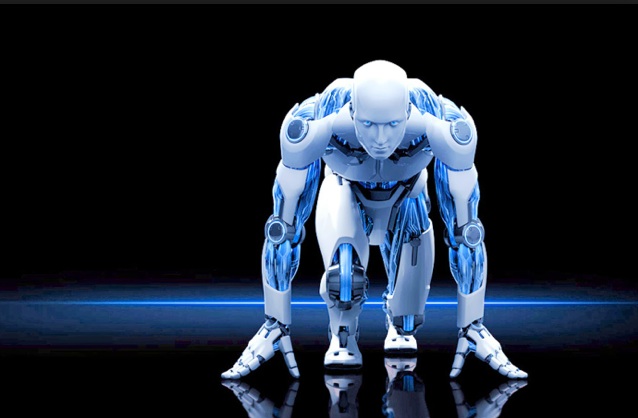 Nobel Prize winning economist Michael Spence wrote in 2014 that “should the digital revolution continue…The structure of the modern economy and the role of work itself may need to be rethought.” The role of work? Sounds like code for fewer jobs to me. And if so, as author Andy Stern writes in Raising the Floor, a policymaker – a future President or Prime Minister – must recognize that existing government policies have “built a whole social infrastructure based on the concept of a job, and that concept does not work anymore.” In other words, if income goes to technological robots whatever the form, instead of human beings, our culture will change and if so policies must adapt to those changes. As visual proof of this structural change, look at Chart I showing U.S. employment/population ratios over the past several decades. See a trend there? 78% of the eligible workforce between 25 and 54 years old is now working as opposed to 82% at the peak in 2000. That seems small but it’s really huge. We’re talking 6 million fewer jobs. Do you think it’s because Millenials just like to live with their parents and play video games all day? I think not. Technology and robotization are changing the world for the better but those trends are not creating many quality jobs. Our new age economy – especially that of developed nations with aging demographics – is gradually putting more and more people out of work.

As I wrote yesterday, and as Mr. Gross states, this is an enormously important development. It should be the topic of Page 1 discussion in the days and months ahead.

Overnight And Overseas – In Asia, Japan is closed yet again as tensions build around tomorrow’s reopening. Shanghai and Australia were mildly higher while emerging market were shaky.

In Europe, markets are generally a bit higher but financials continue to face headwinds. Political tensions in Turkey put that market in a tailspin. A number of markets are closed around the globe. 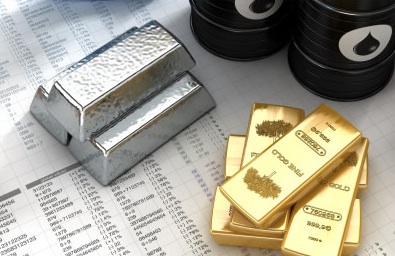 Precious metals are firmer but base metals sink again while the dollar rallies. Crude is up smartly as the Alberta wildfire and geo-political tensions help squeeze the shorts.

Consensus – The spike in crude has put a bid under stock futures. We think that inter-relationship probably will set the tone throughout the day. Markets may begin to look to early economic consequences in a Trump/Clinton alternative.

An important note today from Peter Boockvar:  China’s private sector weighted Caixin services PMI for April fell to 51.8 from 52.2 in March and vs 51.2 in February. Combining this with the release of the manufacturing index the other day brings the composite index to 50.8 from 51.3 last month. Services of course is keeping the overall figure in expansion. Within the services figure, new orders rose to a 3 month high “with some firms commenting on improved underlying client demand and new product launches” according to Caixin. Employment also rose “though the rate of payroll expansion was marginal” and “contrasted with a slight reduction in employment in the previous month.”

Caixin bottom lined the economic data by saying “the economy still faces relatively strong downward pressure.” Indeed, with bouts of stimulus creating the belief of stabilization. China’s overindebted economy will continue to slow and the key question is how the Chinese deal with it. Will they let highly leveraged companies go bankrupt? Will they follow thru on capacity closures and layoffs? To avoid turning into Japan, the answer better be yes, however disruptive and painful it will be in the short term. The Shanghai index rose .2% but the H share index fell for a 4th straight day and almost 5% over this time period to near a two month low. The AH premium widened to the biggest in a month. The offshore yuan fell to the lowest level since late March while the onshore value was up a touch.

The PMI’s out of Hong Kong and Singapore were weak. Hong Kong’s PMI remained well below 50 at 45.3 vs 45.5 in March. Singapore’s PMI fell to 49.4, the lowest since September ‘13 from 52. The collateral damage from the slowdown in China is obvious.

The only data point of note in Europe was the UK services PMI for April which fell to 52.3, the weakest in about three years from 53.7 in March. The estimate was 53.5. Employment growth was the slowest since August ’13. Markit said “Some of the slowdown may be attributable to the early timing of Easter, though April also saw an increase in the number of companies reporting that uncertainty about the EU referendum caused customers to hold back on purchases, exacerbating already-weak demand linked to global growth jitters and ongoing government spending cuts.” The pound is down for a 3rd day vs the US dollar but also follows euro weakness today vs the dollar as its back below $1.15. The UK economy seems on hold until this vote is over with. 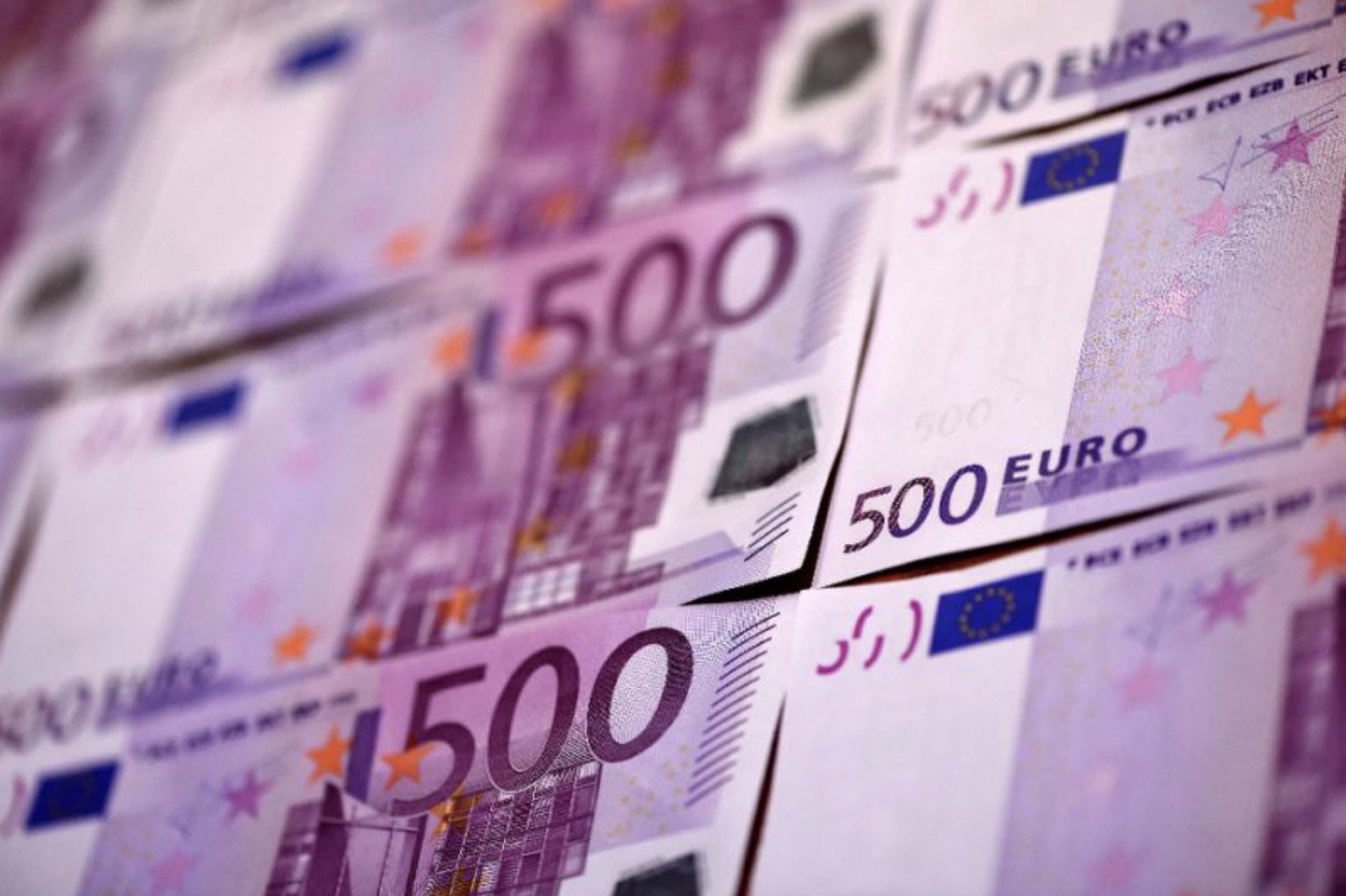 Neel Kashkari added nothing new to the debate on what the Fed is going to do from here by saying “we are watching all the data very closely because we want to make sure that we can keep the economy growing.” Let’s be honest, it’s looking more and more likely that the next rate hike won’t come until the expansion after the next recession. Either then or when the inflation data forces them to if commodity prices continue higher. I get the bear case on commodities based on the China slowdown but I believe that is missing the production cuts and the bankruptcies that will accelerate them.

They Don’t Have The Gold For This Takedown, All Eyes On The Dollar, Plus Collapsing Confidence