Swaps Now Have A Staggering 80% Of Paper Gold Shorts!

Not only have their net shorts increased by 8,259 contracts, but with Producers/Merchants reducing their net shorts by 2,425 contracts, 80% of the short side is now with the Swaps. Regular readers of this analysis will be aware that under Basel 3, bullion bank trading desks are being encouraged to reduce their trading books as much as possible, but in defending their current position they are going even more short.

How the shorts will deal with an explosion of hedge fund bullishness when they are under the cosh to cut their positions is an open question.

The Other Reported category is now significantly larger than hedge funds, and they have been adding to their longs as well, which is up next. 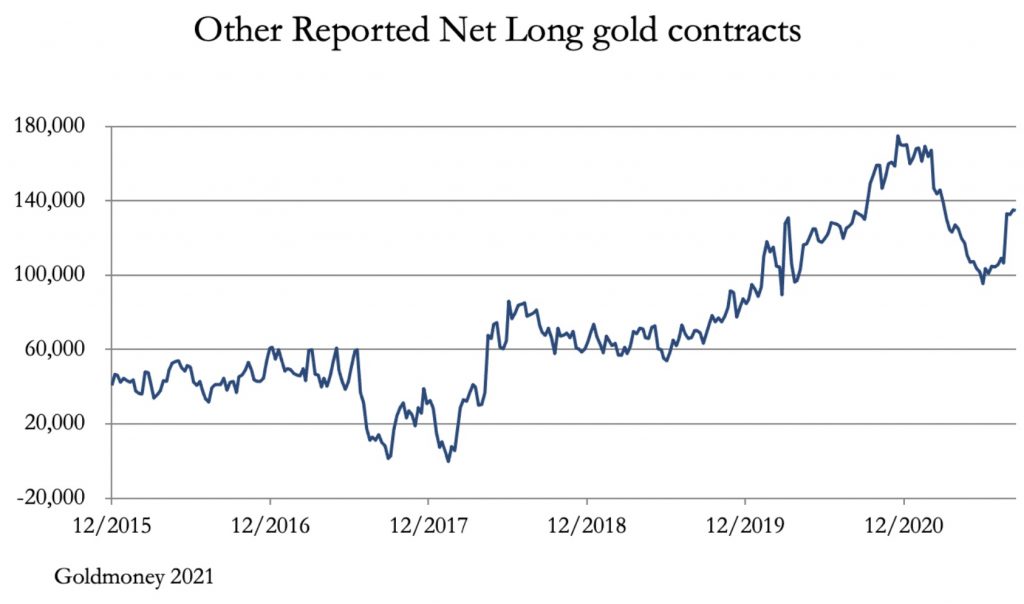 All this is very uncomfortable for the bullion bank trading desks, and the money value of their gross and net shorts is our last chart.

Swaps In Danger Of Getting Squeezed
If Gold Surge Accelerates 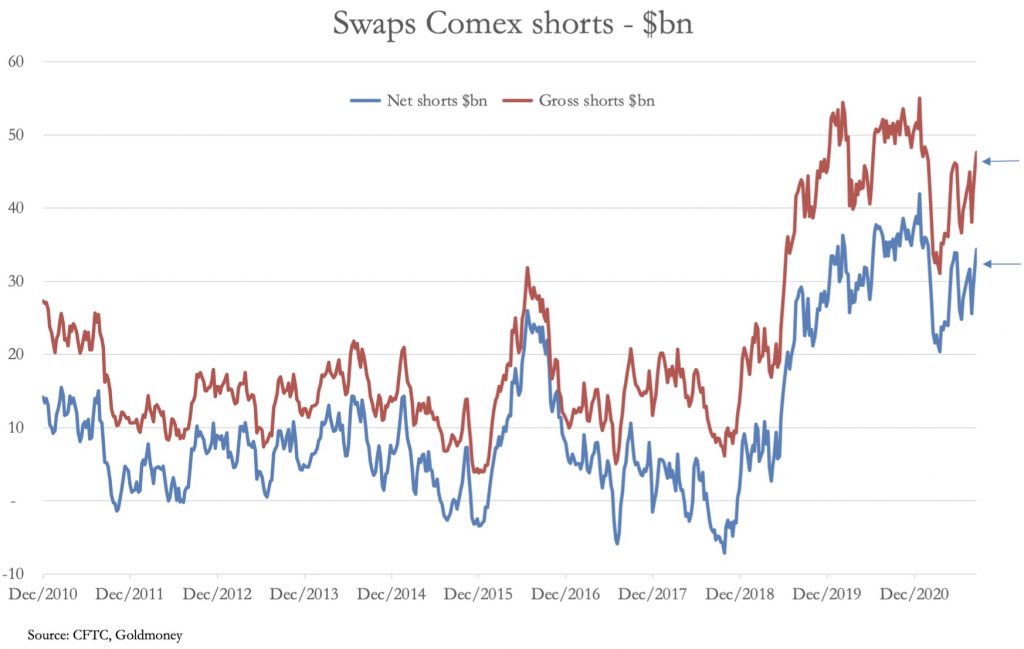 At $47.6bn gross and $34.4bn net of longs, the attempt in early August to shake out weak longs has turned out to be a total failure. And that was before gold and silver jumped today on disappointing payroll figures, with only 235,000 jobs added, compared with forecasts of 725,000. That’s a huge miss.

Clearly, the US economy is stagnating badly at a time when official price inflation is running at 5.4%. The Fed still maintains that it is transitory, an excuse that’s wearing very thin. But it is the Fed’s worst nightmare: stagflation — by which is meant an economy that has price inflation while activity stagnates.

And this is the point which everyone must realise: real yields are now deeply negative, and with price inflation likely to rise even more, gold and silver are now in an enormous backwardation in dollar terms of at least 5.4% and rising, without taking into account the natural interest rate a lender of gold earns, which without counterparty risk (i.e. that you might not get your gold back) is probably a further 0.5%.