On the heels of a reprieve in world markets, is this about to ignite a terrifying global storm?

But first, an important read…

For example, the Nikkei closed out last week at its lowest level since October 2014. But what economic fundamentals spiked prices higher this week? Was it the dismal news that Japan’s economy contracted 1.4 percent in the last quarter?

No. What boosted  stocks prices was the twisted rationale that despite the Bank of Japan firing two rounds of blanks from its “monetary bazooka,” the lousy Gross Domestic Product number was cause to launch yet another round of stimulus.

Before Chinese markets opened Monday after being closed for a week, the Shanghai Index had fallen 47 percent since its peak in June. Was it on the rotten news that China’s exports fell 11.2 percent in January and imports plunged 18.8 percent that markets rallied?

No. As with Japan, the dismal data was taken as a positive sign that the People’s Bank of China would take bold measures to boost sluggish growth.

European Stocks Enter Bear Market Territory
Over in Europe, it was more of the same but a different story. Last Thursday, the FTSE All-World Index sank into bear-market territory. Europe’s Stoxx 600 index was down 14 percent, hitting its lowest level since the Eurozone debt crisis. And European bank stocks had plunged 24 percent since the start of the new year.

But suddenly last Friday, markets spiked and momentum continued this week.  No, the stock bounce was not on the report that the Eurozone grew at an anemic annual rate of 1.1 percent in the last quarter of 2015 and that economic output remained below levels at the onset of the Panic of ’08.

Rather, it was on the news that Deutsche Bank would buy back $5.4 billion in bonds and executives at Spain’s Santander Bank were buying up their stock in a show of confidence. 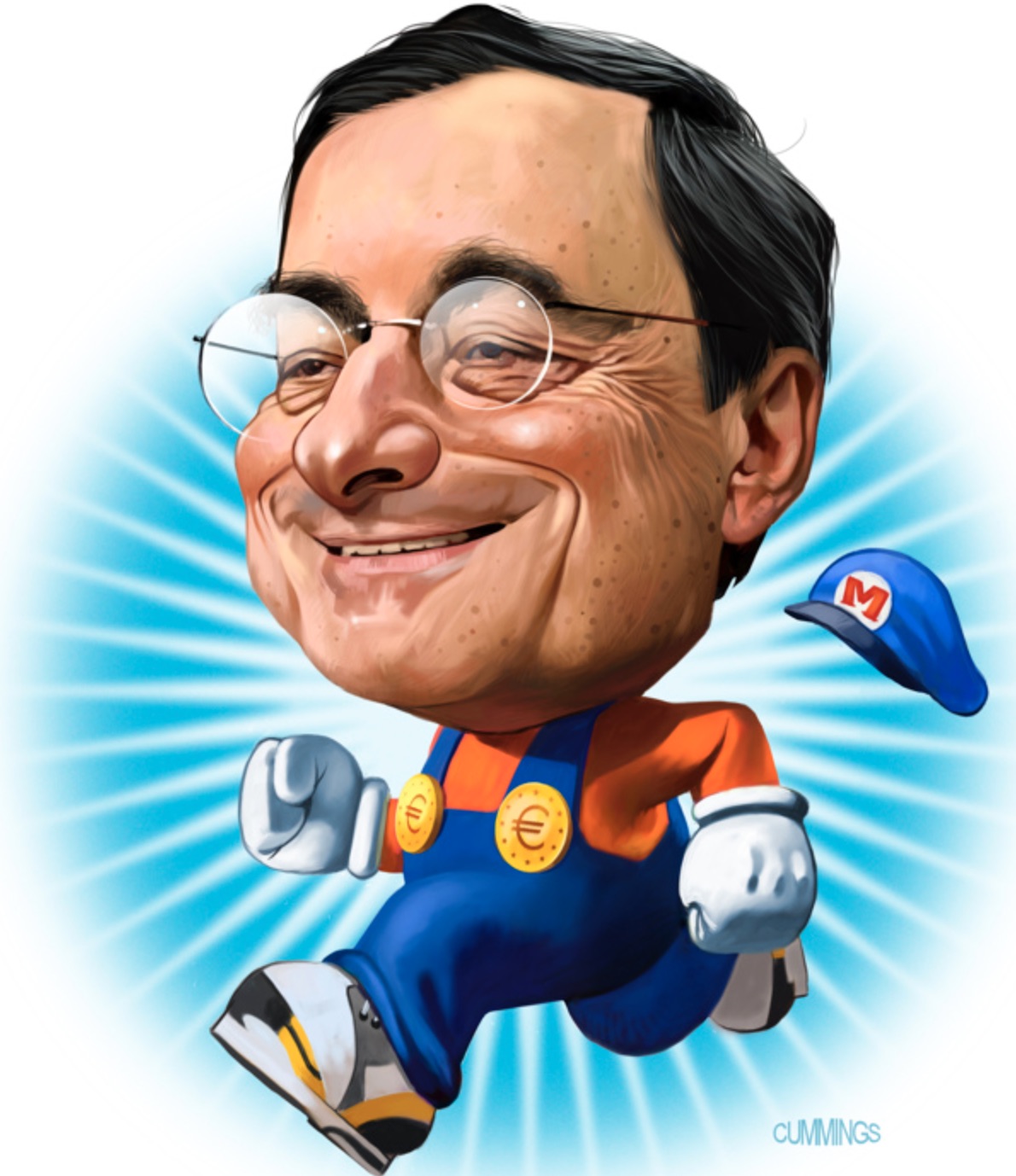 Super Mario At It Again
And, for the third time in as many weeks, European Central Bank President Mario Draghi again played the stimulus card, announcing the ECB “will not hesitate to act” to overcome the “significant challenges” that have wracked global markets since the start of the new year.

Back in the States, with the Dow down 14.5 percent, the Nasdaq off 18 percent from last year’s highs, and the KBW Nasdaq Bank Index off nearly 20 percent since the year began, equity markets on Friday soared on the news retail sales for January were up a paltry 0.2 percent. 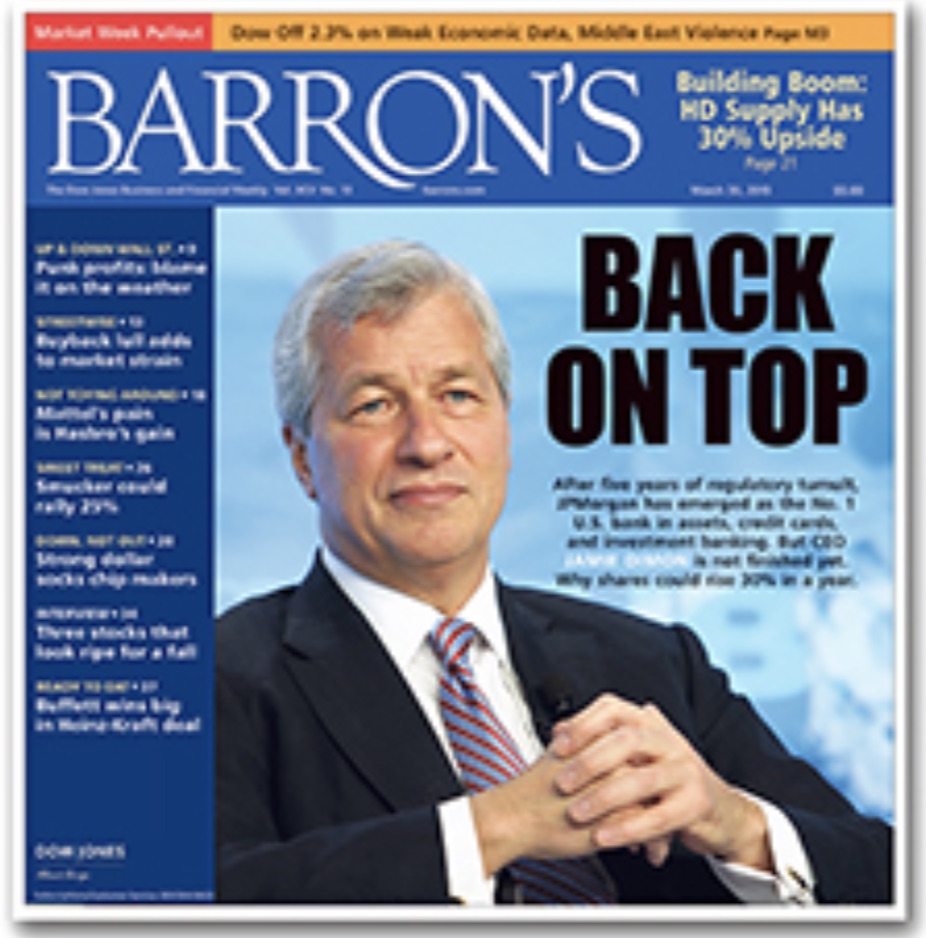 But what really drove the market forward was the news that JPMorgan Chase CEO Jamie Dimon would buy $26 million of his bank’s shares as a show of confidence.

About that global storm…

Will This Ignite A Terrifying Global Storm?
And finally, this is from today’s note from legend Art Cashin:  Rumblings In The Euro Zone – Yra Harris, the sage of the CME, brought a potential seismic event in euro sovereign bonds to light in his blog earlier this week. Here’s a bit of what he wrote:

In today’s London Telegraph, there is an important column by Ambrose Evans-Pritchard titled, “German ‘Bail-In’ Plan For Government Bonds Risks Blowing Up the Euro.” Evans-Pritchard cites one of the five wise men of the German Council of Economic Advisers, Peter Bofinger, who suggests a new German plan to “… impose ‘haircuts’ on holders of eurozone sovereign debt risks….” This is an issue I’ve discussed over the years in this blog for currently under BIS regulations all sovereign debt carries a ZERO RISK WEIGHTING.

Evans-Pritchard continues to write: “The German Council has called for a ‘sovereign solvency mechanism’ even though this overturns the financial principles of the post-war order in Europe, deeming such a move necessary to restore the credibility of the ‘no-bailout clause in the Maastricht Treaty.” Professor Bofinger is opposed to such a plan for it will of course ignite a bond and banking crisis across Europe as financial institutions are forced to raise even more capital because of the proscribed haircuts.

Any country that is subject to a “haircut risk” will see its debt sold by banks that do not want to be in a situation of having to raise even more capital in an already debt-stressed market. Professor Bofinger is adamant that the German Council is being very shortsighted and will create “… a self-fulfilling all too quickly, setting off a ‘bond-run’ as investors dump their holding to avoid a haircut.” As Evans-Prtichard warns, “The plan has the backing of the Bundesbank and most recently the German finance minister, Wolfgang Schauble, who usually succeeds in imposing his will in the eurozone. Sensitive talks are under way in key European capitals, causing shudders in Rome, Madrid and Lisbon.”

THIS PIECE BY EVANS-PRITCHARD IS VERY SERIOUS AND NEEDS TO BE WATCHED. Follow the European sovereign debt markets even though the pricing and signaling mechanism have been badly harmed by the ECB. If the Germans hold sway, Draghi’s whatever it takes to preserve the EURO will be retested and at -30 basis points and 60 BILLION EUROS OF QE A MONTH it will be a rough starting point for Draghi. A weakened Merkel has exposed a Mario Draghi under siege from a scorned Bundesbank. Merkel to Mario: Come in for shelter from the storm?

Consensus – Futures are firmer on Europe and crude pop. Let’s see if they rally to challenge resistance at S&P 1920/1925. If they rally today, it will be the first three day run in 2016. Stick with the drill – stay wary, alert and very, very nimble. ***ALSO JUST RELEASED:  Loss Of Confidence, Gold, Jamie Dimon Jose Canseco And The Ramp Job In Global Markets CLICK HERE.

***Felix Zulauf’s remarkable audio interview, where he discusses the gold market and tells listeners exactly how they can avoid wealth confiscation as well as how the global collapse will unfold, and much more, was released last week and you can access it by CLICKING HERE OR ON THE IMAGE BELOW. 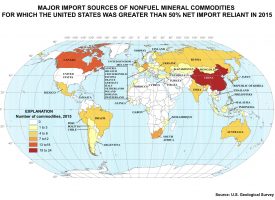