The Ukrainian triumph in Kharkiv? Here is a look at reality vs propaganda.

The Ukrainian Triumph In Kharkiv?
September 11 (King World News) – Dr.Stephen Leeb:  The recent “rout” of the Russians in the Kharkiv has made sensational headlines across the West. However, how the Ukrainians achieved this triumph has not been made obvious.

Virtually no Russian troops were defending the newly conquered regions, which was taken by Russia in the early stages of the Ukraine war. In addition, there’s been no mention of the utter failure of Ukraine’s primary counter-offensive objective, which was Kherson, a critical link to Odessa…

Odessa Is The Big Prize
Geopolitically, Odessa is to Kharkiv as the United States is to Northern Canada. Odessa is a major port, whose capture will rob Ukraine of access to the Black Sea and leave the country landlocked.

Still, you have to wonder how the Ukrainians were so swift in success to gather this much territory in merely three days, with a relatively small force. In other words, why did Russia take what is clearly a severe media defeat and potential psychological blow, which could easily have been avoided without sacrificing its continued success in the South.

Some have argued that Putin and his military chief were away in the East watching massive Russian military exercises with some of its allies. They had taken their eye off the ball. Are we to believe that Russia, which has been so savvy for the past six months in fighting its military operations, suddenly and collectively became completely oblivious to activities in northern Ukraine?

Turkey Allying With Putin And Russia?
With admitted speculation, one reason could be a key player. Over the past three days another major dispute has arisen – potentially as important or even more so than the Ukraine / Russian conflict– and has done so without the major media coverage it deserves.

Türkiye, which undoubtedly has the largest army in NATO, seriously threatened Greece with war over the Aegean Islands. Only a few very small islets are considered under Turkish sovereignty, a majority of which are under Greek sovereignty. 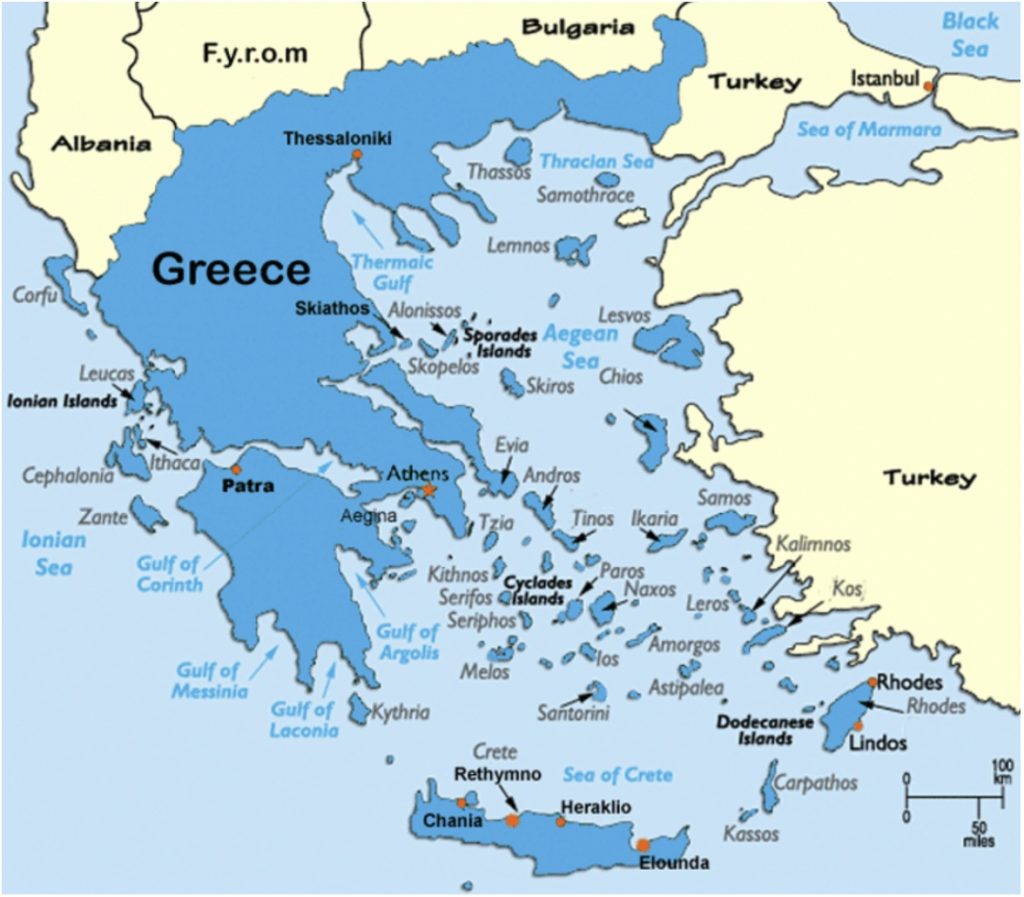 Turkish Greek Conflict Heats Up
Türkiye has proclaimed that war could come very quickly, even in the middle of the night without warning. Should Türkiye and Greece come to blows it would be a ‘David and Goliath’ situation, involving two current NATO members. A conflict such as this could send reverberations throughout NATO, leaving the alliance in a precarious position.

Moreover, with Greece unable to defend its west coast, Europe and NATO (in addition to Ukraine) would lose access to the Black Sea, which is critical in relation to African imports and other parts of the South.

This is not to create alarmism in regard to a potential Greece / Türkiye conflict. However, there are a few auspicious synchronicities worth bringing to light. Russia and Türkiye recently signed a $100 billion annual trade agreement, which ensures that Russian goods will be exchanged in sovereign (non-dollar) currencies. This new development has covertly materialized without much media attention, virtually swept under the rug by Ukrainian War headlines.

A noteworthy caveat: You will discover that the U.S. has never even threatened to sanction Türkiye in regard to this newly formed trade agreement with Russia. And best of luck if the United States has intentions of doing so.

Another shocking development is that Türkiye has agreed to meet with once bitter enemy; Assad. This would be a major slap in the face to America- who continue to oppose Assad with troops in Syria, supposedly on Türkiye’s behalf as they are controlling the Kurds.

Reality vs Propaganda
As the old adage proclaims, those who gaze into a crystal ball end up eating shattered glass. Speculation and predictions aside, events such as this are often far more relevant than headlines promoting fugazi propaganda. Even if the Türkiye / Greece conflict cools off, the critical geopolitical gains in the Ukraine have not been affected by the headlines boasting Ukrainian successes in the northern part of the country.

Perhaps the most important thing to realize is that you are not reading the words of an anti-American, but rather those of someone who loves America’s version of democracy, which has vanished over the past half-century. If America does have to settle for being part of a multi-polar world, the trade-off would be advantageous under the condition it could bring our country back to what we previously knew as a democracy. The resurgence of a form of government our Founding Fathers once imagined. It’s inherent that every American would want to see those shattered dreams reborn into a world where America has reclaimed its status as the ‘guardian’ of real freedom.

To listen to James Turk discuss the chaos in Europe and the US as well as how silver and gold could vault to new highs quickly CLICK HERE OR ON THE IMAGE BELOW.