With stocks moving higher along with the U.S. dollar, the European banking nightmare continues but what about gold and the rest of the world?

(King World News) Gerald Celente — From Japan, Europe and the United States to China, central bankers are either taking actions to stimulate sluggish economies or travelling the world talking up interest rates…

Gerald Celente continues:  “This Tuesday, the Japanese Parliament passed yet another money-dumping scheme to revive its slumping economy. Despite nearly four years of quantifiable Abenomics stimulus and negative-interest-rate-policy failure, the government’s ¥3.3 trillion ($32 billion) in additional spending raised Japan’s debt-to-GDP level to 250 percent… the worst ratio in the world! 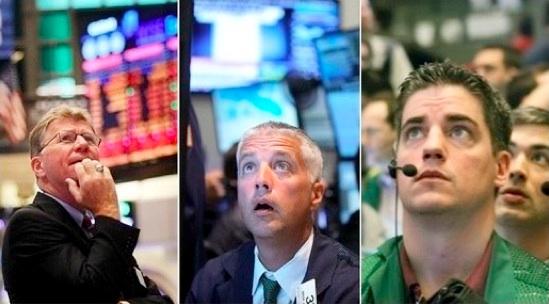 The European Banking Nightmare Continues
In Europe, with its economy slogging along at 0.4 percent for the first half of the year and the banking crisis worsening, the European Central Bank sent up more “boost the equity market” trial balloons this week. With Deutsche Bank shares having plunged to 1980 lows and 4,000 jobs cut, Commerzbank announcing it will cut 9,000 jobs and scrap its 2016 dividend, Dutch bank ING eliminating 7,000 jobs, and with European bank shares down over 20 percent this year, the ECB said Wednesday it would meet next week to discuss technical changes to its quantitative-easing program.

And, keeping hopes alive that it may increase the €80 billion-a-month government and corporate bond-buying scheme that to date has failed to spur moderate economic growth or sustained job creation, the ECB also hinted it may wait until December to decide whether it will extend the program beyond March 2017.

In the US, with Federal Reserve members flooding airwaves with their “rate rise coming soon” refrain, the odds on The Street are 70 percent that the Fed will raise interest rates in December (only the second increase since 2006). Yet, despite US economic growth since the recession tracking at its weakest pace of any expansion since 1949, Philadelphia Fed President Patrick Harker claims the US economy is doing “pretty well,” while Boston Fed President Eric Rosengren mystically claims raising rates will avoid a recession!

Across the global economic spectrum, the data read recession and contraction. For example, China, the world’s second-largest economy, reported Thursday that exports tumbled 10 percent while imports fell 1.9 percent. Therefore, despite claims that cheap currencies boost exports, with China’s yuan at six-year lows against the US dollar and sharply down against a basket of currencies, it’s weak global demand, not a weak currency, that’s responsible for the terrible export data. Indeed, The World Trade Organization forecasts global trade will register its fifth straight year of sub-3 percent growth.

Trend Forecast:
The Bank for International Settlements warned of excessive borrowing, mostly in dollars, by emerging-market companies. When US interest rates rise and the dollar gets stronger, emerging-market currencies will weaken, thus dramatically increasing their debt-repayment burden. In developed nations, cheap money, not corporate earnings, boosted equity markets. Therefore, while a stronger dollar will initially push down gold prices, in a climate of equity-market volatility and increasing geopolitical unrest, we maintain our forecast for gold to remain a strong safe-haven asset.

***Also released: Fleckenstein On The Recent Weakness In Gold, Silver And The Miners CLICK HERE.