Gold and silver shorts are being forced to cover as physical demand sets floor in the metals markets.

July 29 (King World News) – Alasdair Macleod:  After months of drifting lower, gold and silver staged a sharp rally this week. In European trade this morning, gold was up $39 at $1766, having touched $1681 on 21 July. Silver was at $20.17, up $1.60 on the week. Comex volume for gold was healthy, while for silver it was notably better on Wednesday and Thursday. 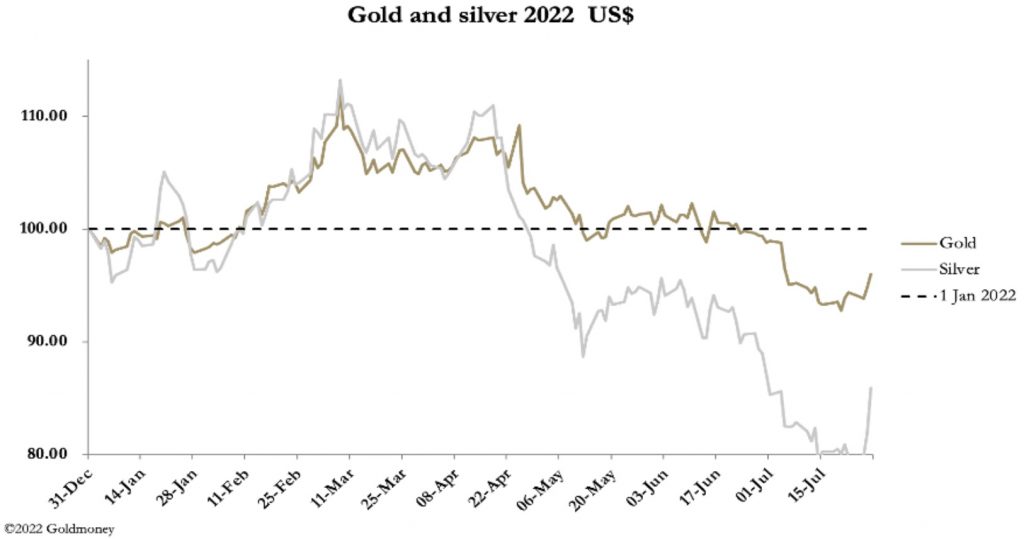 This week saw the Comex August gold contract run off the board, which has reduced open interest to well under 500,000 contracts. It reflects the degree to which the Swaps have managed to take out the longs in the Managed Money and Other Reportables categories. Furthermore, by forcing the price lower call options maturing this week have been abandoned. Open Interest is our next chart. 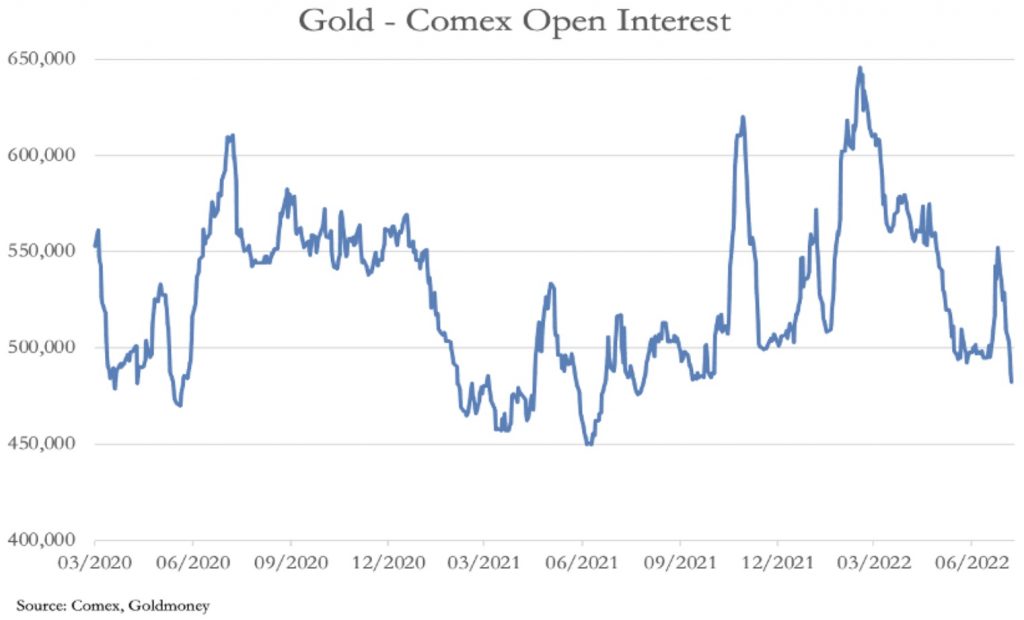 It can be seen that Open Interest is as low as it can get, which means net selling is done, now that the August contract has expired. The technical position is positive for the bulls as well, and bullion bank traders will certainly be aware of this next chart.

Gold’s Long Consolidation May Finally Be Over 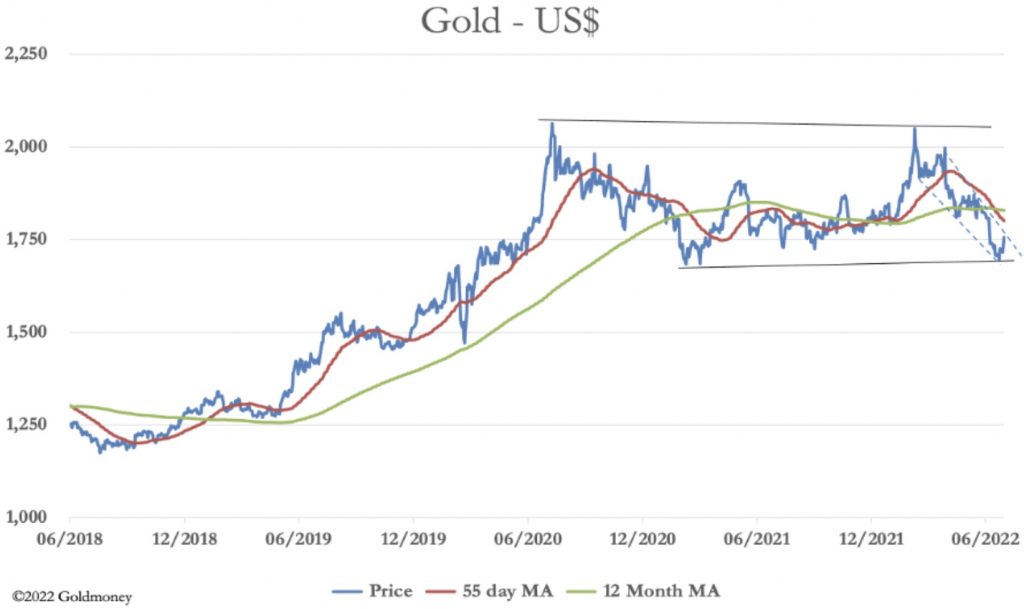 Points to note are:

The dilemma facing bullion trading desks is do they wait for confirmation of Elliot wave analysis, which requires gold to trade above its 1-year average, currently at $1828? Probably not — the sensible strategy must be to avoid new short positions entirely. And if buyers materialise, which is almost certain in these oversold conditions, best to mark prices up to deter them.

The bullion desks’ hopes probably rest with the dollar crosses against the euro and yen. After their recent consolidation, if these currencies weaken again hedge funds would probably not sell the dollar to buy gold. That leaves the other Reportables, who are more concerned with broader issues than currency crosses. Indeed, this category has driven contract deliveries into physical, which so far this year has totalled 103,079 contracts (10,307,900 ounces or 321 tonnes).

At the retail level, reports from many coin dealers in different countries are of strong demand. The only sellers appear to be holders of ETFs, who are amateur investors and speculators, disappointed holders simply looking for profits in their fiat currencies.

The background to current markets is a growing awareness of the conflict between rising consumer prices, with CPI inflation in the US, EU, and UK approaching 10%, and growing evidence of a downturn in global GDP. Central banks are using recession as an excuse to hold back on interest rate rises. Forward thinkers can only conclude that systemic risks are increasing, in which case a flight out of bank deposits into cash and gold is their only option.

Bill Fleckenstein On China, Gold, Inflation And The Mining Shares

What Is Happneing Now Is Like The Great Depression