Following up on the extraordinary interview with Dr. Roberts, today the man former U.S. Treasury official Dr. Paul Craig Roberts writes for spoke with King World News about the truly terrifying reality of Western aggression against Russia.  This powerful interview takes a hard look at what a catastrophic situation this is for the world.

Eric King:  “Gerald, I know you’ve read and listened to the KWN interview with Dr. Paul Craig Roberts — your thoughts on what Dr. Roberts said.”

Gerald Celente:  “When it comes to geopolitics and socioeconomic analysis, Dr. Paul Craig Roberts is in a league of his own.  He made some remarkable points in his KWN interview that are being overlooked by the mainstream media.  He also made the point about how everyone in the mainstream media is just regurgitating the government line.  As he said, ‘How can people be so utterly stupid?’

"The French Emperor arrived in Moscow with 100,000 men.  But after one of the most famous and brutal winter retreats in history, Napoleon arrived back to where the offensive first began with only 10,000 men — a staggering 98 percent casualty rate (see map below).

“The map that made a nation cry”: Depicting the Grande Armée’s great disaster by geography, time, and temperature, Minard’s famous map from 1869 is one of the earliest examples of a flow map. From 422,000 men, crossing the Niemen in 1812 on their way to Moscow, only 10,000 returned alive to see the Niemen again. 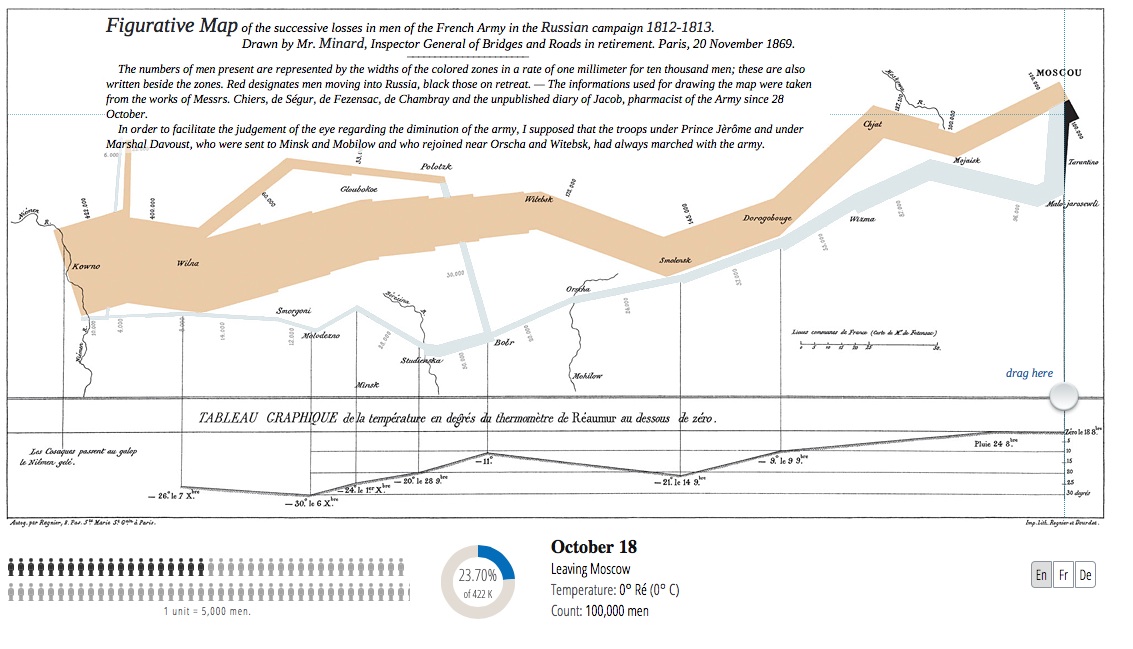 Celente continues:  "And as we all know, Eric, Hitler launched the greatest military offensive in world history against Russia and was defeated."

Eric King:  "Gerald, the U.S. recently announced they were sending 100 tanks to the Baltic States, but here's the problem:  Just one World War II battle — the Nazi/Russian battle of Kursk in the summer of 1943 — involved a staggering 2,000,000 men, 6,000 tanks, and 4,000 aircraft.  The Russians defeated the Nazis decisively.  What does the U.S. think it will accomplish by sending 100 tanks near the Russian border?"

As I said, Russia is not going anywhere and they are not going to fold under pressure from the United States or NATO.  And as Dr. Roberts makes very clear: There are black swans that Russia can unleash against the West.

So Russia is not going to fold because of some pressure coming from the United States or NATO.  And the real tragedy of all this is the collapse is the ruble is really hurting the Russian people.  This is being done by the West as a method of financial warfare.  The latest sanctions against Crimea are just hurting the people of Crimea.  These are sociopaths and psychopaths who are doing this.

History shows that 90 percent of the casualties of war are civilians, and 99 percent of these sanctions are hurting civilians.  So these are acts of war and this is simply increasing tensions worldwide at a time when global economies are already stressed.

Look at what happened last week:  You saw world oil prices shoot up roughly 6 percent in one day.  And here we are on Monday and they are back down 3 percent.  It’s a market manipulation that is being done by madmen and money junkies.  The bottom line is that innocent people are paying a steep price for the sanctions being imposed upon them by governments that have no business in foreign entanglements.”

Bill Fleckenstein – What Is Going To Be The Trigger?