Today one of the greats in the business said the gold market is preparing for liftoff.

Gold Preparing For Liftoff
December 30 (King World News) – Top Citi analyst Tom Fitpatrick:  As we have highlighted in our piece earlier: Gold: Deja vu all over again?, gold traded through the resistance range around $1,480-$1,490 last week where the trend line resistance at 1480 converges with the Dec 12 high at 1487. It is currently testing the November high at $1516 and a close above there would suggest possible extensions towards the 76.4% Fibonacci retracement level at $1530.80 in the near-term (not shown). 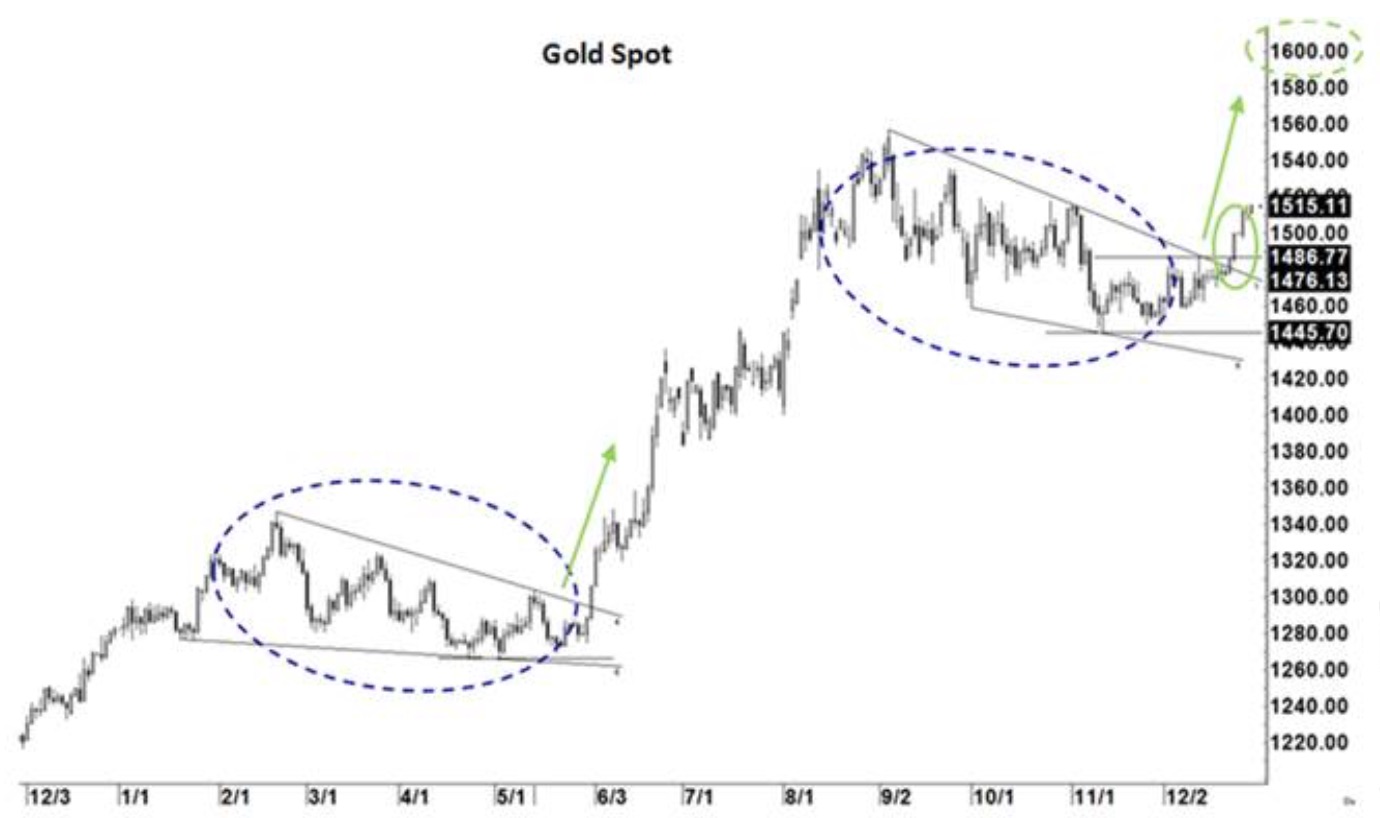 This breakout is very similar to the 20% rally in gold we saw from June to August this year, and an up move of similar magnitude would point to a long-term target of $1,700…

Weaker US Dollar Bullish For Gold
A weaker dollar also supports our bullish view on gold. The Bloomberg Dollar Index broke through the trend line support coming at 1,191 and has come just 18pips shy of its double top target of 1186.55. 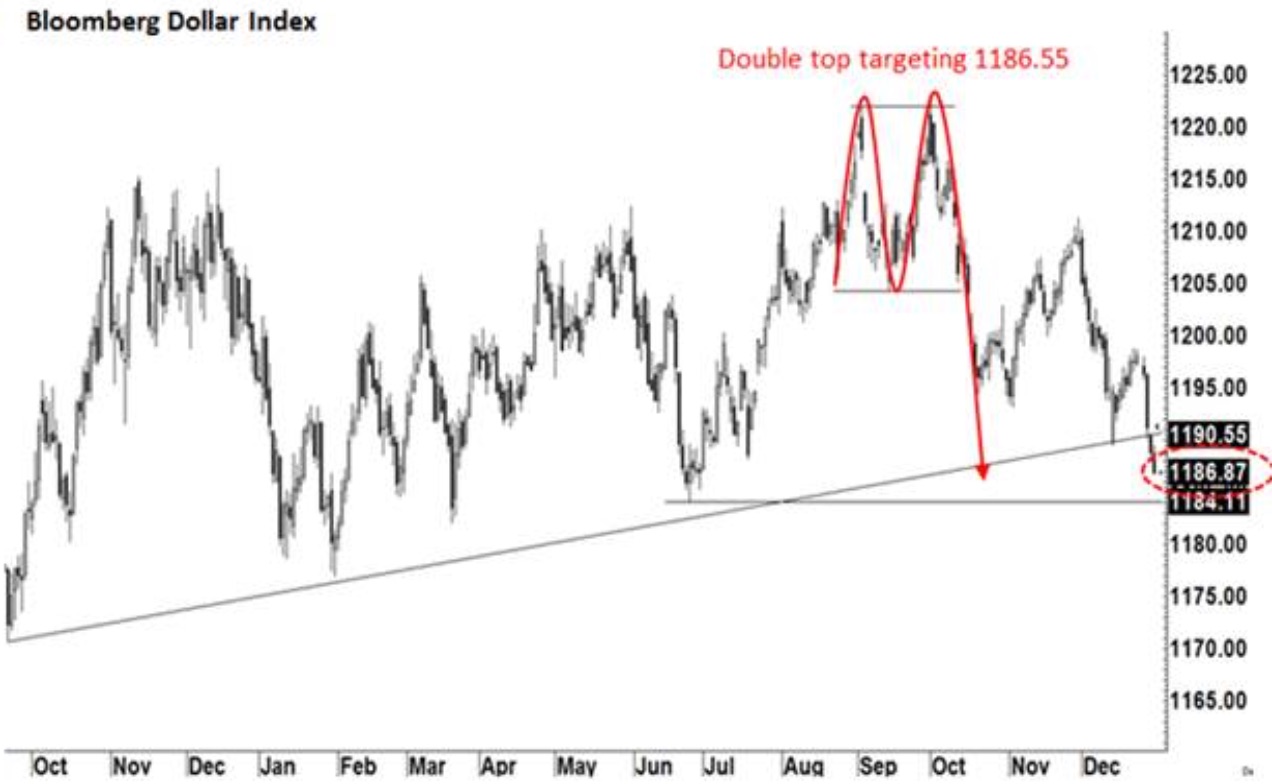 A close below the horizontal support at 1189.50 suggests further downside can be seen towards the June low around 1,184.