Look at this surprising information as gold and silver continue to surge.

King World News note: Sentiment for silver still has not yet reached the level of “Excessive Optimism” (see 25-year silver sentiment chart below). 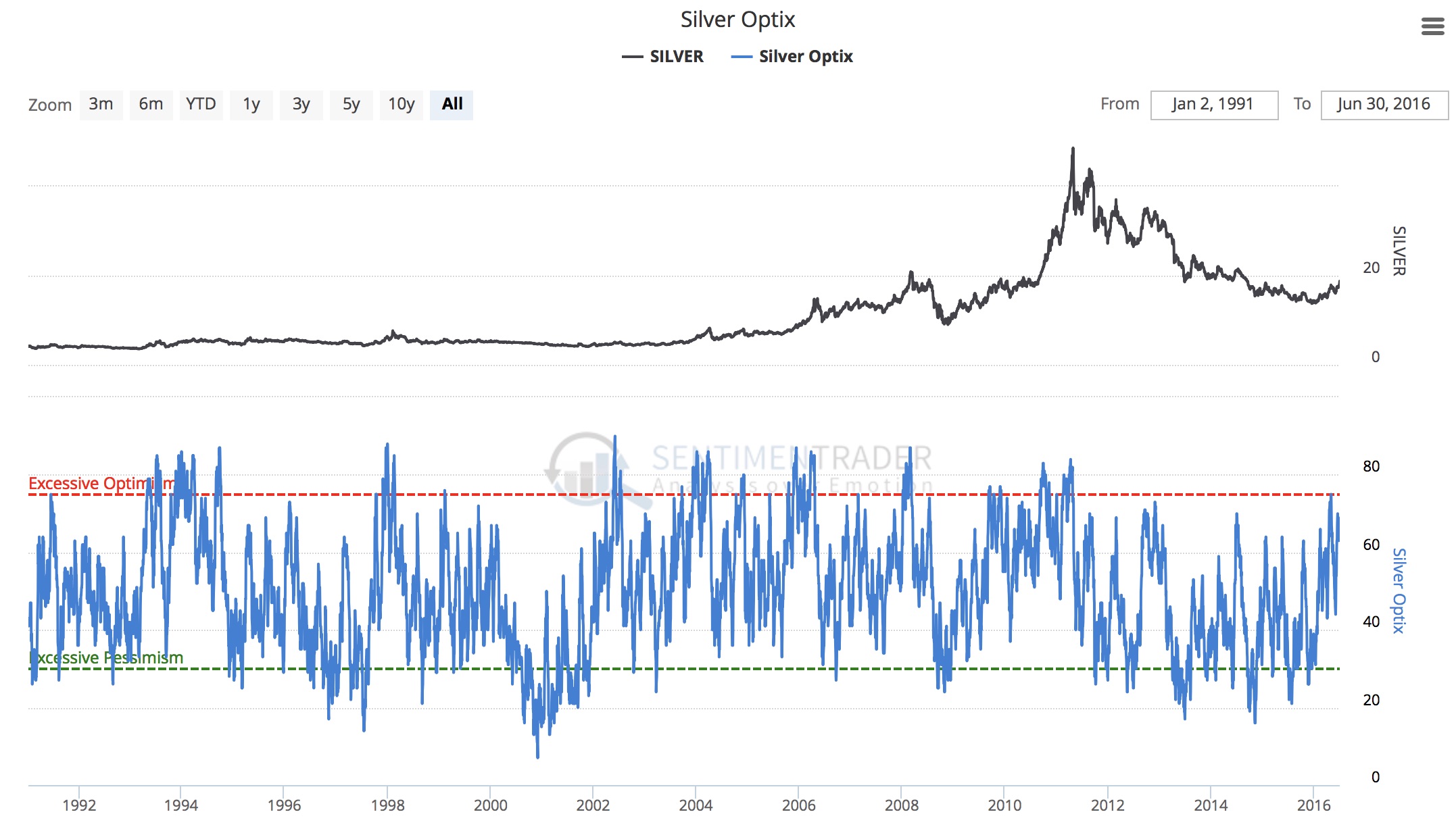 King World News note:  If you look closely at the chart above, the Silver Optix spent a significant amount of time in the “Excessive Optimism” levels during the bullish advance from 2001 – 2011.  Yet at the beginning of this cyclical bullish phase of the secular bull market in gold, sentiment still remains somewhat subdued.  But that’s what bull markets do, they “climb a wall of worry.”

King World News note:  And look at what is happening to the fund flows into the silver ETF SLV, where there was an extremely high level of liquidation, especially compared to the last three years (see chart below). 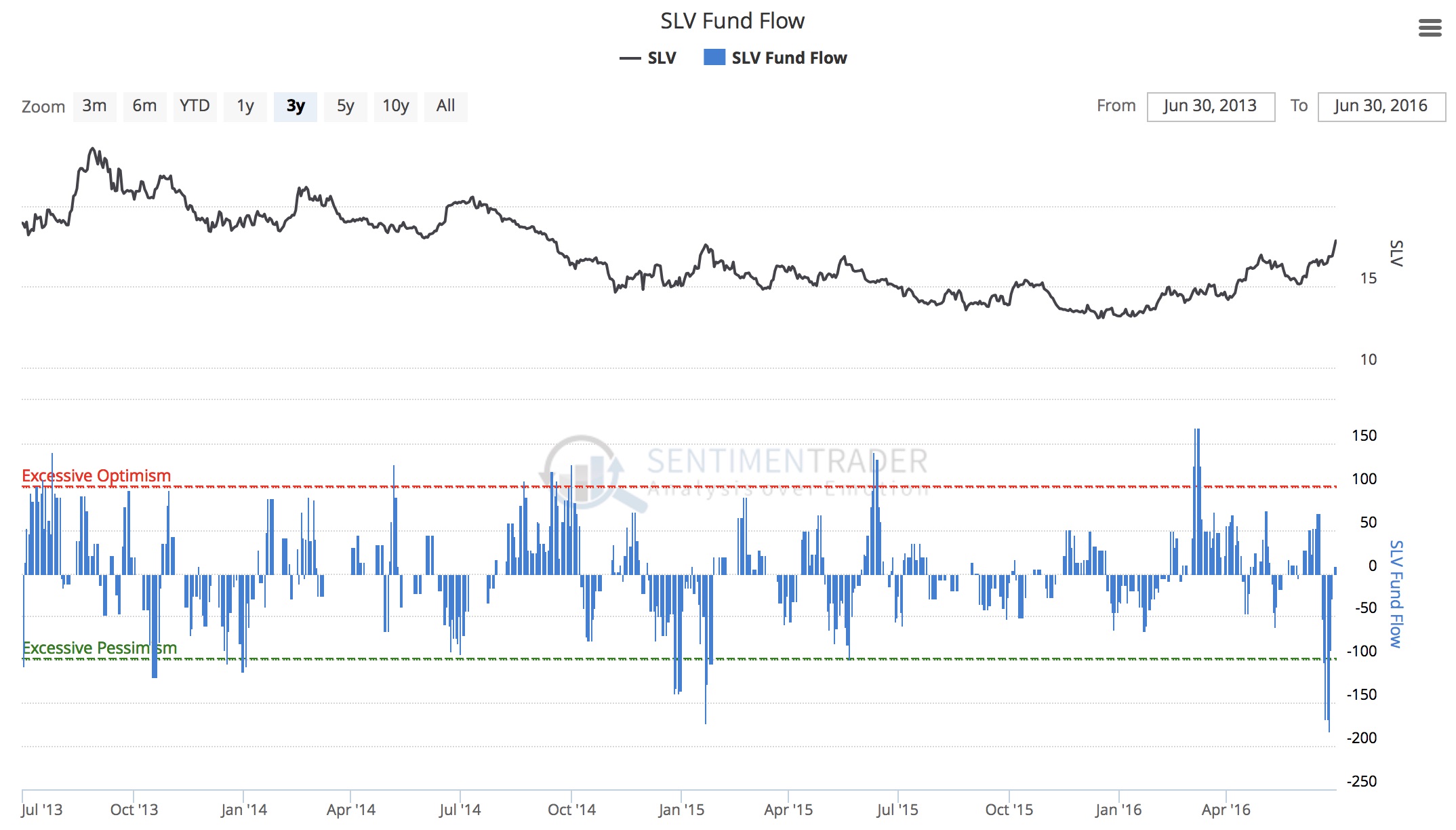 In sharp contrast to SLV, look at the extremely strong fund flows into the gold ETF GLD (see chart below). 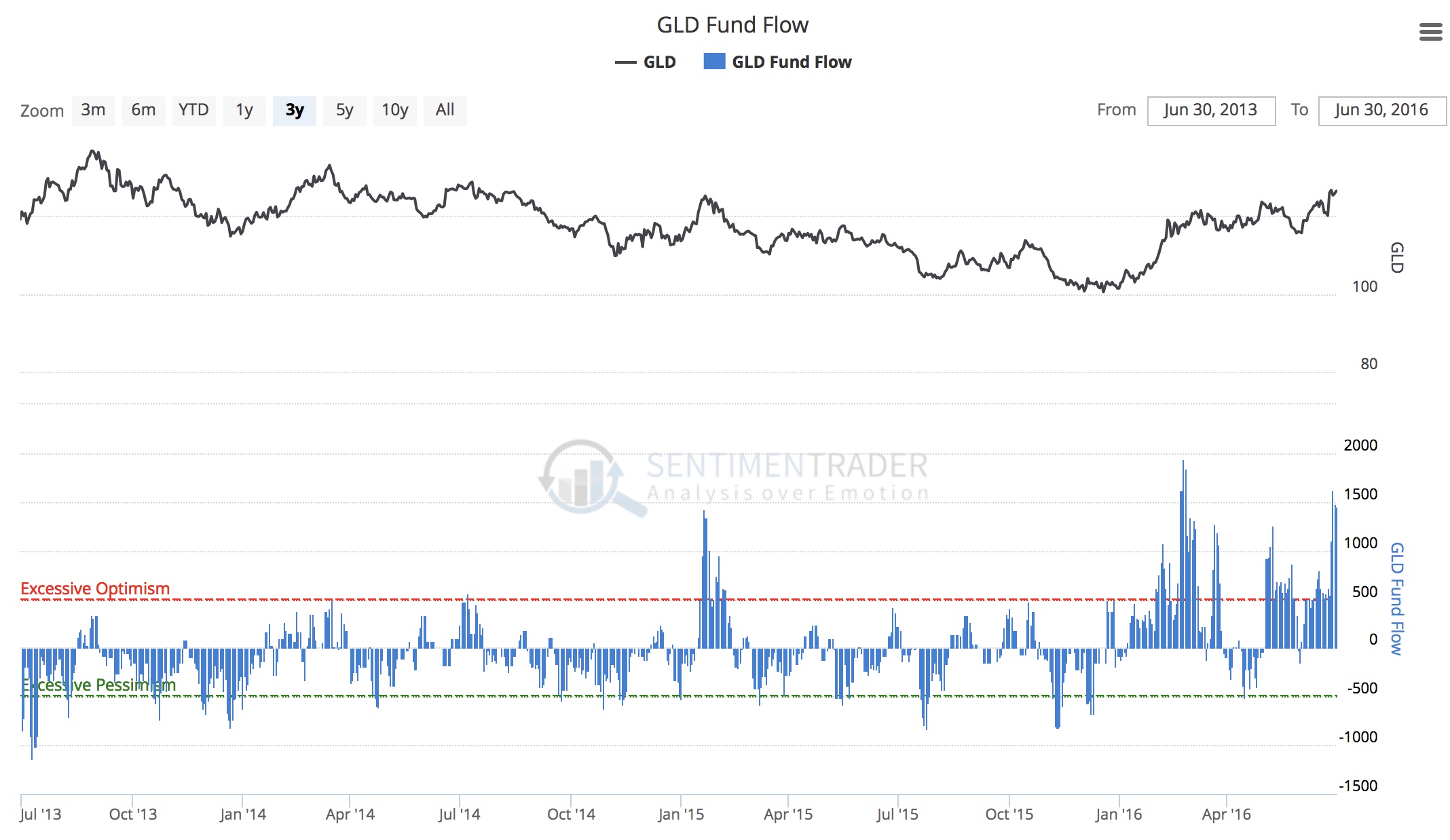