Today a former White House official and Plunge Protection Team member warned King World News that a nuclear threat to the world has now returned.  Former presidential adviser and member of the U.S. President's Working Group on Financial Markets, Dr. Philippa Malmgren, also discussed how countries are positioning themselves ahead of this threat and what surprises may be in store.

Eric King:  “When we talk about the geopolitical situation, its quite hairy.  We have Russian bombers flying around, being intercepted, we have the Russians running drills, mobilizing troops and getting their nuclear warheads ready (for deployment) — worried about a first strike (nuclear attack from the West).” 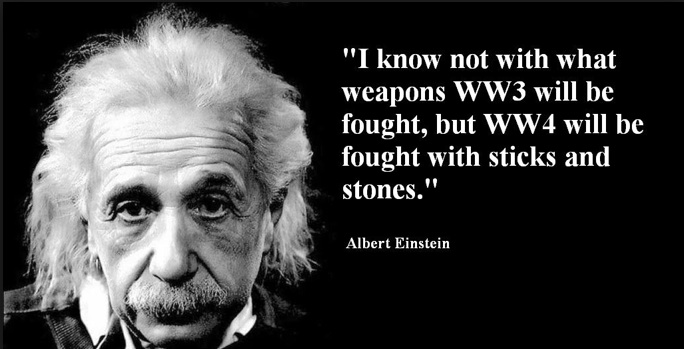 Dr. Philippa Malmgren:  “To put it in perspective, I’m a kid who grew up in Washington, DC at ground zero, when we had the Cold War, practicing diving under my desk once a month.  I don’t know why anybody thought you would be safer underneath your desk in the event of a ground zero nuclear attack but that was the view at the time.  So I really understand how visceral and emotional it is to see the return of nuclear weapons to the global landscape.  It’s something that we have not had to worry about for almost two generations….

“So when you see headlines like the one I’m looking at right now, it says, ‘Russian Navy carries out mock attack on nuclear submarine,’ this kind of story is definitely going to accelerate.  We are seeing Russia but also China as well making significant efforts to upgrade their offensive capabilities.  So, yes, we are going to be in a world where the old nuclear weapons treaties either no longer apply or protect us from even having to think about these issues. 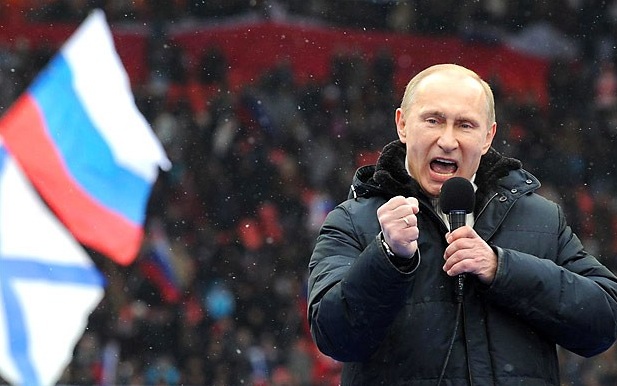 From a Russian perspective, they don’t feel like they are arbitrarily provoking the West.  They feel like they are genuinely defending and preserving their core national interests, which is exactly how the U.S. and NATO feel about things as well.

In other words, this can’t be resolved quickly and easily.  We’re going to be in a confrontational environment and the question is:  What form does it take?  So it is a bit scary when you see a country like Sweden, which has a history of being neutral, saying they are going to boost their submarine fleet in the Baltic and send troops to Baltic Islands in anticipation that they are going to have to defend themselves from Russia. 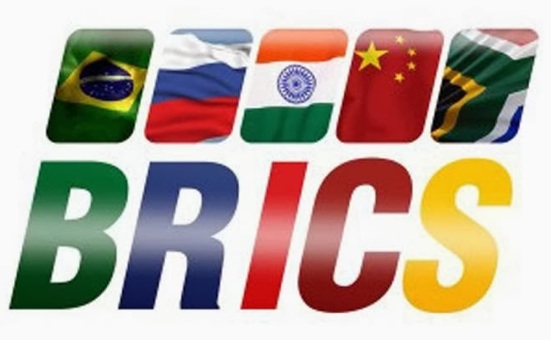 Even Bigger Issue At Stake

So these things (geopolitical dangers) are real but there’s a much bigger issue at stake and that is this whole post-war international economic order having been based on the U.S. dollar and U.S. policies that were predicated on the assumption that they served everybody's interests.  What China and Russia are now saying is, 'They don’t serve our interests anymore.'

It’s really apt that the British decided to join the new emerging market BRIC Bank — the new institution that China and Russia are creating to act as a substitute or a new version of a combined World Bank/IMF structure.  It’s the infrastructure bank for emerging markets.  This is another way that they (Russia and China) challenge the supremacy of the United States.

And it was fascinating to see the White House slap-down the British quite forcefully — their closest ally — and say, ‘You shouldn’t have done that.’  This has raised all kinds of questions because the British view is:  'If this institution is going to be funneling big amounts of money into emerging market infrastructure, which clearly needs to be built, then are we smarter to be on the inside where we can keep an eye on what’s going on, or on the outside where we don’t know?'

The American view is, ‘We don’t condone any participation.’  And I think the rest of the world, including America’s allies, are going to say, ‘Well, actually this is better than war, right?  It’s better to work with them in the context of building the world economy, than to stay out of that dialogue and instead intensify the business of sending troops to borders.'

This is the situation that markets need to get a grip on and I think that leads to all kinds of questions about things that matter to the listeners of your broadcast and that is markets like gold.  For instance, China and Russia have been big accumulators of gold in anticipation of a day when they step forward and say, ‘Our currency is more backed by real gold than the American dollar,’ which is another piece of the same puzzle.  So I think that’ the big picture here.” KWN will be releasing interviews all day today with Dr. Philippa Malmgren, Andrew Maguire and others.  Also, the incredible Dr. Philippa Malmgren audio interview which discusses the war that is raging between the United States, Russia and China, stunning 2015 predictions, the war in the gold market and much more has now been released and you can listen to it by CLICKING HERE OR ON THE IMAGE BELOW.

***ALSO JUST RELEASED: Top Trends Forecaster In The World Warns We Have Never Seen Anything Like This In History CLICK HERE.