The World Is Being Driven Toward Orchestrated Financial Destruction

Today a 40-year market veteran sent King World News an incredibly important piece that warns past the Western mainstream media propaganda, the world is being driven toward orchestrated financial destruction.  This piece exclusively for KWN also discusses how this will impact key markets such as gold and silver.

March 30 (King World News) – Speculation continues about whether and when the Fed will increase interest rates. We thought we would step back and look at the situation from a more conceptual and long-term perspective to see if a clearer picture emerged as to where we are heading. Our conclusion is that rates have nowhere to go but down despite the occasional spasms to the upside.

As precious metals became accepted as a means of exchange for assets and services, the sellers did so because the metals also represented an asset. The seller could choose to re-exchange the metals received for something else or defer that exchange for a later purchase. 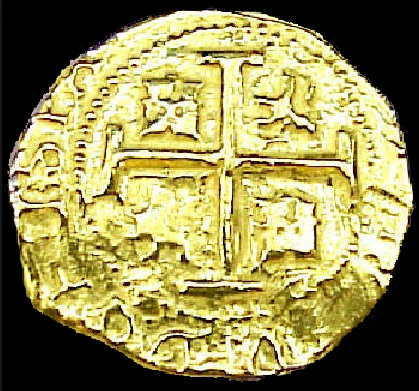 During most periods in history, gold has maintained its worth relative to physical commodities. One of the few exceptions that comes to mind was during the Spanish transfer of massive quantities of gold and silver from Central and South America back to Europe. During the Middle Ages, it has been speculated that the entire amount of physical gold could fit in a cube 4 feet on a side. The sudden onslaught of new supply temporarily distorted the historical relationship that gold and silver had relative to other assets….

The invention of paper money as a means of exchange and the imposition of that currency on the population created a mechanism that has been used from inception to confiscate and then reallocate the wealth of countless countries and billions of people.

The last Mongol leader during the time of Marco Polo made it mandatory to exchange wealth for his paper currency. Mandatory in those days meant under the penalty of death. It was a very direct form of confiscation. The ruler and his minions owned everything. The people had paper. Like all such experiences with paper money, it ended with a rapid collapse in value.

As we and others have reported, there are no success stories with paper money. All end in a complete loss of value and social conflict. In the case of France in the late 1700s, the guillotine and the French revolution stand as reminders of what traditionally follows the destruction of the people's money.

Interest is rent on a loaned asset. The amount received should be related to the amount outstanding and the amount demanded. We know that the central banks since 2008 have flooded the planet with enormous amounts of artificial money and credit. This monumental increase in capital has intersected with diminishing demand both from corporations and households.

In the case of corporations, those generating excess cash flow have turned to share repurchases as well as mergers and acquisitions to shed the surplus funds. For individuals, interest rates on debt remain in the stratosphere relative to those received on deposited funds.

Naturally, as a group, individuals are paying down debt. Getting rid of credit card balances is equivalent to receiving 10-30% on capital. There is demand for credit from corporations and individuals without the options outlined above. However, that credit remains on the balance sheets of the banks and the Fed as the potential borrowers are unable to obtain loans.

"Conjured Out Of Thin Air"

Since the transition to “debt is money”, what is loaned is no longer an asset but simply is conjured out of thin air. If the supply of that money has been grotesquely increased, it makes sense that the “rent” associated with that money would decline as the supply continues to grow. The supply is going to continue to grow. The central banks have made that clear, and the maintenance of systemic national deficits and overwhelming future social commitments make that an imperative independent of central bank monetary policy.

Modifying interest rates as a key component of central bank policy is no longer an effective option. Rates would be raised in the past when economies were overheating, not when structurally weak and getting worse. Lowering rates used to been seen as stimulus, but we are well past that being an effective tool. It no longer works. Central banks are trapped and have lost their control over interest rates through their destructive fiat money creation. As the supply of this phony capital inexorably grows, the pressure on rates will be down not up in our view.

This lack of “rent” on invested capital has now turned institutions into speculators. We see it in the hedge funds using biotech stock mergers to goose returns. We have seen it in private equity gobbling up real estate to package rents driving individual home owners into multi-family dwellings with ever increasing rents.

Nowhere have we seen greater speculation than in privately held, high-tech valuations. Some of these companies have no sales or earnings yet sport $multi-billion valuations. The venture capitalists have admitted to creating artificially high pre-IPO valuations. They claim it plays to the egos of the entrepreneurs. In reality, it plays to their business model of attracting institutions desperate for returns in exchange for fat management fees.

Past The Propaganda And Orchestrated Financial Destruction

As the world sees past the propaganda designed to diminish the perceived value of precious metals and other real assets, the stage will be set for a meteoric rise in prices. Nobody knows when it will happen or the catalyst that triggers it, but that moment is rapidly approaching. We suspect that it will follow the reconstruction of the global financial infrastructure examples of which are the replacement markets for precious metals in Asia along with this new AIIB.

As countries in the West continue to take a hostile approach to the transportation of and ownership of precious metals, investors need to take full positions before it is too late. Returns on phony capital will continue to fall and head into negative territory. In the end, gold and silver will become the asset of last resort for the average person. ***ALSO JUST RELEASED: Yes, The War In Gold Is Continuing To Rage But Gold Is Now Winning The War CLICK HERE.