The price of silver is finally beginning to assert itself, trading stronger vs gold, plus Art Cashin and an amazing streak.

Silver Asserting Itself As Gold/Silver Ratio Begins To Reverse 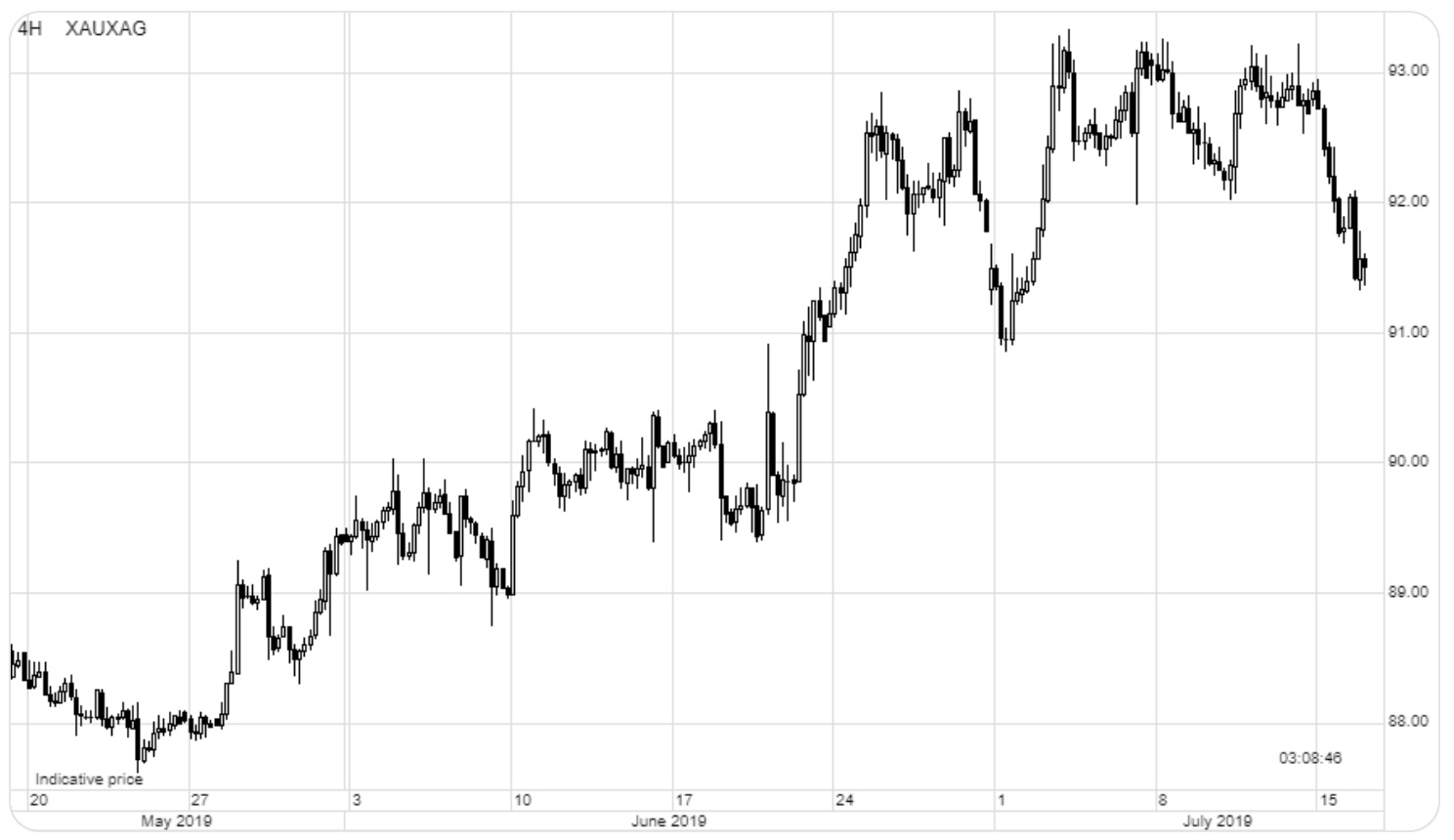 Art Cashin:  “On this day in 1941, an American epic came to an end. It was an epic even though it did not last decades or even years. Rather it was over in a matter of days – – 56 days to be exact. It was the hitting streak of one Joseph Paul DiMaggio, an outfielder of some note for the team called the New York Yankees. 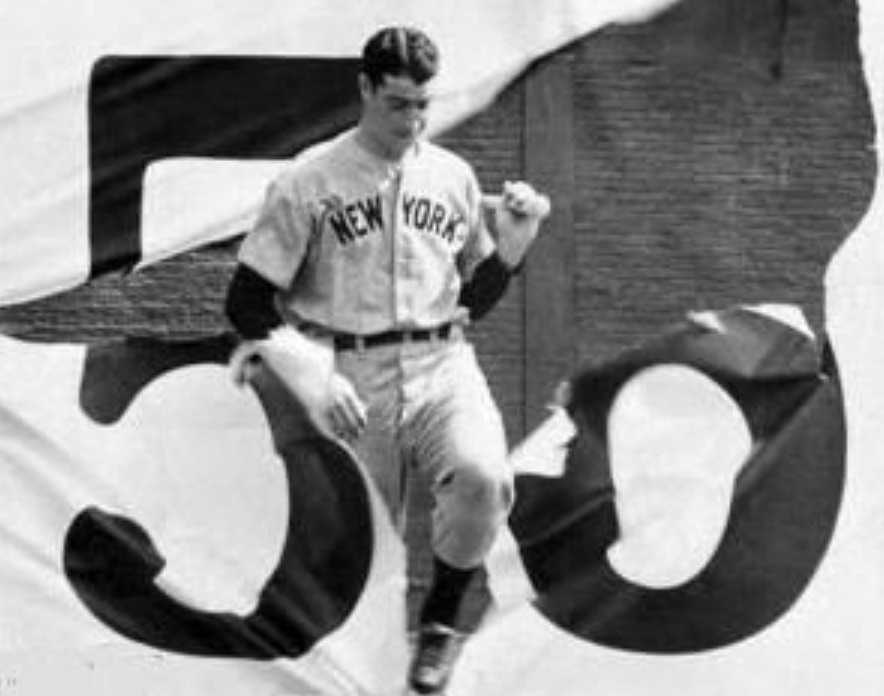 When the streak began few noticed it, but by this day in 1941, the whole nation noticed it. Hell, they were obsessed with it. All across the nation’s locales it beat out Hitler, the Battle of Britain or Tojo’s moves in Manchuria. And, why not, no one in America’s game had ever hit safely in anything like 56 straight games.

So, with most of America hanging on every pitch, the epic came to the place where most American epics go to resolution – Cleveland, Ohio.

The folks in Cleveland welcomed the new hero by putting out their best. That is, during the game, the 27 year old DiMaggio would face two of their best pitchers – – Jim Bagby and Al Smith. But his nemesis lay elsewhere.

In his first at bat, Joey D. hit a shot that even a Patriot Missile couldn’t have intercepted. But the Cleveland third baseman, one Kenny Keltner, must have been up all night reading Superman comics, for he robbed Joe D. of a hit with a play that brought the entire stadium to its feet. Later in the game DiMaggio hit another shot that ordinarily would be page 3 of how to get a hit. But Keltner, looking like a jet propelled contortionist miraculously put him out. And so the game ended and so did DiMaggio’s streak. 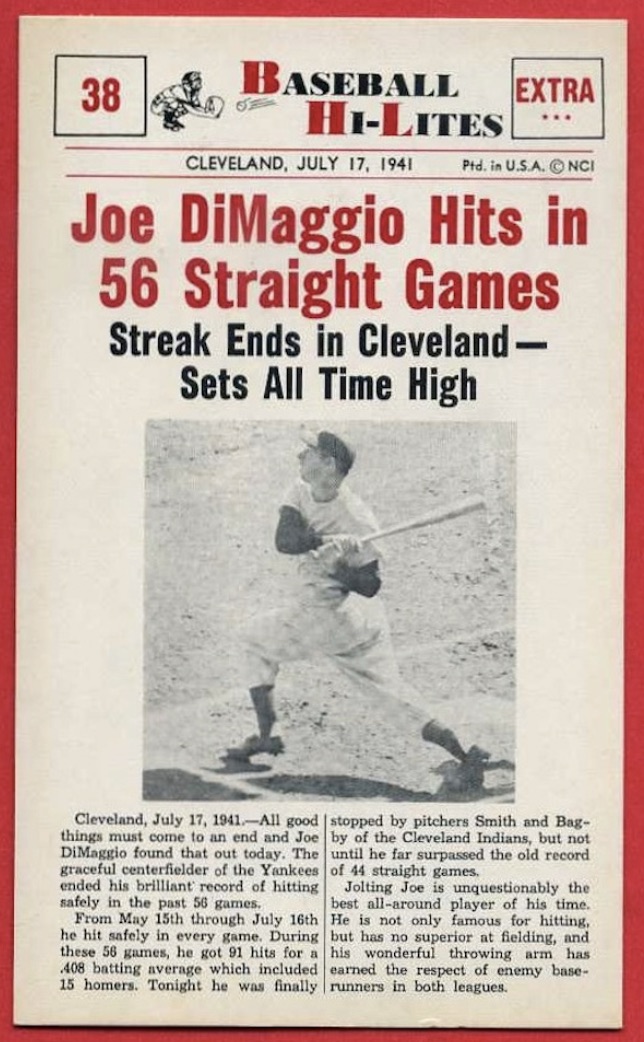 Perversely, DiMaggio would come back in the next game and hit safely for the next 16 games. And, he wasn’t even the best hitter in the league that year. There was this guy, Williams and he…..but that’s a story for another day.

The bulls didn’t quite loss their hitting streak Monday but it was only saved in the late innings.

The day began with better than expected earnings from Citigroup and reports that China had seen the slowest GDP growth in 27 years.

Neither report seemed to have an effect on the market. Citigroup drifted down on the day and markets from Europe to the U.S. seemed to shrug off the China news.

We had written in Monday’s Comments that the form chart suggested that the market would likely shift into a consolidation phase. The form chart clearly won out over other market influences.

The range of the day was incredibly narrow. The S&P saw a swing of only 9 points and the Dow had a very compressed range of 70 points. The volume was also very light with Monday coming in as the second slowest day of the year, trailing only Easter Monday.

Several sectors weighed on the market throughout the session. The financials couldn’t get out of their own way. The energy sector eased as the Gulf hurricane appeared to do far less damage than expected. The industrials also dragged, led by Boeing and GE. The FANGs helped the bulls a bit and big caps continued to outperform small caps.

All in all, the biggest seller on the trading floor was probably No-Doz.

More Warning Signals Shipping – Our friend, Peter Boockvar, the analytic guru at Bleakley Advisory closely follows the Cass Freight Index and he says that the index continues to show signs of a growing global economic slowdown. Here’s a bit of what Peter wrote:

It’s that time of the month for the Cass Freight Index, for June. The index that basically measures the transportation ofevery single good that is produced and traverses its way through the US highways, railways, airways and seaways. It fell 5.3% y/o/y in June, the 7th straight month of declines and Cass Freight repeats what it said in May, “the shipments index has gone from ‘warning of a potential slowdown’ to ‘signalling an economic contraction.’ They even raise the prospect based on this index “Will the Q2 ’19 GDP be negative?” What are the specifics of what they are seeing?

1)”We are concerned about the severe declines in international airfreight volumes (especially in Asia) and the ongoing swoon in railroad volumes, especially in auto and building materials;”
2)”We see the weakness in spot market pricing for transportation services, especially in trucking, as consistent with and a confirmation of the negative trend in the Cass Shipments Index”;

3)”As volumes of chemical shipments have lost momentum, our concerns of the global slowdown spreading to the US, and the trade dispute reaching a ‘point of no return’ from an economic perspective, grow.”

The bottom line from Cass Freight, “more and more data are indicating that this is the beginning of an economic contraction.” The inverted yield curve certainly points in that direction while the stock market acts like we have an economic boom on our hands. Thank you Fed.

Overnight And Overseas – Tokyo reopened from the “Marine Day” holiday and posted a moderate loss by the close. Shanghai suffered a fractional loss, while Hong Kong and India had modest gains.

In Europe, the equity markets are rather lethargic with London, Paris and Frankfurt all trading with fractional gains.

Among other assets, Bitcoin is trying to consolidate, trading just under $10,700. Gold is up fractionally, trading just above $1400. Crude is slightly higher with WTI trading just below $60. The euro is flat against the dollar and yields are a tick, or two, higher.

Consensus – The form chart suggests consolidation may continue. There are even some hints of a potential market stall but it is way too early to make that call, so we should roll with the action.

Keep your eye on yields and watch today’s one year Treasury auction.

AUDIO RELEASED
King World News note: There was a short delay in the release of the latest audio interview with the man who helps to oversee more than $200 billion and you can now listen to it by CLICKING HERE OR ON THE IMAGE BELOW.

Gold & Silver Update, Plus A Bad Situation Getting Worse And Don’t Worry, Everything Is Okay CLICK HERE TO READ

WARNING: Look At What Just Hit March Of 2000 Levels, Which Triggered The Stock Market Crash CLICK HERE TO READ