On the heels of the metals heading higher after the Fed decision to raise interest rates, silver is coiled for a major upside move, now breaking out!

Silver Coiled For Major Breakout, US Dollar & Oil
June 14 (King World News) – This is from Andrew Adams at Raymond James: Oil at Interesting Spot – Crude oil remains comfortably below its highs of a few weeks ago and is struggling a bit to clear a couple of former support levels that now act as resistance (red lines). If WTI can’t climb back above $67 here in the near term and get back over those resistance lines, it could mean we see another attempt lower under the June lows.

U.S. Dollar Index Behaving Normally – Naturally, the U.S. dollar is being watched closely during all the global trade and tariff talk. Technically, though, it’s behaving in a fairly predictable fashion, with the 95 zone causing some resistance as expected. 93 continues to look like the likeliest near-term support area, so the 93-95 range may end up being a battleground in the near term. As we have written, however, the path of least resistance looks to have flipped back to the upside.

Path Of Least Resistance For The US Dollar 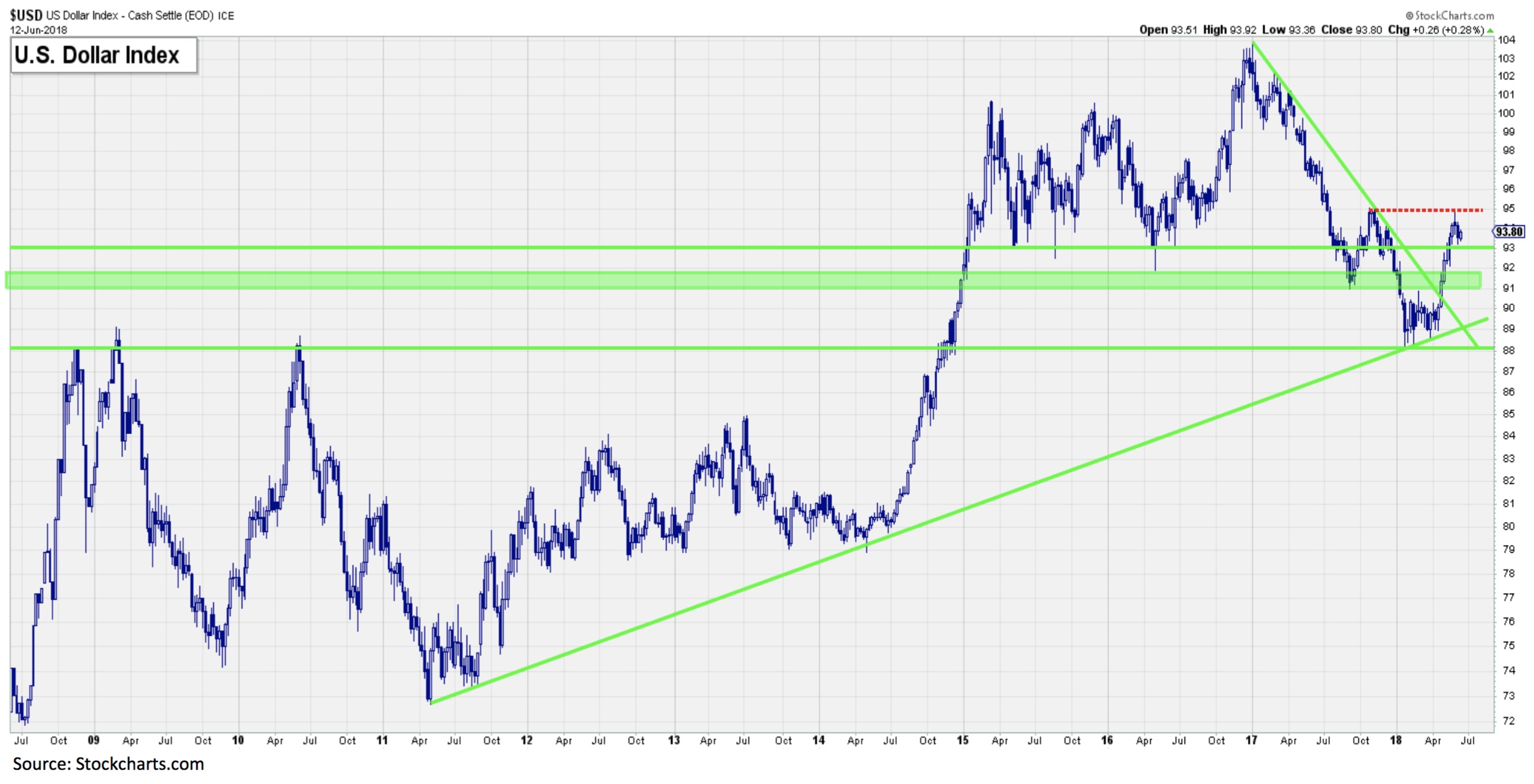 Watch Silver Here – While gold does not appear to be doing much right now, that other precious metal, silver, is close to breaking out to the upside of a large consolidation pattern and is worth watching. The metal has mostly coiled tighter and tighter over the last two years and could be poised for a big move once it decides on a direction.

The Dow Plunged More Than 650 Points, But Look At This…